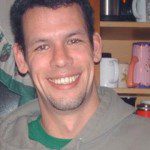 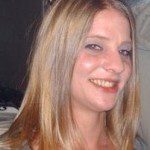 NORTHAMPTON – Jeb Daly, 36, of Huntington, was arraigned in Hampshire Superior Court Sept. 7 on charges of murder and misleading police in connection with the murder of his girlfriend, Jessica Dana.
Dana, 30, a mother of three, was reported missing Saturday, June 23 by Daly at the insistence of her family. Her body was found the next day wrapped in a blanket and stuffed in a pool box near an embankment at the couple’s home at 8 Rocky Brook Drive.
Daly is due back in court for a pre-trial hearing on Dec. 11, 2012.
Attorney Jeremy Bucci of the Northwestern District Attorney David Sullivan’s office is handling the case for the prosecution. Bucci released a statement of the case, disclosing details previously held during the investigation.
The statement’s factual summary includes acknowledgment of Daly’s cocaine habit, which was a source of contention for the couple, as was their financial situation.
“The couple had borrowed money from the victim’s parents to help move into the 8 Rocky Brook Drive residence and had been making small payments to repay her parents,” Bucci stated. “Meanwhile, however, the defendant had not been paying rent regularly and had been given an eviction notice by the landlord. Additionally, the defendant had recently had a federal tax lien levied against him for failure to pay income tax.”
The week of Dana’s murder, a large sum of money was taken from Daly’s check toward the lien and he told Dana’s mother he could not make a payment.
Bucci stated that the couple had friends over to drink June 22 and when her mother found out, she was upset that they had a party but could not pay her. Daly promised her a payment the next morning. When she arrived, Daly was home with the three children and he told her Dana had left the night before voluntarily after a fight.
He was the last person to see her alive, according to Bucci.
Daly continues to be held without the right to bail following his previous arraignment in Northampton District Court.  He has been in custody since June 24.