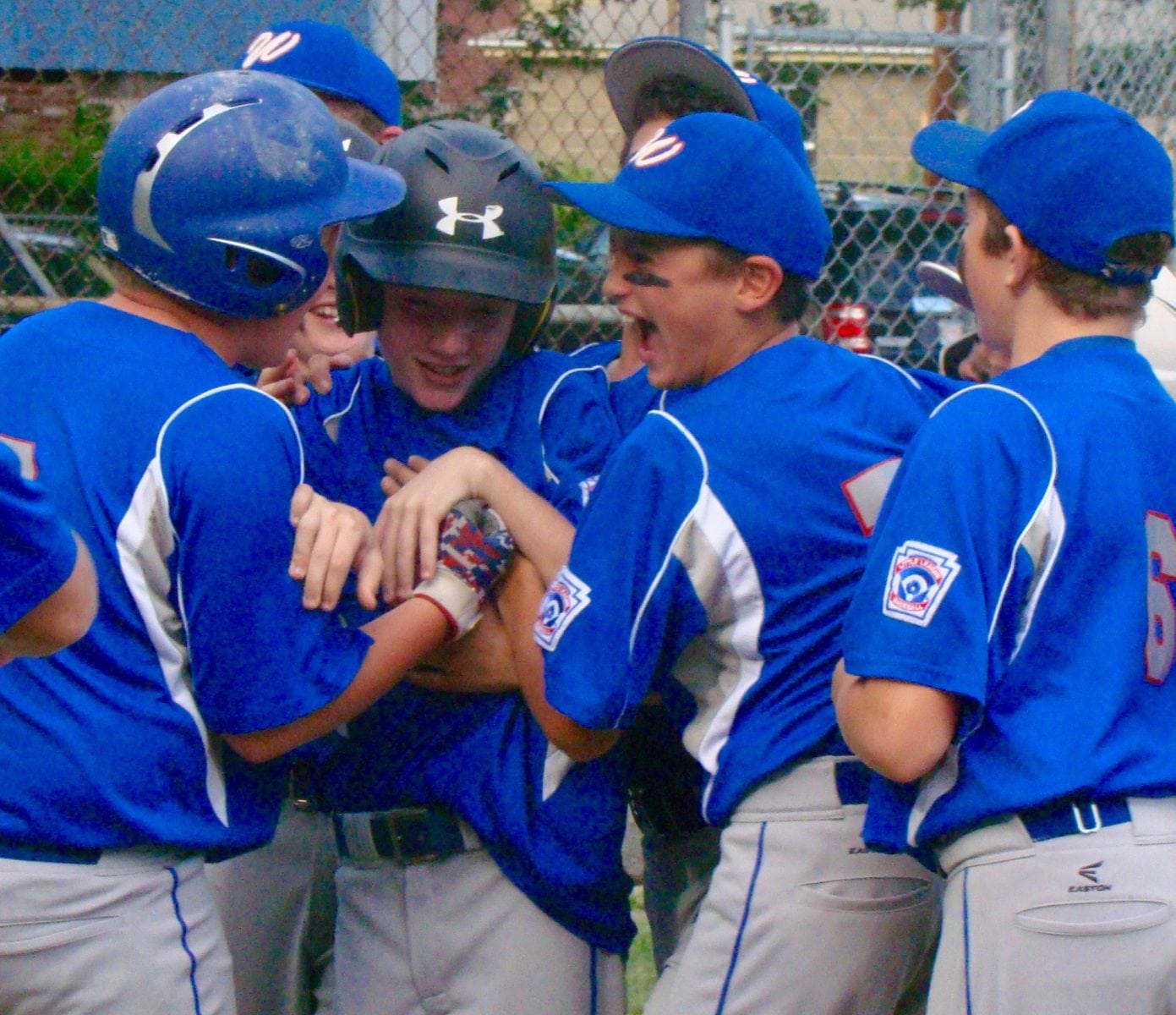 WESTFIELD – Better late than never.
The true Westfield Little League Baseball American All-Stars team never showed up in Pittsfield earlier this week. Now, they have arrived.
Westfield’s bats came alive, and American pitcher Joey Dekarski delivered at the plate and on the mound to eliminate Pittsfield National 8-2 Friday night at Ralph E. Sanville Memorial Field on Cross Street.
Pittsfield National jumped on top of Westfield American 2-0 on the bat of No. 3 batter Caden Frazier, who belted a two-run homer to right field, conjuring up horrific memories of a nightmarish start in the opener. 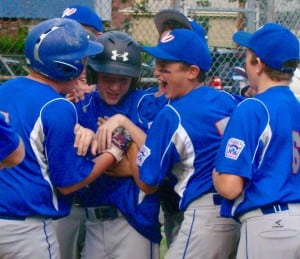 Westfield’s Little Leaguers failed to lower their heads, refusing to bow out of the tournament. Facing a must-win situation, the Americans bounced back in a big, big way.
In the bottom of the first, Tobey Barlow beat out a throw from the shortstop for a one-out single. No. 3 batter David Tirrell doubled to deep right field. Then Dekarski unloaded a three-run blast to take a 3-2 advantage, spurning a rousing celebration with all of his teammates at home plate.
The good times continued for the Whip City.
Westfield plated four more runs in the third to take a commanding 7-2 lead. The big hits in the inning included doubles from Jake LaBombard and Brennan Jarvis, the latter plating two base runners.
Jarvis tacked on an insurance run in the bottom of the fifth inning with an RBI single.
While the hitting – absent in a 12-0 tournament opening loss to Pittsfield National at Clapp Field in Pittsfield – provided much-needed pop for Westfield, the pitching enjoyed a reversal of fortunes in the second meeting as well.
Dekarski tossed a complete game gem, allowing just four hits. He struck out seven batters.
The only real blemish was the first-inning dinger by Frazier.
It was a 180-degree turnaround from Wednesday night when Pittsfield National enjoyed a 12-0 mercy-rule win over visiting Westfield. In that game, Pittsfield blasted three home runs, including a pair from Haywood Eurquhart. 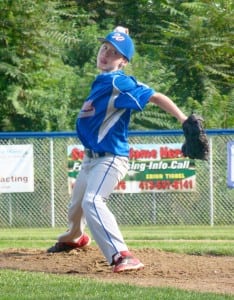 Eurquhart was not so fortunate this time around, going 0-for-3. He struck out twice.
Dekarski said pitching Eurquhart – and other Nationals – inside and low proved to be the key, as well as a certain swing that put a confident stride in his step.
“(That home run) boosted my confidence up,” Dekarski said. “It was a big game for us to beat Pittsfield.”
Westfield American manager Mike Raposo had nothing but praise for his winning pitcher.
“Joey was lights-out from the beginning,” Raposo said. “We made one mistake all day, an outside corner fastball.”
The pitch resulted in Pittsfield National’s only runs of the day.
“From that point on,” Raposo said, “Joey probably pitched the best game of his career.”
It was the sixth time that Westfield was forced to come back from a deficit this postseason.
“These guys just never give,” the American manager explained. “Now we have top play Holden, the reigning (sectional) champ, go into their house and come away with a win.”
Westfield returns to action Saturday at the CRA HIT Center in Holden at 3 p.m., needing to win to host a penultimate championship game back at Ralph E. Sanville Memorial Field on Sunday.