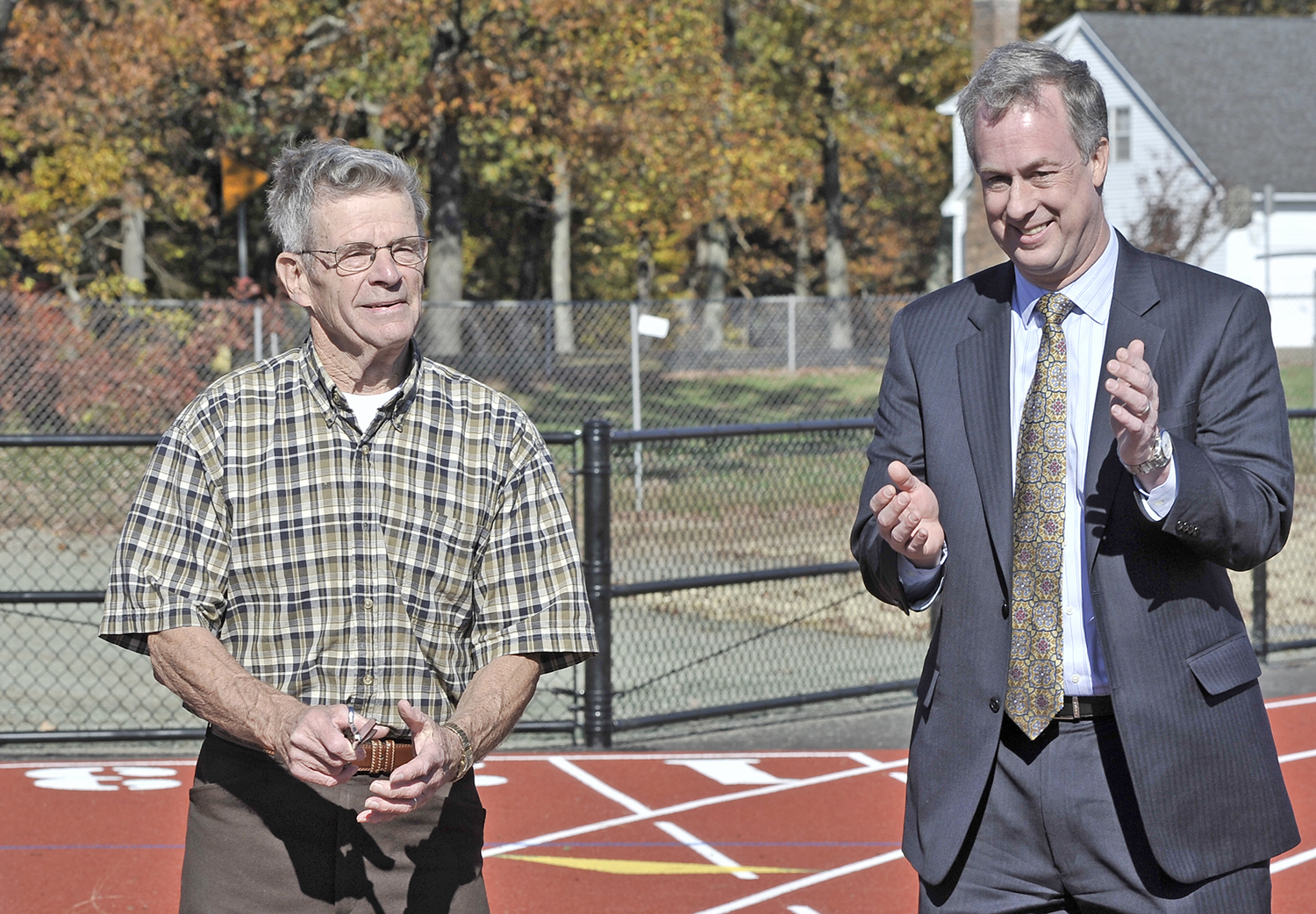 SOUTHWICK – Former longtime cross country and outdoor track coach from Southwick Regional High School, Dick Atkinson passed away earlier this week. While a huge void will remain around the sport for some time, Atkinson leaves behind a legacy that is sure to stand the test of time.
In a career that spanned decades, Atkinson coached numerous Southwick teams to Western Massachusetts championships. He oversaw the progression and eventual ascension of individual state champs Stetson Arnold (1972, ’73), Matt Behl (1992), and Andrew Pitts (2001). A math teacher at the high school, his calculative skills led to unsurpassed success on the local racing circuit.
Although Atkinson was inducted into the Mass State Coaches Hall of Fame in 1986, he sought no fame or glory. 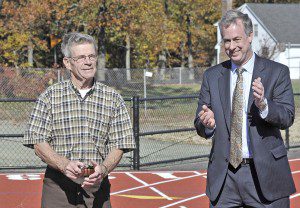 Atkinson made many strides to advance the sport. He founded the Western Mass High School indoor track league, organizing and running the non-league indoor meets at Amherst College, UMass, and Smith College for two decades before finally getting the high school league officially sanctioned by the state for the 2000-01 school year with the first meet held at Mount Holyoke College.
The high school indoor league now boasts some 1,000 student-athletes who compete on Friday evenings at Smith College.
Although coaching kids was what Atkinson was best known for, the Rams coach was also a long-time track official working high school, college, and international track meets. He helped with local summer all-comer meets, regional road races, and Springfield Van Horn Park Kids races; and competed in the Senior Games doing many events including pole vault, high jump, weight throws and running up into his 70’s.
In fall 2014, a brand new $750,000 outdoor track was named in Atkinson’s honor. Atkinson was inducted into the Western Mass Runners Hall of Fame in 2020.
“He was an amazing man and a legendary coach,” current Southwick cross country coach Kevin Pfau said. “While my kids are too young to have known him, I tried my best to convey to them the importance of them going out there and giving their best.”
On the very same day that he passed, the Southwick boys and girls cross country teams swept their opponents, Westfield Technical Academy and St. Mary’s.
“I was very pleased that both the boys and girls came away with two wins each in his honor,” coach Pfau said. Southwick sophomore Nick Sikand had the honor of setting the initial course record on the new 3.0 mile cross country course, winning in a time of 21:02. – Material from the WMRunnersHOF was used in this article.