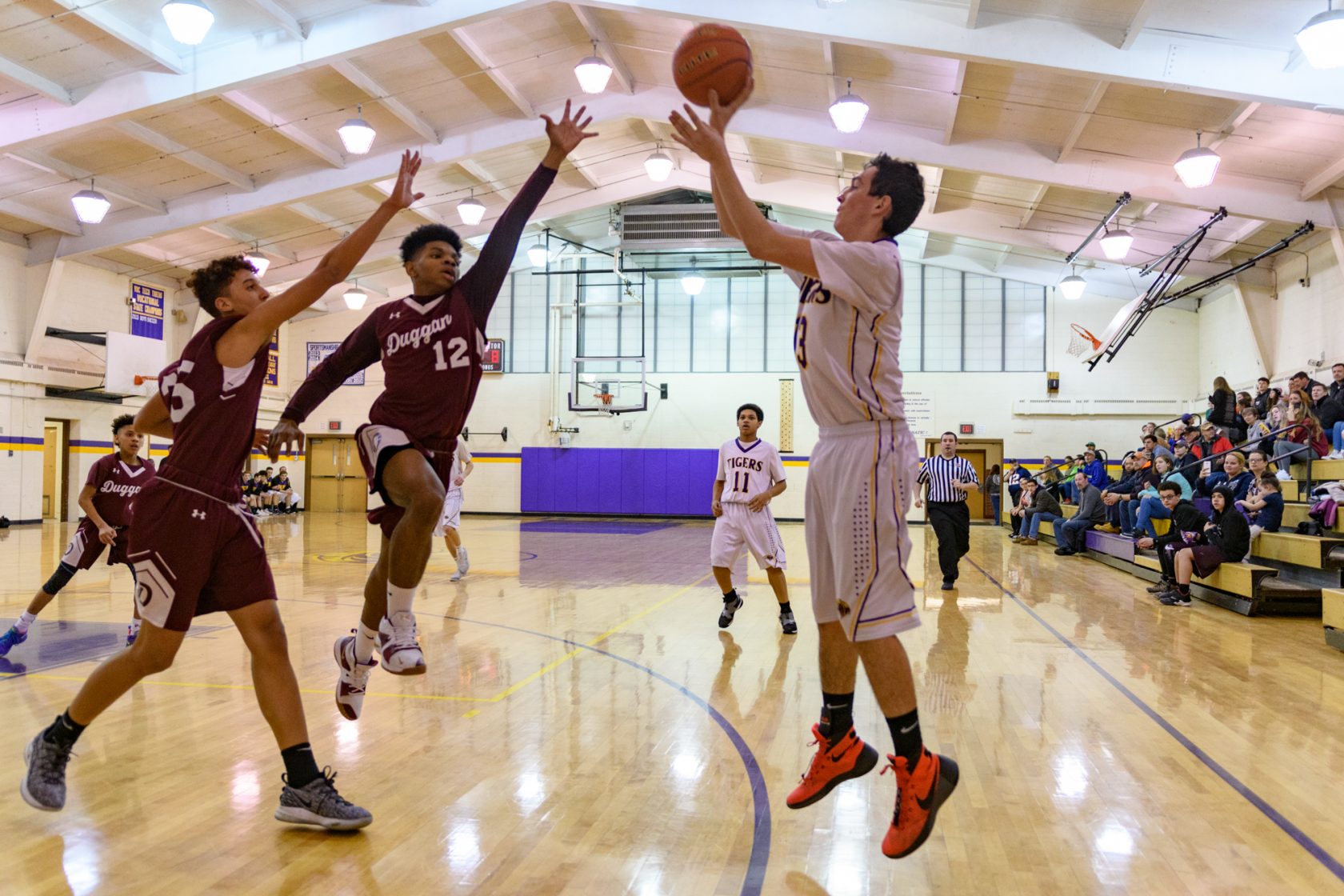 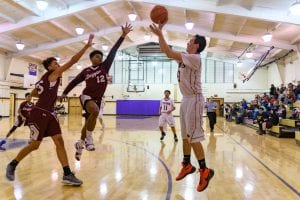 WESTFIELD – It was a nip-and-tuck game for three quarters, and then the wheels fell off (or even two shiny rims for that matter).
Duggan Academy put forth a fourth-quarter explosion, extending its six-point lead when Westfield Tech’s big men fouled out en route to a 79-62 win over the Tigers in a high school boys basketball game Friday night.
“The game got physical and there were many stoppages in the game,” Westfield Tech coach Kyle Dulude said. “Things didn’t go our way at times.”
Brody Zabielski led Westfield Tech with 19 points. Tigers’ Josh Bush recorded a double-double with 10 points and 10 rebounds. David Tikhonchuk and Derien Wilson Grant each had seven points.
“I was pleased with their efforts,” coach Dulude said. “Duggan is a tournament team and we know some little adjustments we will need to make if we qualify. Right now we need to focus on the day-to-day and get ready for our next league game.”

BOYS BASKETBALL
Panthers rally past Rams
Palmer 40, Southwick 32
Palmer rallied from an 11-4 deficit as Southwick’s offense struggled the rest of the way.
“We held them to 40 … but couldn’t put them away,” Southwick coach Peter Fiorentino said.
Connor Roy and Cade Billings led Southwick with 10 apiece.
With the loss, Southwick must now win three of its final five games to qualify for the postseason.