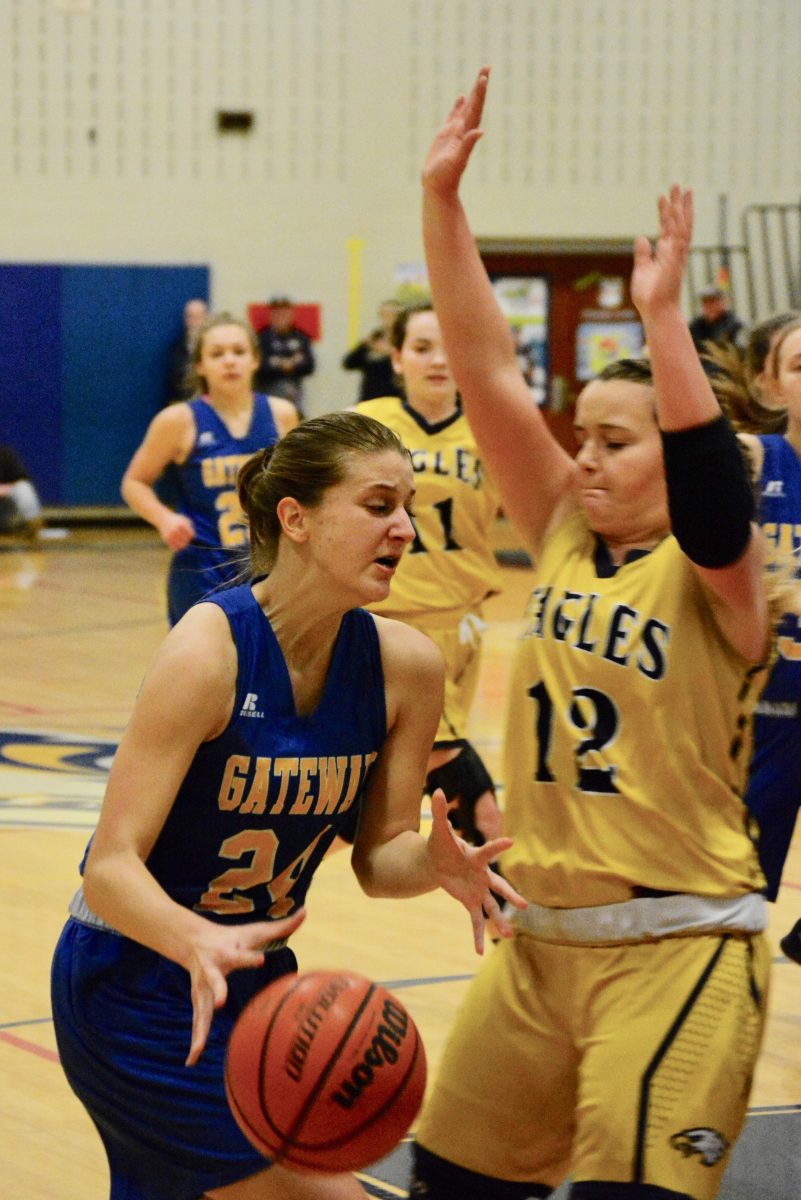 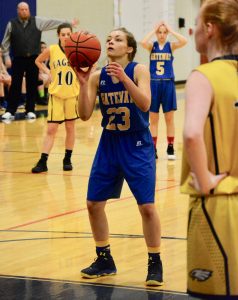 SHEFFIELD – The high school basketball postseason tipped off in earnest Monday night with one local team attempting to mount an uphill climb on the road in the first round.
No. 12 Gateway opened the West Division 4 girls’ hoops tournament at fifth-seeded Mount Everett. The host Eagles (12-9) raced out to a 19-5 first quarter lead, equaling the Gators total offensive output in the first eight minutes en route to a 55-19 victory. 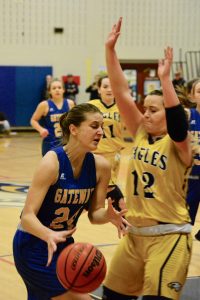 Mount Everett stormed out of the gate with a 7-0 run, forcing an early Gateway timeout just 1:41 into the first quarter. The Eagles quickly took a double-digit lead, 14-2, before Rebecca Herman drained a 3-pointer for the Gators with just over four minutes remaining in the opening period.
Mount Everett outscored Gateway over the final four minutes of the quarter to go up 19-5. The Eagles exploded in the second quarter, gaining command of the game by outscoring the Gators 15-0.
Mount Everett continued to stifle the Gateway offense. The Eagles allowed just seven points in each of the final two quarters to preserve their victory.
Mount Everett’s Gwen Carpenter led the way with 18 points. Eagles’ Marion DeVoti finished with 10.
Gateway’s Megan Wright scored a team-high 10 points. Becca Herman had five for the Gators, and Angela Wright and Hannah Duggan each had two.