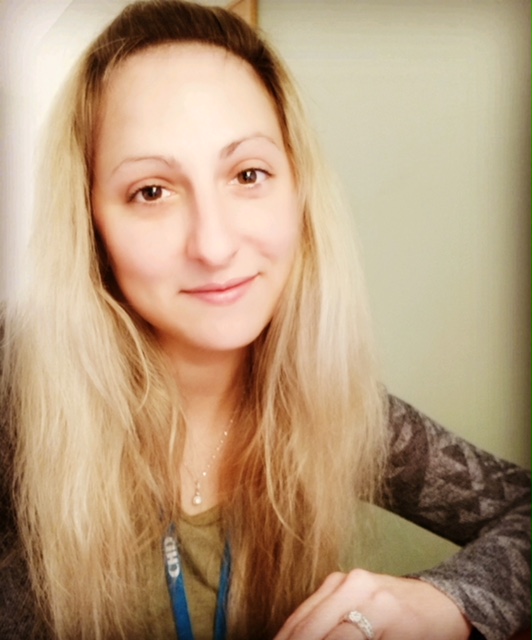 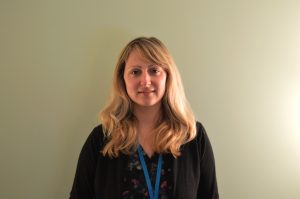 SPRINGFIELD – “The idea of throwing up was introduced to me by another teenaged girl,” said CHD’s Sarah A. Sabbides. “It ended up becoming much more than a simple behavior”.

Years later, Sabbides is a Licensed Clinical Social Worker, Team Coordinator and Clinician for CHD, the Center for Human Development. Her team assists individuals referred by the Massachusetts Department of Mental Health to rehabilitate and live independently in the community. Through her professional training and her own lived experience, Sabbides guides clients in making healthy choices to live more productive lives. When she was a teenager, she didn’t have such helpful advice.

“I was a varsity gymnast in high school,” she recalled, “and there were several factors that led to my involvement in eating disordered behaviors.  As a teenager I was experiencing the stress of social influences, pressure of keeping my grades up, applying to colleges, managing a relationships, etc.  A teammate considered herself helpful by introducing me to the idea of controlling my food intake.

“It actually felt good for a while, I didn’t consider it a disorder, but things changed when I went to college and lived away from home for the first time. What started off as a seemingly harmless behavior quickly became out of control and my relationship with food became dangerous. Exhibiting control over my eating was the only way to control the mounting anxiety that can, sometimes, go along with college life.  It quickly got to a point where my whole life revolved around it.” 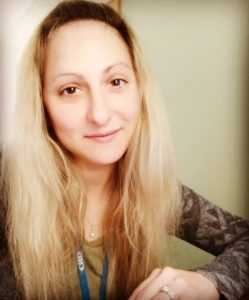 According to the National Eating Disorders Association (nedawareness.org), some 30 million Americans struggle with an eating disorder. Anorexia and bulimia are actually the most lethal of all mental health disorders. Eleven million Americans suffer from these disorders, 87 percent of them are under age 20, and nine of ten are female. Sadly, only one person in ten suffering from an eating disorder ever receives the treatment they need.  National Eating Disorders Awareness Week is February 26 – March 4. It is an opportunity to join or start a conversation to help raise awareness, discuss body image issues, and start a journey to healing.

“People with an eating disorder often have lived through trauma, substance use, or other co-morbidities,” said Sabbides. “The behavior of compulsive eating (binging) can symbolize the “stuffing down” of emotional pain – when they purge – they can feel like they are lighter physically and also lack the heaviness of emotional baggage.”

While people with eating disorders come from all racial, ethnic and socio-economic backgrounds, teenaged girls are the group most impacted. They are susceptible to body image issues that can lead to harmful behaviors, and their concerns begin as early as age six. These concerns can lead to mental health conditions such as depression, anxiety, low self-esteem, and phobias related to weight gain. All of these can contribute to eating disorders.

“To help the person with an eating disorder we want to arrest the behavior, but to aid in recovery we need to also deal with the wellness of the whole person,” said Sabbides. “An eating disorder is a serious issue in itself, but when there is co-morbidity – something else going on than just the need to be thin – the impact on someone’s mental and physical wellness can quickly get out of hand. It can be fatal.”

Sabbides said her own experience impacted her undergraduate studies. She recalled, “At the time, there were only inpatient mental health facilities that lacked training in treatment of eating disorders in this area. These facilities are able to establish control over the behaviors, but they didn’t address the underlying issues. Eventually I regained control, but it led to my research on eating disorders. The topic went from my problem to my wheelhouse.”

Sabbides pointed out that anorexia and bulimia, the two most common eating disorders, are often confused. Someone with anorexia considers themselves overweight even though they are typically underweight, often in the extreme. Symptoms can include extreme dieting, fear of gaining any weight, distorted body image, self-esteem issues, and excessive weighing. Over time, people with anorexia can become malnourished, developing thinning bones, brittle hair and nails, low blood pressure, infertility, and damage to the heart and brain. Anorexia has the highest mortality rate among eating disorders.

Someone with bulimia has frequent episodes of eating unusually large portions of food without self-control. This binge eating is followed by vomiting or use of laxatives or diuretics. Excessive exercise is also common. Symptoms include sore throat from vomiting, acid reflux, worn tooth enamel from repeated exposure to stomach acid, intestinal distress, severe dehydration and electrolyte imbalance.

“Someone who is anorexic looks skinny and is starving themselves, so the signs can be outwardly visible,” said Sabbides. “When someone is bulimic, normal weight can be maintained so it may not be evident to others.” With either disorder, emotional pain and anxiety may be involved, and professional help is crucial to return a sufferer to healthy behaviors and habits.

“Overall, people are not well educated about the broad spectrum of eating disorders,” said Sabbides. “As a result, there is a stigma attached that simply isn’t deserved. It can be hard to look at someone who is very thin or overweight and see that they are suffering. It can be hard to understand why someone anguishes over body image. There can be other things happening that compound the problem. But help is available. Someone struggling with an eating disorder can get help to recover physically, emotionally and socially – to become well, as a whole person. Anyone can call 844-CHD-HELP and start the conversation.”