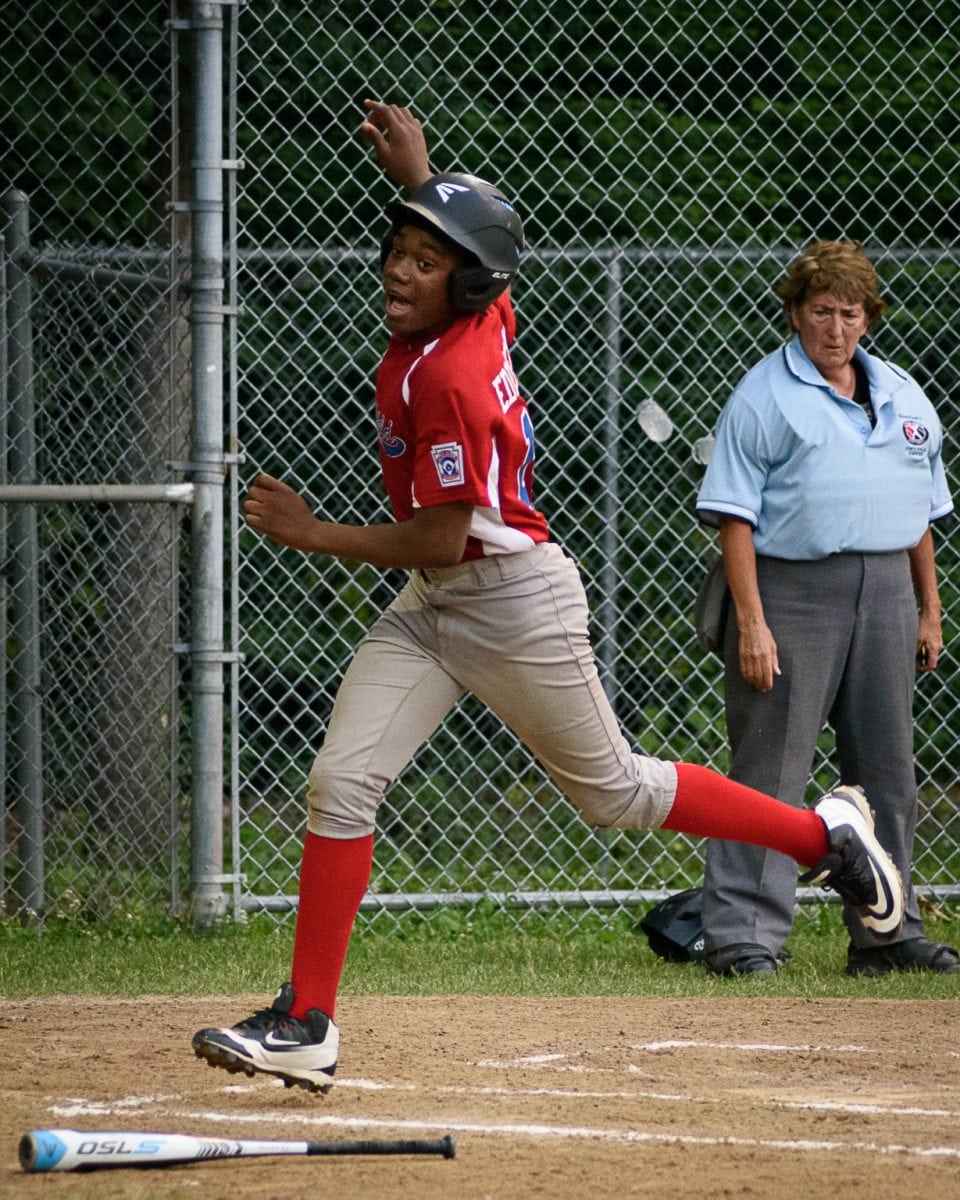 WESTFIELD – Throughout the years whenever the Little League teams from the city’s north and south sides, and, more recently, the American and National All-Stars met, the records were of little importance.
That was the case again in the latest Whip City matchup.
Kaevon Eddington homered twice, including a three-run walk off dinger to lead Westfield National to an upset of playoff bound Westfield American 7-5 Tuesday night at Paper Mill Field.
Despite the win, Westfield National was eliminated from playoff contention with a final record of 3-3 in pool play.
“We’re out of the tournament, but we did it for the team,” Eddington said. 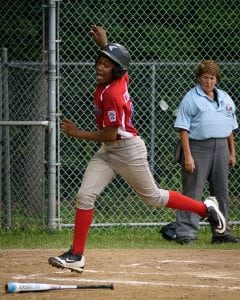 Westfield National showed early on that it was not going to just roll over for the Americans.
After Westfield American turned an early double play when the second baseman fielded a fly ball and doubled off the runner at first to get pitcher Josh Wagner out of an early jam in the bottom of the first inning, Jacob Mello smoked a one-run double down the left field line for a 1-0 lead.
Westfield American bounced back quickly, striking for a run of their own in the top of the second. After a one-out hit from Eli Petrone and a two-out hit from Colby LaPoint, Deven Werbiskis smacked an RBI single to left field for a 1-1 tie.
The tide continued to favor the blue jerseyed players from Cross Street.
Josh Wagner singled to begin the third for Westfield American and Andre Paneuf walked. Pinch hitter Frank Maffia advanced the runners. Then pinch hitter Paul Lawry drilled a two-run single up the middle for a 3-1 advantage.
Westfield National cut the deficit to one in the bottom of the fourth with an RBI double from Evan Grant (4-for-4) to the deep left field corner. They tied it in the fifth when Eddington hammered a solo homer over the left center field fence.
In the same inning, Mello manufactured the go-ahead run, collecting a base hit, stealing second base, advancing to third and scoring on an error.
The drama continued to unfold.
LaPoint led off the top of the sixth inning with a booming double to right center field. Werbiskis singled and stole second base. A series of miscues, including a wild pitch scored what at the point in the contest appeared to be the game-tying and game-winning runs, but that did not turn out to be the case.
In the bottom of the seventh, Grant singled and Dylan Gibson walked, setting the stage for Eddington, who hit a towering 3-run homer over the right field fence to end it.
“This showed that we can fight … that we can beat anybody,” said Eddington, who admitted that he will still root for the opposition, who field several of his classmates from school.
In other games, the Longmeadow 10-Year-Old All-Stars edged Westfield National 3-1. Westfield American topped Agawam, 18-8.