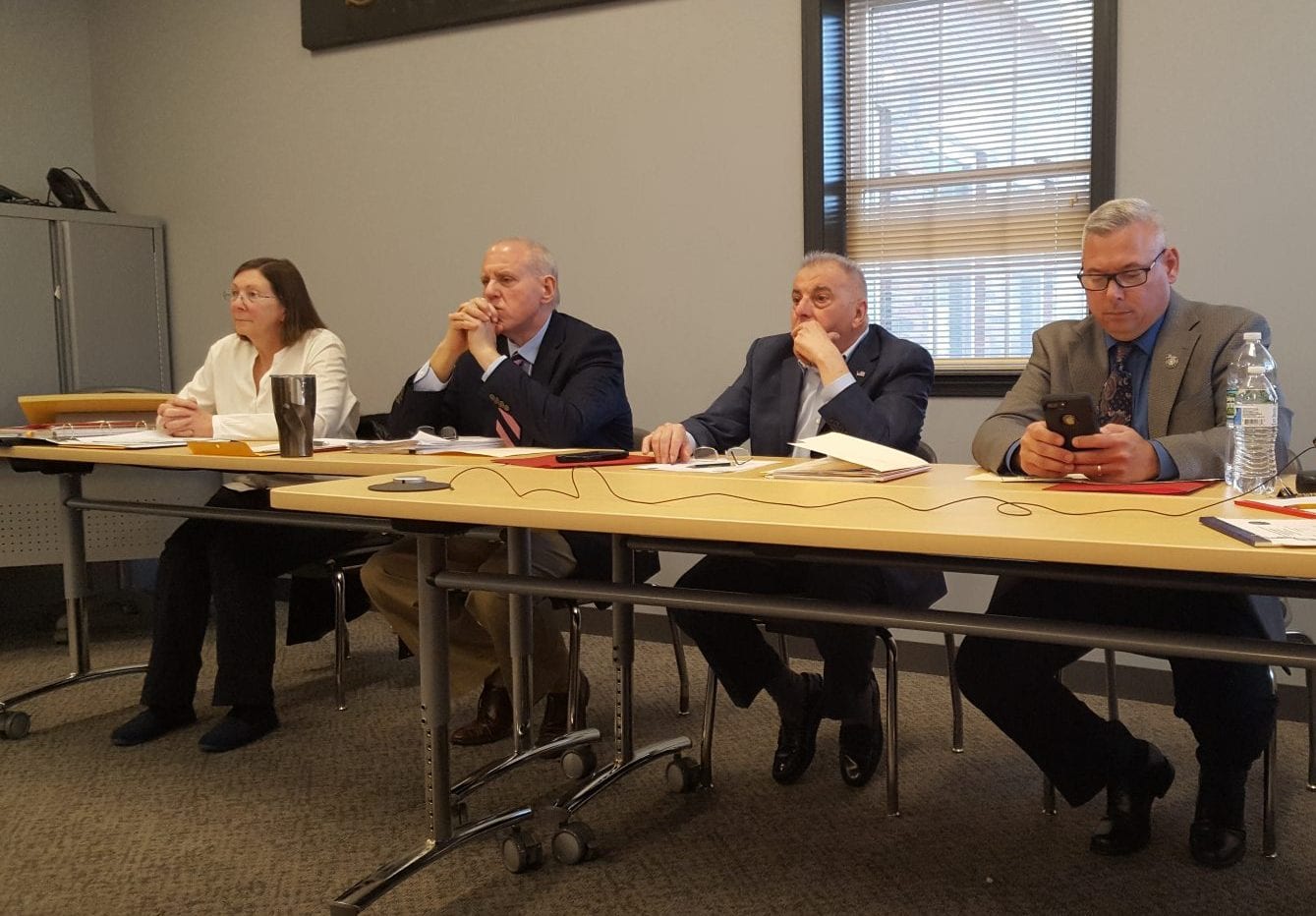 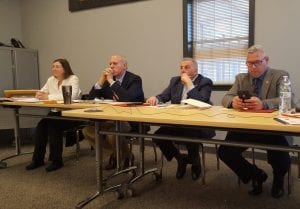 Emmershy referenced ‘unresolved business’ that he wanted the commission to address before a vote took place. He did not give any specifics, however, Egloff was part of a sexual assault investigation that included three Westfield firefighters. A report from an outside attorney that investigated the allegations cleared Egloff of any wrongdoing. Those firefighters filed complaints in January that there was retaliation against them in the department. The claims are still under review.

Emmershy also claimed that he had been the recipient of harassment stemming from the fact that he streams the Fire Commission meetings on Facebook Live. Emmershy was interrupted by Commissioner Bennett, who asked if he had filed a police report for harassment. Emmershy said that he did not.

“We mentioned very clearly last meeting that we are waiting for a judge,” said Bennett, “We are going to address everything, but we are going to do it in order. This department has to move forward. We have open positions that by civil service law, have to be filled.”

Bennett then reiterated that Emmershy should file a police report if he was indeed harassed.

“That’s very serious, and this commission and everyone else should take it very seriously,” said Bennett.

Councilor Andrew Surprise dropped off a letter prior to the meeting that was entered into public record. The contents of the letter were not read out loud Monday night.

The commission publicly interviewed Egloff for the chief’s position. He was the only person who was eligible to take the spot, because he was the only one in the Westfield Fire Promotional List for the position. Egloff gave an opening statement and answered questions from each of the three commissioners before they voted.

Egloff spoke about his experience and career as a firefighter. He became a firefighter at Barnes Air Force Base after having worked there for six years. He took the civil service exam in 1994, after which he was hired to the Westfield Fire Department. In 1997 he wanted to go to the Fire Academy, despite it being unnecessary due to him having been on the job for a few years at that point. He was not allowed to go to the academy, so he instead went and got his associates degree. He said it took him 10 years to get the degree due to being a father. He then chose to go the academy on his own time and out of his own pocket.

At the end of February of this year, Egloff received his Bachelor’s Degree in Fire Science from Anna Maria College. He is now projected to graduate with a Master’s Degree in Public Administration from Westfield State University in April of 2020.

Egloff said much of what he has learned about being the chief came from former Chief Regan.

“Mary Regan was a mentor to me, and she mentored me mainly on the administrative parts of this,” said Egloff.

Masciadrelli asked Egloff where he saw himself and the fire department in the next five to 10 years. Egloff said he hopes to keep the department moving forward by embracing technology. He also said he would like to expand the Fire Prevention Office to have more than just one person. Part of said expansion would involve going paper-free and doing more building fire inspections.

Egloff added that he wants to change the way people are treated by ambulance. He wants to use a system called Mobile Integrated Healthcare, which would make ambulances more of a treatment center than a transportation tool.

“Instead of these people going to the emergency room, where the bill is $1,800 or so for something minor, we do it, and we get paid for it,” said Egloff, “It is a revenue generator.”

Masciadrelli then asked Egloff how he would go about motivating his firefighters and inspiring the staff to be the best they can be. Egloff’s response was that money is not the ideal motivator, but effective leadership can be what they need.  He added that giving his staff proper recognition is important as a motivational tool as well.

Egloff was then asked about his strongest and weakest attributes and how they would affect his job. He cited his weakest attribute as his desire to ‘be one of the guys.’ He acknowledged that such behavior is not acceptable if he is at the rank of deputy or chief.

Egloff was asked how he would deal with a subordinate who was acting out of line, and how he would handle it both formally and informally. He said that in the case of a normal firefighter, he would speak privately with that firefighter’s officer, who would tell his captain who would then deal with it himself.

“If it gets to the level of the chief, it’s gone too far,” said Egloff, “We should try to go and fix everything in the fire department at the lowest possible level.”

He added that one of the mistakes he has made in the past was letting things go and not writing people up when he should have.