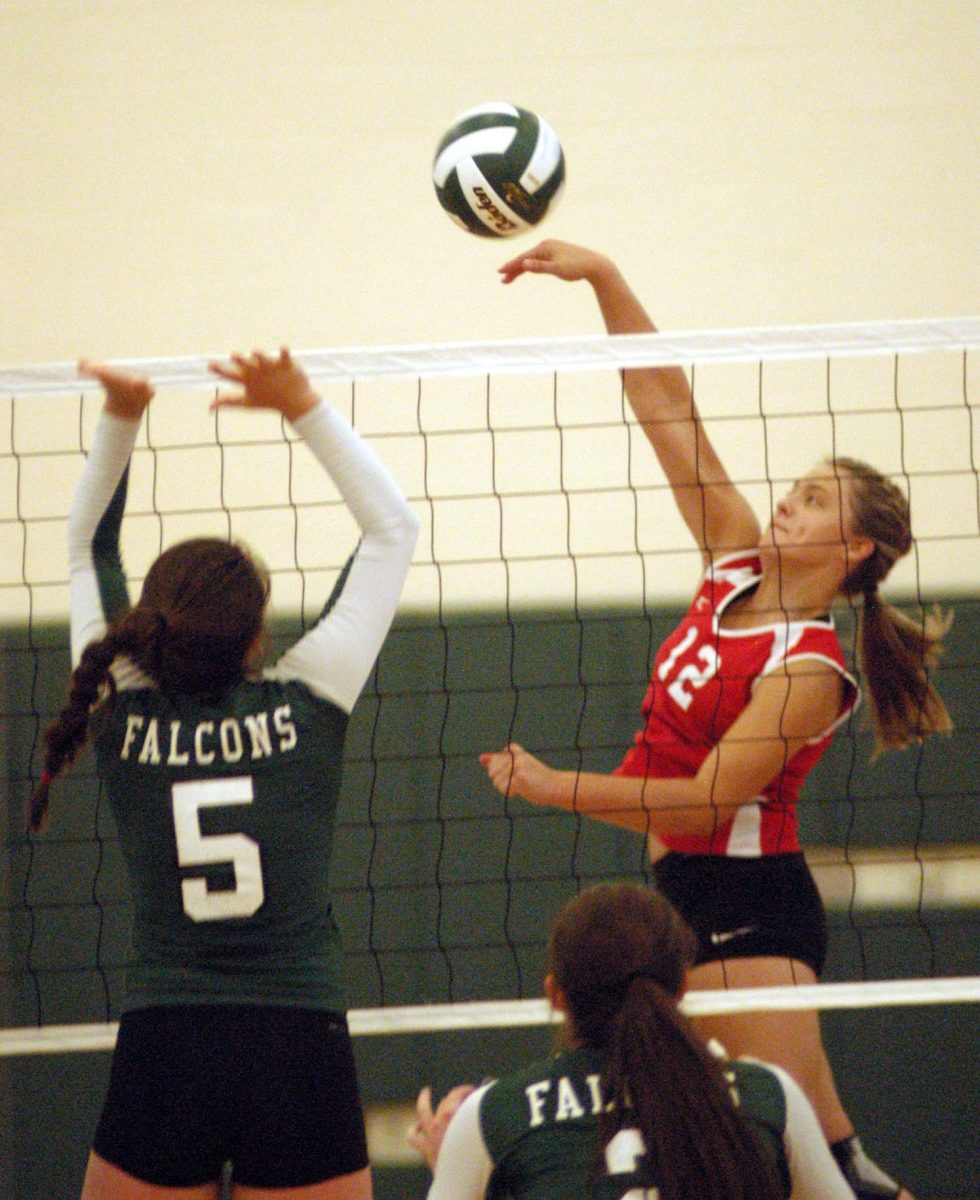 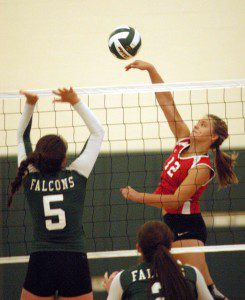 WILBRAHAM – The Westfield High School girls’ volleyball team had unbeaten Minnechaug on the ropes – for one game – before the sleeping giant awoke.
Minnechaug rallied from one game down to defeat visiting Westfield 19-25, 25-12, 25-13, 25-16 Wednesday. The Falcons improved to 7-0.
In the first game, Westfield pulled away late with solid serves from Alexa Morin and Maddy Atkocaitis. Chiara Manfredi put the finishing touches on with a wicked overhand serve for the 25th point.
Minnechaug arose to the challenge. The Falcons stormed back with a 25-12 victory in the second game.
Westfield stood tall early in the third game. The Bombers took a 3-0 lead before Minnechaug rallied for five consecutive points. The Falcons went on a roll, relying on the arm strength of Paulina Modesto (14 kills), who knocked down the Bombers like bowling pins.
Minnechaug continued to be on their “A” game in the fourth set. Still, Westfield made some noise late when Kelsey Johnstone four straight aces, and five of six in the Bombers’ late 8-0 run.
Johnstone also had eight assists. Atkocaitis finished with eight kills.