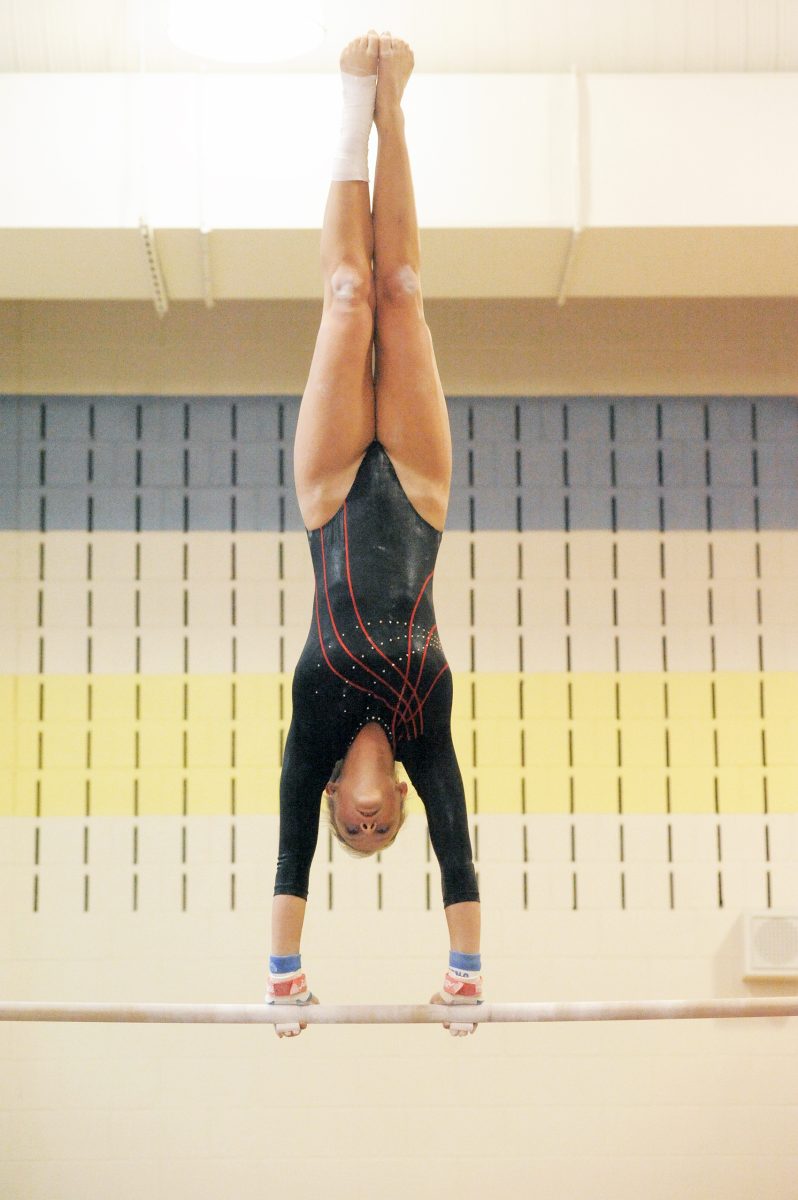 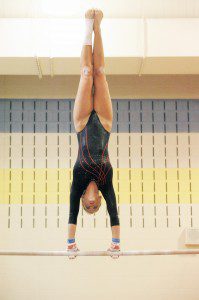 CHICOPEE – Despite the fact that some of the faces have changed, one thing remains the same – the Westfield gymnastics team is still at the head of the class.
Westfield, the six-time defending west sectional champs, opened the 2013 season with its 79th straight victory, a 132.45 to 128.8 win over host Chicopee Comprehensive Wednesday night.
Taryn Hamel led Westfield with a winning All-Around score of 33.6. Hamel was first on the balance beam (8.9), and second on vault (8.45) and floor (8.85).
Westfield’s Brendan Whitman (vault, 8.5) and Sarah Hogan (uneven bars, 8.3) finished first. Hogan also placed second on beam (8.8).
Other notable finishes for Westfield included: Becky Cyr (vault/3rd/ 8.4), Maeve Reynolds (bars/3rd/7.55), Josh Burrage (floor/3rd/8.4), and Ashley Bonavita (beam/4th/8.35). Bonavita was third All-Around with 31.3.
Westfield freshman Kendall Neidig left a lasting impression with fans. The Bombers fresh new face finished with an impressive 31.1 in the All-Around competition.
“It was a great start to the season,” longtime Westfield coach Joanne Hewins said. “There were some first meet jitters and some kinks we have to work out, but I’m happy with the overall performance.”
Westfield will look to extend its streak next Tuesday, October 1, in a rematch with Chicopee Comp at Minnechaug Regional High School at 6 p.m.