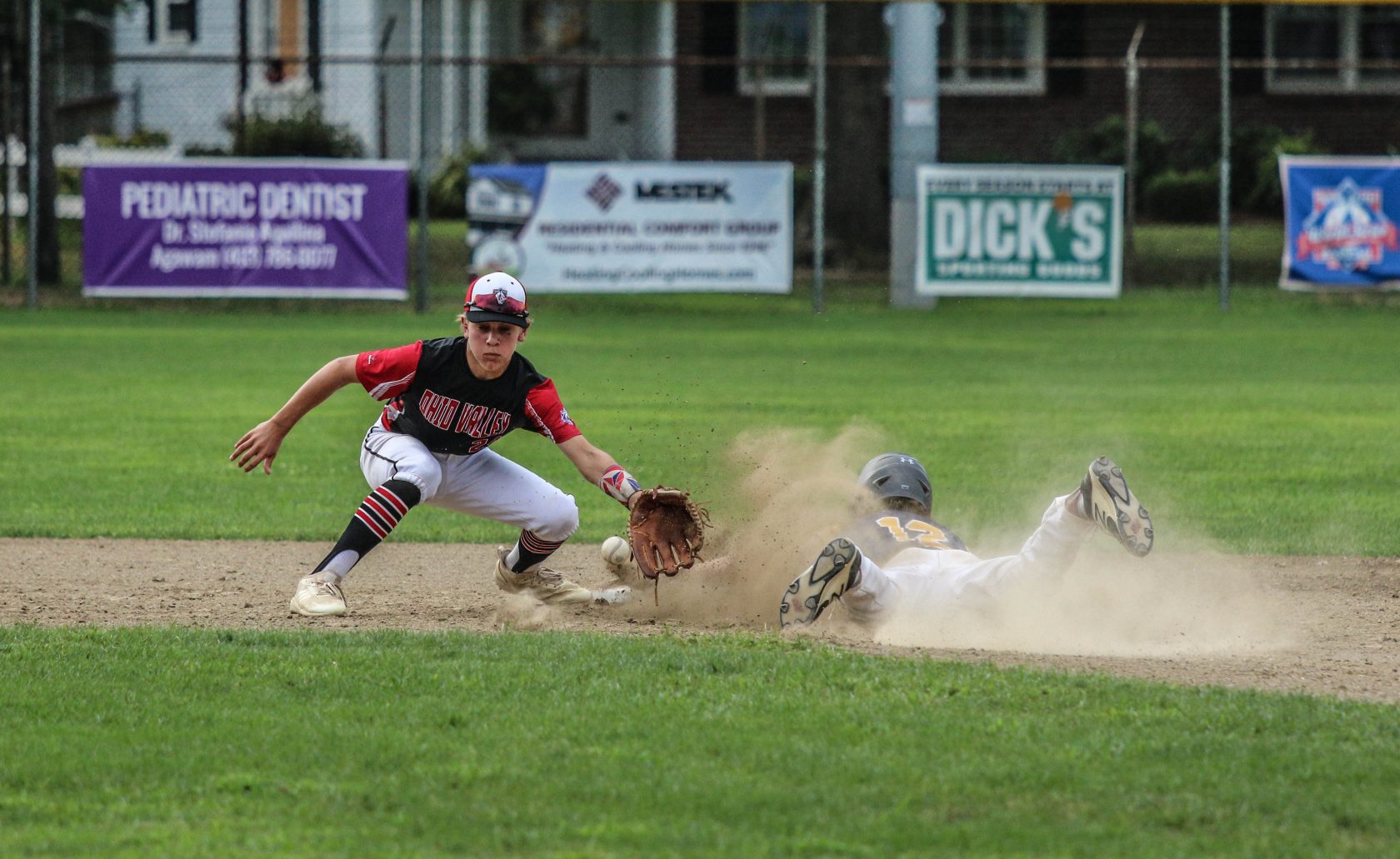 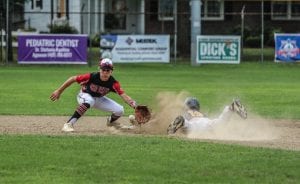 WESTFIELD – It’s official – Fargo (North Dakota) is going to the finals.
Clean-up batter Jaxon Beiswenger went 4-for-4 with three RBIs to lead Midwest Plains champion Fargo past Ohio Valley champ Janesville (Wisconsin) 8-5 in a Babe Ruth 13-Year-Old World Series semifinal Wednesday at Bullens Field.
Fargo advances to play southeastern representative Greenville (North Carolina) in a one-game championship Thursday at Bullens Field at 6 p.m.
“We knew could push through it and if we worked as a team we could get it done,” Beiswenger said. “At the beginning of the tournament I wasn’t doing so well, but my team helped me push through it. Today, I had a pretty good game at the plate.”
Beiswenger’s three RBIs proved to be the difference.
Janesville scored first. Aiden Schenk, Tre Miller, and Nick Gregg drew consecutive one-out walks to begin the game. Denver Hughes smacked a two-out line drive single up the middle for a 1-0 lead.
Fargo bounced right back.
Connor Holm drew a lead-off walk in the bottom half of the inning. Two outs later, Beiswenger belted a run-scoring single into left field for a 1-1 tie.
Janesville responded.
With two outs in the top of the second, Taye Sihabouth singled and stole second base. Schenk followed with a RBI single to right field to help Wisconsin reclaim the lead, 2-1.
The early seesaw battle tilted in favor of Fargo in the third.
Adam Leininger got things going with a two-out single. Jordan Leininger walked. Adam stole third base, then Jordan stole second. Beiswenger followed with a run-scoring hit to right field. An overthrow at home plate allowed another run to score to give Fargo a 3-2 advantage.
Janesville continued to battle.
A two-out single from Tre Miller in the top of the fourth and a subsequent run-scoring error tied it again 3-all.
Fargo’s next response was even louder.
It started with a Drew Rerick walk in the bottom half of the fourth. Bo Meier hit a line drive single up the middle. Charlie Kalbrener followed with a well-placed sac-bunt that moved the base runners over. A fielder’s choice made it 4-3. A RBI line drive single up the middle gave North Dakota a 5-3 advantage.
Fargo extended its lead in the fifth inning. Jordan Leininger doubled to left field. Beiswenger singled through the right side, moving Leininger to third. Beiswenger stole second base. A wild pitch made it 6-3.
Janesville fought back.
Sihabouth singled to begin the sixth and stole second. Miller and Gregg walked with one out to load the bases. An infield error cut Janesville’s deficit to two runs. A fielder’s choice brought Wisconsin within one.
“We were a little nervous,” Beiswenger said, “but we’ve done it before and we (knew we) could push through and be fine.”
Fargo responded with two runs, scoring on a Beiswenger RBI single, and an ensuing run-scoring error to go up 8-5.
In the seventh, Janesville made a big push with a two-out double from Sihabouth, and consecutive walks from Schenk and Miller. A strikeout ended the threat though and the season for the Ohio Valley.
The Midwest Plains was rolling on.