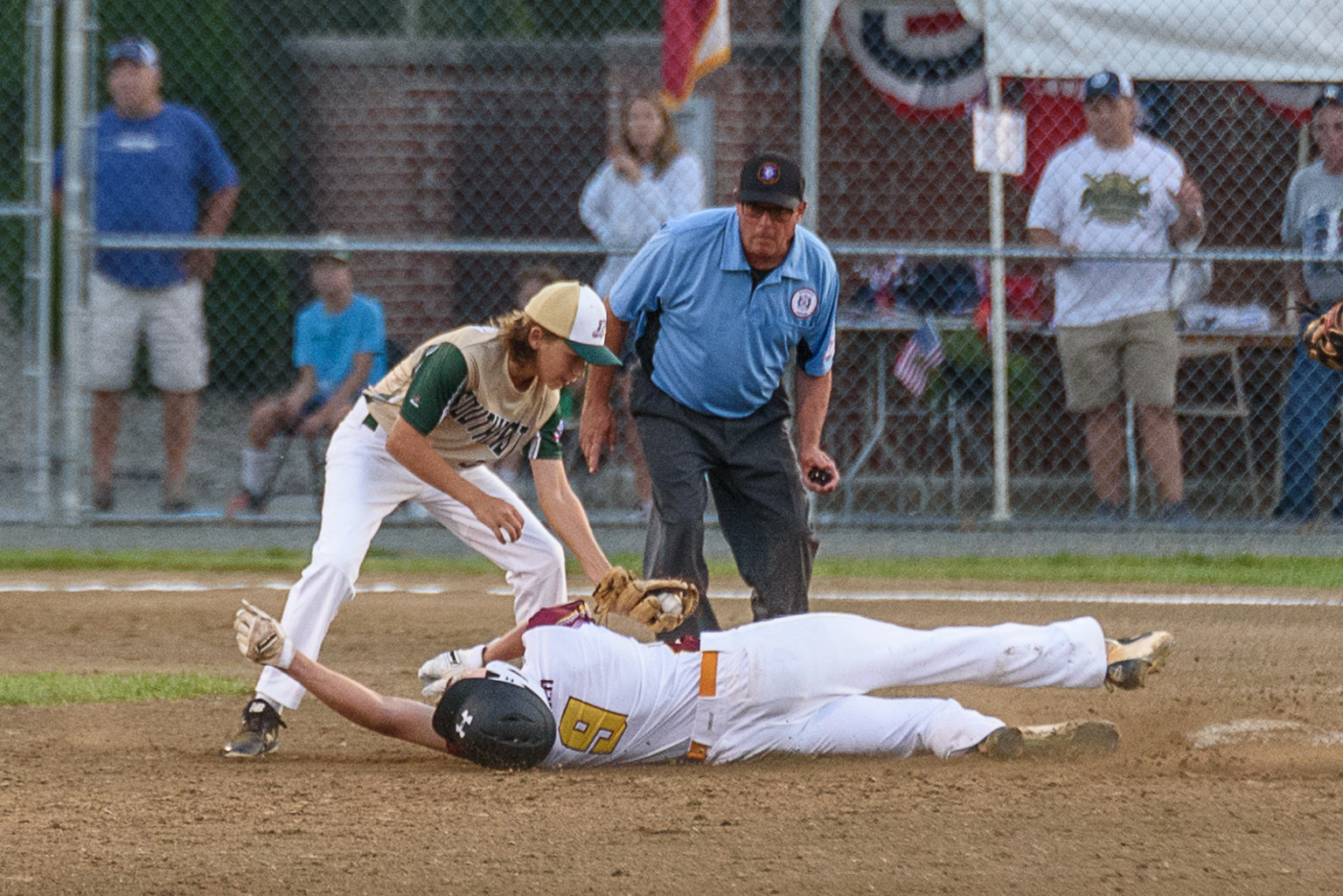 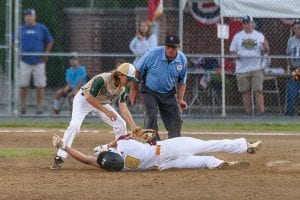 WESTFIELD – Dreams do really come true.
Pinch-hitter Caleb Overby came off the bench to lay down a perfect bunt, forcing an overthrow on the play to score the game-winner in the bottom of the seventh inning as Southeastern champion Greenville (North Caroline) rallied past Southwestern champ Meridian, Mississippi 7-6 in a Babe Ruth 13-Year-Old World Series semifinal Wednesday night at Bullens Field.
Greenville rallied from a four-run deficit, scoring four runs over the game’s final three innings.
North Carolina began to chip away in the bottom of the fifth. Alex Popovich doubled with one out, and advanced to third on a passed ball. Davis Hathaway walked. Popovich scored on a fielder’s choice to pull his team within 6-3.
In the bottom of the sixth, Greenville came alive. Cole Smith and Andrew Wallen powered their teams by smashing RBI doubles, stirring the crowd into a frenzied cheer. A run-scoring single from Colin Woolard tied the game at 6-all bringing their side of the stadium to a near-deafening roar.
In the seventh, Popovich walked and advanced on a wild pitch. Davis Hathaway walked, setting the stage for Overby’s bunt-winner. The attempt to throw out Overby soared past the first baseman out of play, sending the base runner home, Greenville out onto the field in celebration, and their team into the title game.
“It was crazy,” Overby said. “(I told myself) don’t strike out … and ran as fast as I possibly could.”
Greenville actually led at the outset, 2-0, but a big fifth inning from Meridian put them in a tough spot.
Braxson Cornish reached on an infield error for Meridian in the fifth and stole second base. With one out, Demarion Terrell singled, and Paryn Bland walked to load the bases. Another walk, this time to Brett Busbea tied the game. Cannon Graham unleashed a two-run double that resulted in another run when the throw got by the catcher at home plate. Mitchell Butler hit a RBI single to make it 6-2.
The lead would not stand.
“(It took) hard work,” Overby said, “but we didn’t fold.”
Greenville advances to play Fargo (North Dakota) in the championship game Thursday night at Bullens Field at 6.