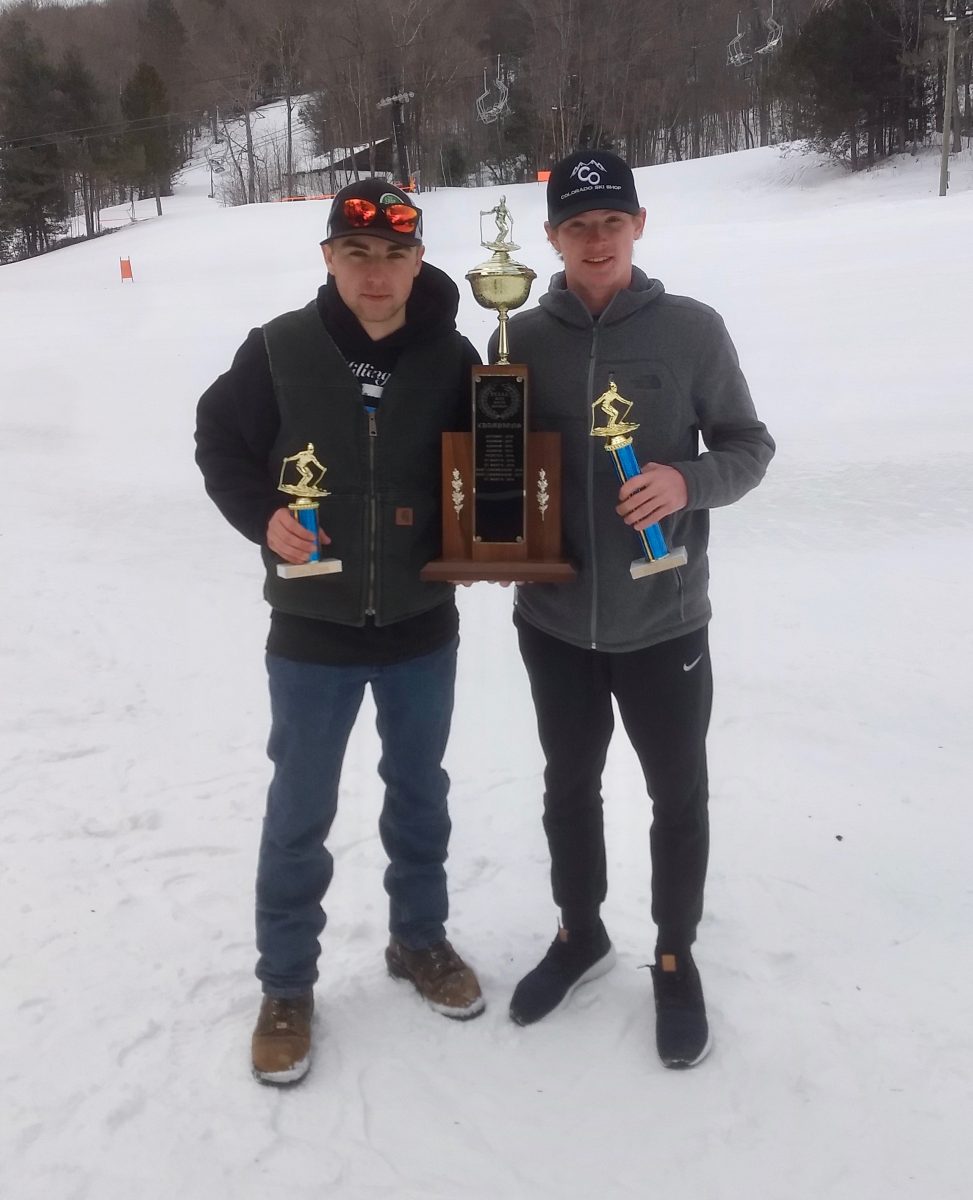 CHARLEMONT – Mother Nature might have been the true winner this past high school ski season, having sidelined Western Mass skiers several times by wreaking havoc with the 2019 regular and postseason schedule.
For the first time in recent memory, the state championships were held before the Pioneer Valley Interscholastic Athletic Conference individual championships. But that did not deter some local skiers from shining on the slopes at Berkshire East.
“It was another great day of racing for our Saints,” St. Mary High School ski coach Andy Lussier said, following the recent competition. “Our Saints were strong again.”
Three St. Mary boys skiers started out by finishing in the top 20 against a field of some 125 skiers.
St. Mary’s Jack Masciadrelli led the way with a third-place finish in 58.25, followed by Hayden Lussier (9th) and Colin Freeman (17th). Manny Umana Kimura placed 22nd overall for the Saints. 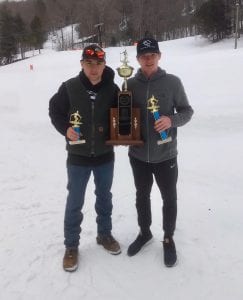 “We had some great skiing by our boys in the GS (Giant Slalom) and they really attacked,” coach Lussier said. “It’s been great to see the confidence with all of them even deep into our roster.”
St. Mary’s was also strong on the slalom with Masciadrelli (2nd) and Lussier (10th) managing to crack the top 10 in 33.33 and 35.27, respectively.
“They really went after it in the slalom and Shake N’ Bake (Jack & Hayden) were really going for it,” coach Lussier said.
For the combined results, Masciadrelli won a silver medal with a combined time of 58.25, just behind overall winner Cameron Ottoson (56.40), of East Longmeadow. Lussier was ninth (60.73).
Westfield’s Jacob Stephens (8th, 60.07) and Gateway’s Zachary Ames (10th, 61.12) were also top 10 finishers. Kimura placed 11th (61.30).
“It’s a pretty cool thing when you have your son and your nephew skiing so well and leading the team,” coach Lussier said.
Poor weather conditions aside, St. Mary’s postseason run was simply an extension of the regular season success by the Saints.
The St. Mary’s boys skiers won the South Division for the fourth time in five years, claiming four of the top 10 individual spots in the season-long division standings.
Masciadrelli won the division; Lussier finished sixth; Colin Freeman took seventh; and Kimura was ninth.
“It’s been great to have depth in this program,” coach Lussier said. “These boys are fast and we have no seniors so it’s looking like we’ll be strong again next year.”
Another skier, Chloe Lussier, was skiing strong for St. Mary’s before suffering a season-ending injury near the midway point of the season. Up to that point, Lussier was third in the division standings, having finished in the top 10 of each race.
“Things were really coming together for her,” coach Lussier said. “She was starting to find another gear before her injury.”
The St. Mary girls ski team fielded a full roster for scoring this season, finishing as high as fourth. With Chloe Lussier expected back at full strength in 2020, the sky is the limit.
Said coach Lussier: “Our girls program is growing. We are looking for some strong team results next season.”
Gateway’s Jessica Garriepy placed 10th in the combined results (65.09). Garriepy completed the slalom in 37.67 and giant slalom in 27.42. – Andy Lussier contributed to this report 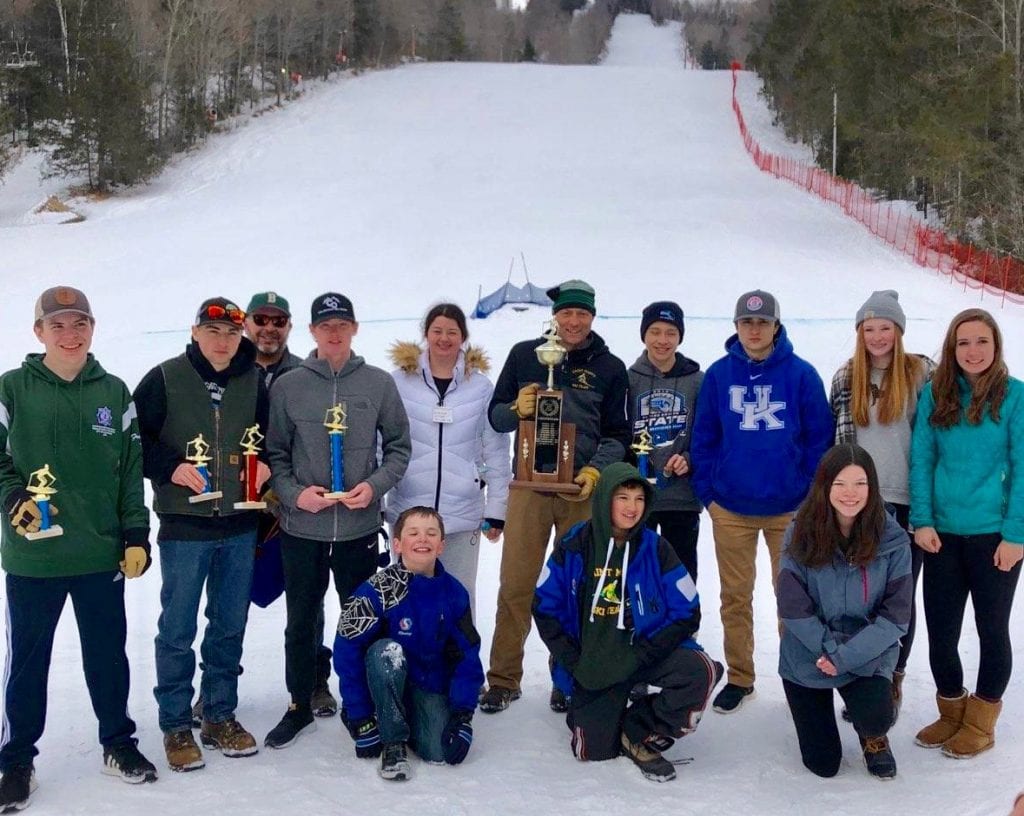