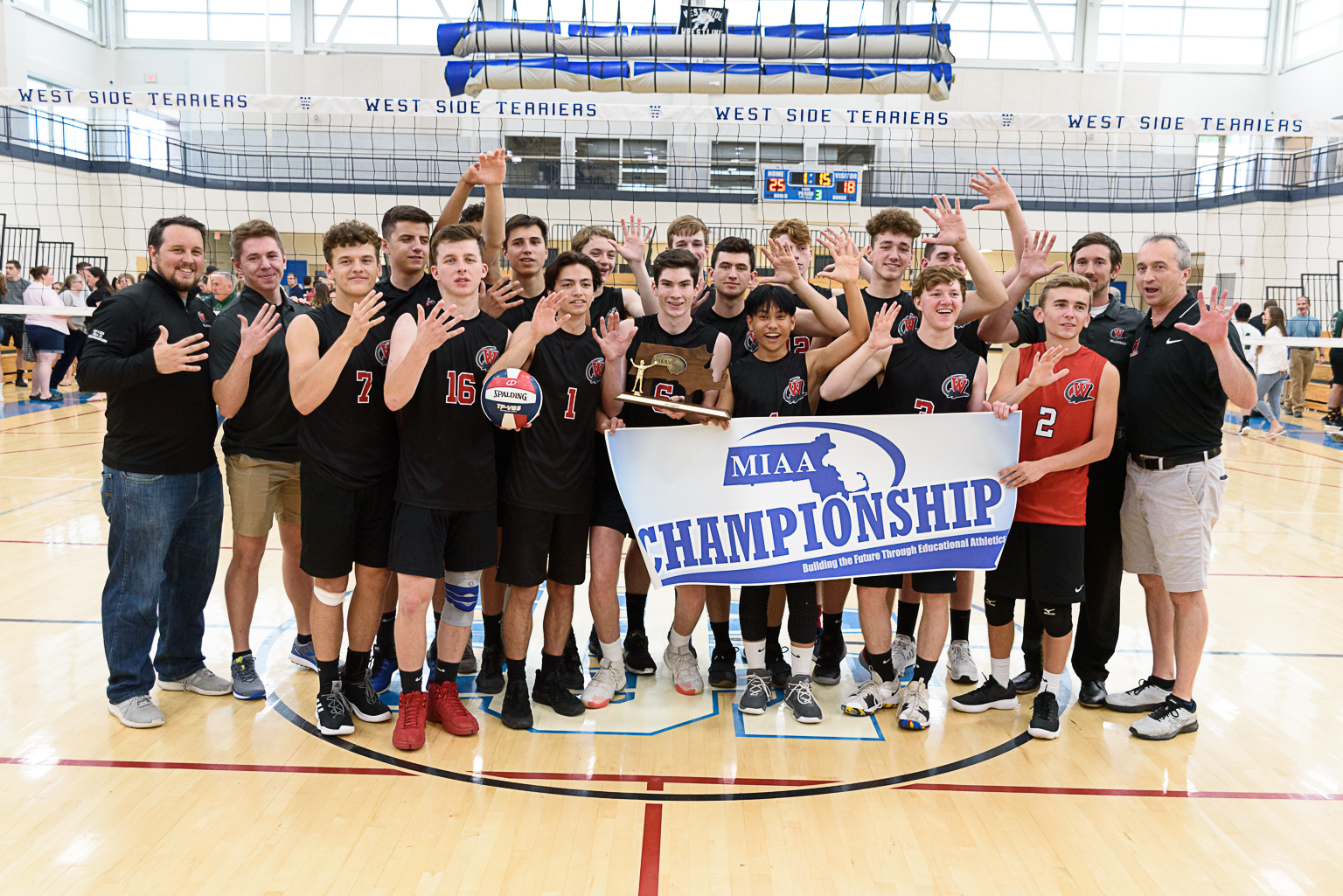 WEST SPRINGFIELD – The four-time defending Western Massachusetts Division 1 boys volleyball champion Westfield Bombers now have one for the thumb.
Top-seeded Westfield held off an early push from the tournament’s No. 2 seed Minnechaug, shoving aside the Falcons, 3-0, in the championship game Wednesday night at West Springfield High School to claim their fifth straight title. The Bombers won 29-27, 25-16, 25-18.
“We just really preach being good in the moment and sprinkle in that ‘incredible’ at times,” said Westfield boys volleyball head coach Tyler Wingate. “We had a couple of those plays tonight, but most importantly maintained just a really high consistent level of play.”
Westfield’s throne was under attack early with Minnechaug (17-5) making some tremendous blocks. James Pavlyuk (18 kills, 3 aces) bailed out the Bombers (20-3) with some timely kills, rallying his team from a 20-16 deficit in the first game. The Falcons battled off four set points before making an unforced error, finally falling 29-27. 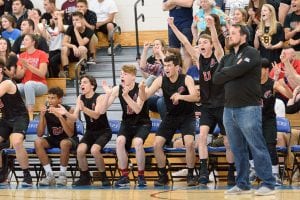 “Once we got past 20, the guys feel like everything is riding on that one point,” coach Wingate said. “We were preaching the next point mentality. The crowd was getting into it. It was a fun environment. I feel fortunate that we got it done because we weren’t at our best there. That was big for us to withstand what they were throwing at us, and ultimately get it done in the end.”
Minnechaug missed its opportunity because Westfield took off from there. Ryan Rix (9 kills, 2 blocks) exploded for several kills, including a beautiful one-handed tap which preceded a block of his as well. And Pavlyuk did more of his thing. It resulted in a nine-point margin-of-victory.
“We knew we could settle down and be a little more efficient on our side, and that’s what we did,” coach Wingate said. “We executed the game plan a little bit better. Our serve and pass game started going.” 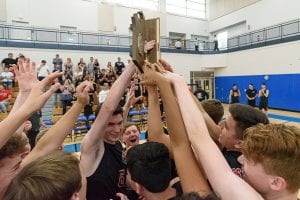 The third set was nearly over in a heartbeat as the pulse of the Falcons waned.
Westfield opened the final game with a 6-0 run. A play here or there from Pavlyuk, Rix, and others salted it away. Eric Yurtuc finished with 35 assists.
“We’re just lucky to be here,” Rix said. “It’s all thanks to the guys before us. They created a great program thanks to coach Wingate. He’s the real reason we’re here. He just gets us playing. Thanks to our alumni too. They come to our practices and they make us so much better. It’s a combination of things that got us here.”
The Bombers head coach offered up his explanation.
“I think they’re motivated by playing a good, high level of volleyball,” Wingate said of his team’s repeat success. “I don’t think the opponent has mattered to us that much. We really respect all of the opponents. We see a lot of similar guys that we see in the offseason (on the club volleyball circuit). It’s exciting for this group to get this opportunity. It’s a new group. I’m happy for them to experience it. It doesn’t get old for me. I’m just really happy for the guys at how much they’ve developed over the course of these last couple months.”
Pavlyuk, who typically shies away from postgame interviews and would rather let his actions on the court speak for itself, did offer up three words as his teammates celebrated around him – “I smell six.”
Before the rest of Western Mass gets another crack at Westfield, the Bombers will begin their state title defense Monday against South champion Newton North (17-4) at Westborough High School at 5 p.m.
Said Rix: “When we think about the players before us how hard they worked for us to get here, it just really means the world for us to keep the streak going and keep winning these.” 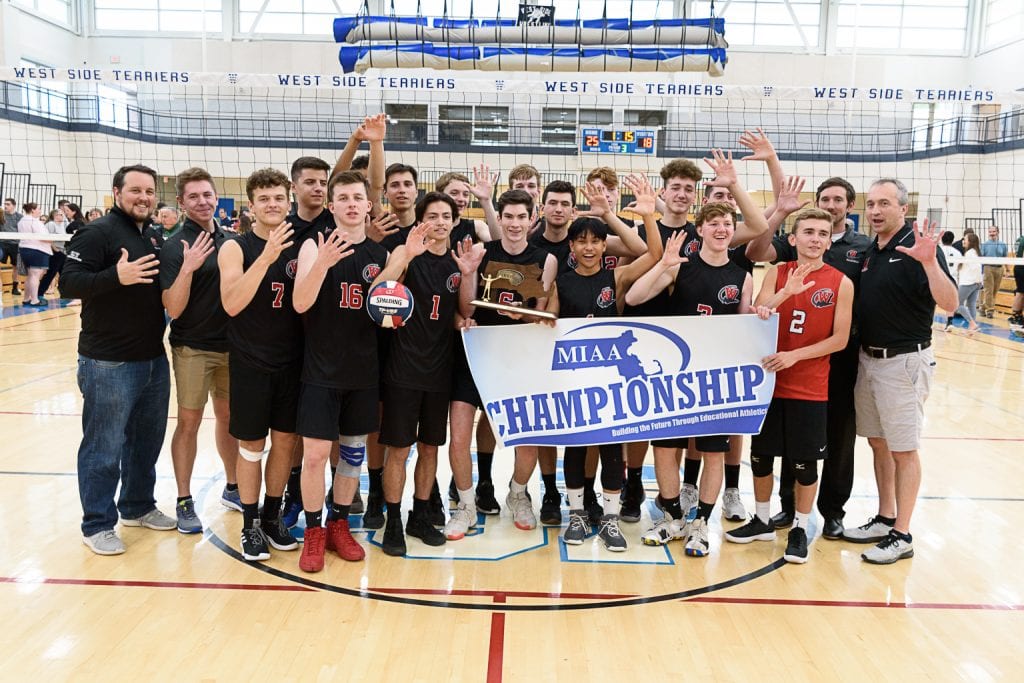