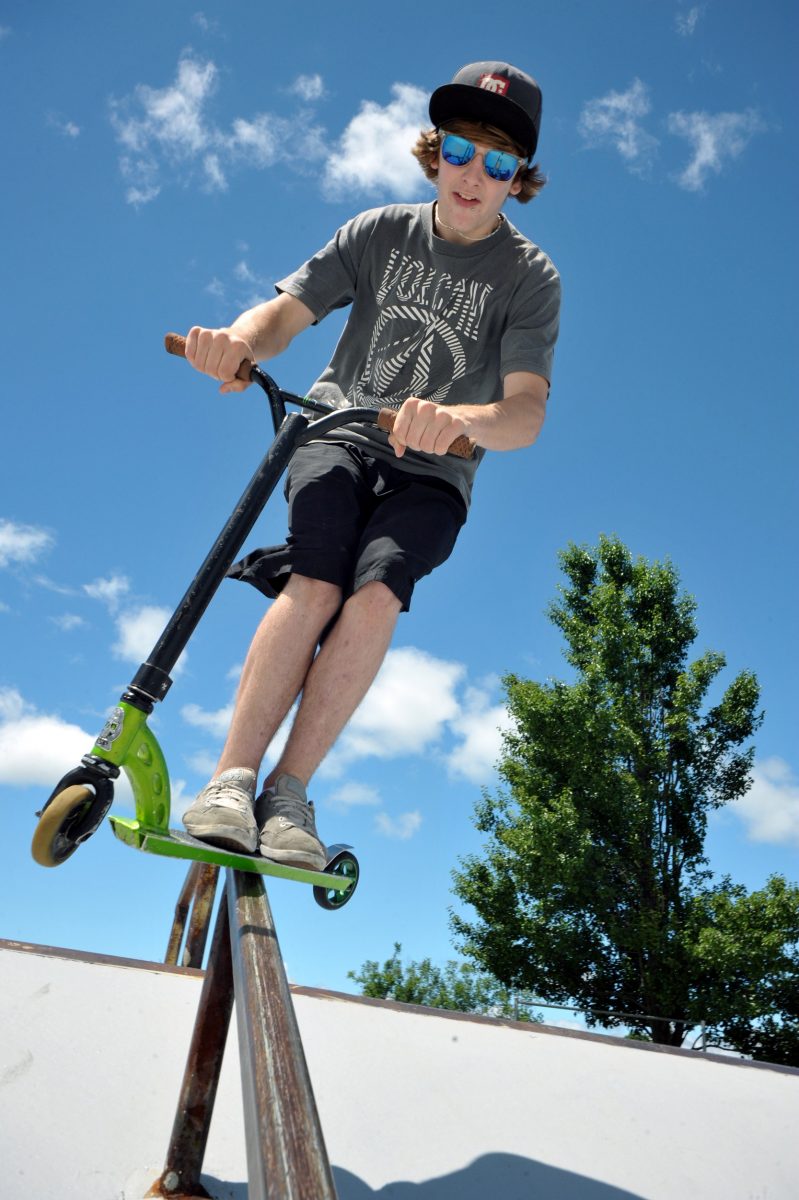 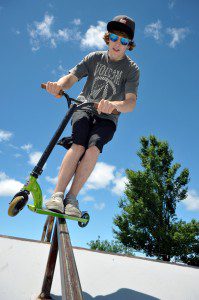 Curtis Irwin enjoys a day at the Amelia Park Skate Park in this file photo. (THE WESTFIELD NEWS PHOTO)

Burke said while he currently doesn’t live in Westfield, he is still very connected to the town, and hopes to move back one day to raise a family here. A 2007 Westfield High School graduate currently living in Quincy, he said he has become involved in rehabbing several skateboard parks around the state.

“I’m a big skateboarder. I reached out to Quincy four or five years ago, [which was in] dire need of a skate park rehab,” Burke said. He said he became involved in the process, and “had a lot of fun.” He is also working with the town of Easthampton on rehabbing its skate park. He said skate parks have become staple recreational facilities, especially in towns as big as Westfield, and there are a lot of revised parks popping up.

Burke said he was at the opening of Westfield’s skate park in 2001. He said its time is coming to an end, and whoever initially designed and built it, was not a skateboarder, and it’s not safe.

Asked what the budget in Quincy was for the park, Burke said $500,000. “One of the reasons it’s such a big price tag is prevailing wages in eastern Mass. They wanted to build a knockout park. It’s not the going rate; you can go as big or as small as you want. A lot of towns are creating areas in parks where it’s legal to skateboard and you won’t get ticketed,” he said.

Parks and Recreation Chair Michael Tirrell asked what Burke’s proposition was, and said the committee had someone else come and request to do some art at the skate park to beautify it. “What are you looking to get done, [how would it get] funding, who would oversee and design it,” he asked.

“I’m asking for the commission’s approval to explore it and get options. I’m not asking for anything, I just want to put it on your radar. There’s a lot of families with kids who skateboard — they’re going to other towns. Just asking to get the conversation started. I want to keep working with Scott, start a committee, and build interest,” Burke said, adding that he has no financial interest in the project.

“Did you say there are things unsafe in the current one,” said another committee member.

Burke said there are angles and banks that are very tight and very steep. “A good way to get hurt if you’re not careful. I’m certainly not here to shut down the current skate park. It could be built a lot differently,” he said.

Burke said as far as funding goes, Quincy received a grant from the Tony Hawk Foundation which will match up to $25,000. He said other towns have used Community Preservation Act funds, and Easthampton is considering using some funds raised from taxes on marijuana.

Tirrell said he and Vincent Olinski represent the committee on the Community Preservation Commission, and they would be happy to petition them for funds. He said they would need a plan with estimates and quotes to do that.

Committee member Ken Magarian suggested that Burke team up with a liaison on the Parks and Recreation Committee, and think about having a virtual meeting of interested parties. “If you could come back to us with a very general, superficial outline and presentation, then it would be appropriate for us to say yes,” he said.

Burke pledged to work on it and find out what other parks have used CPA funds. Tirrell volunteered to be a liaison for the project. No vote was taken at the meeting.