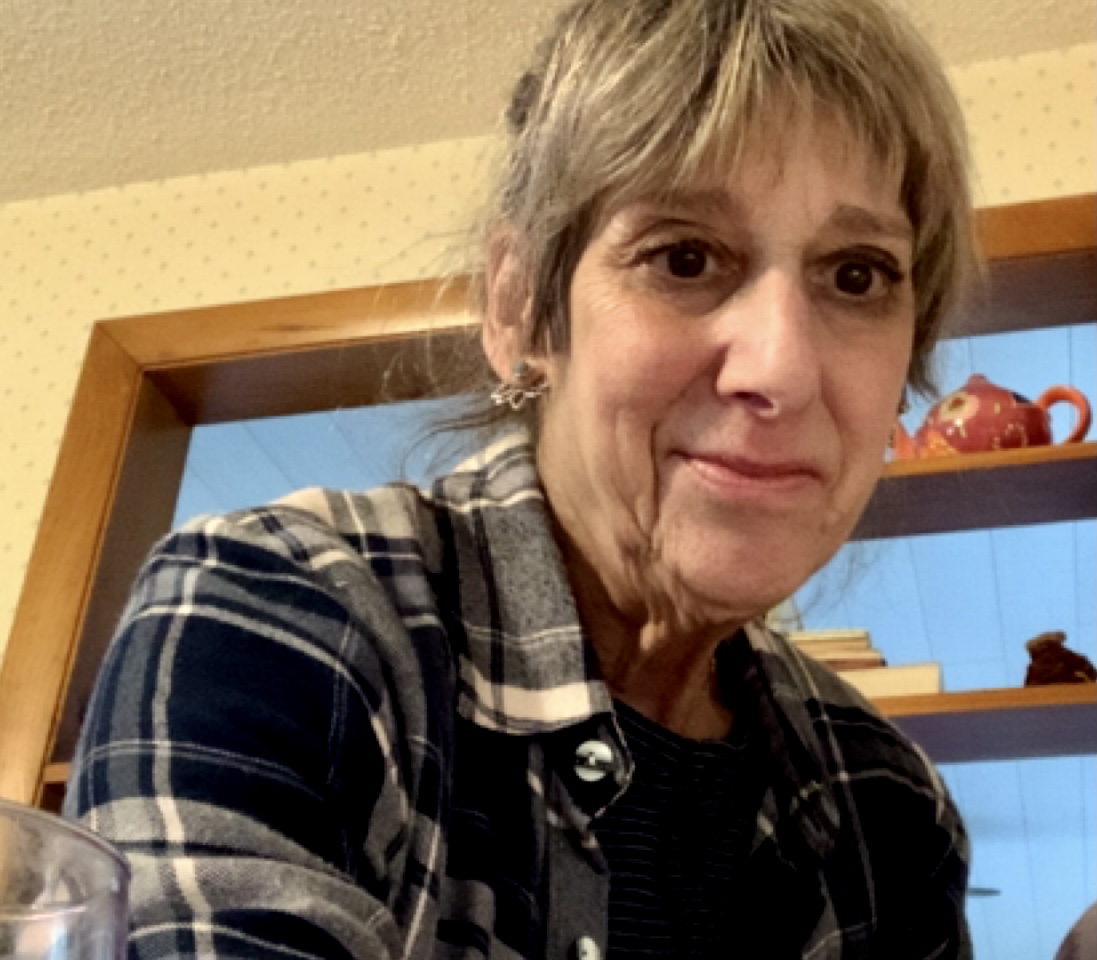 (Editor’s note: With Valentine’s Day fast approaching, we are reminded about the preciousness of love – and how love means something different to each one of us. We asked members of the WhipCity Wordsmiths to share their thoughts on love – and as always – their submissions are thought-provoking, eloquent, and in many cases, personal. Our series today features Geri Johnson of Westfield.)

WESTFIELD-Geri Johnson is a retired librarian, a member of WhipCity Wordsmiths, and has published one book, “Fredi’s Ride,” inspired by Whip City Speedway memories.

“Currently, two books are marinating in the computer, along with several short stories and essays for inclusion of a collection of words about bullying, peer pressure, and being true to yourself,” said Johnson. 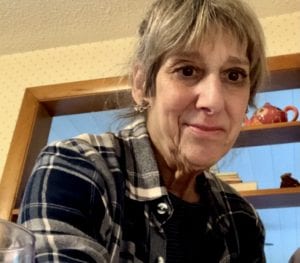 Geri Johnson of Westfield is currently working on two books, along with several short stories and essays. (SUBMITTED PHOTO)

Her short story submission is titled “Dating and Other Games.”

Dating and Other Games

College jocks always had a following, and a steady entourage of willing jockettes. Fiona Geoffries wasn’t one of them. When the university’s quarterback approached her at a party, he was surprised that she didn’t know his Big Man on Campus Status.

Marcus Roberts was intrigued by this uninterested interesting coed.

Marcus played up that they both had a last name that could be first names, without the ‘s’.

He tried softening her by telling her she looked like Gwen Stefani.

Fiona turned her mouth up, and raised an eyebrow.

Marcus asked her where she was from, and continued to blitz her with the usual list of questions and small talk. She responded with short answers. Marcus finally asked for her telephone number. Fiona gave it to him. She certainly didn’t expect him to call after her curtness with him.

He started calling her Monday evening. Fiona, rarely in her room, came back and discovered he called twice. Tuesday, he called her every hour. Either no one answered, or the line was busy. Same thing on Wednesday. He was now obsessed with reaching her. Thursday, Fiona’s roommate picked up the phone. Marcus demanded to talk to Fiona, and made her roommate get her from another floor where she was in a study group.

“You’re hard to get a hold of! I wanted to ask you out for Saturday night.”

“OK,” responded Fiona, cutting him off.
“What time should I expect you?”

“Well, here’s the deal,” Marcus stated. “The game is here Saturday. Meet me after the game by the locker room exit.”  Then he hung up.

Fiona sighed. She decided not to go to the whole game, but slipped in at the end of the 4th quarter. She waited a bit, and went to stand by the locker exit. The players started coming out. She waited. And waited, waited, waited some more. It started getting dark and the sunset was not the only thing darkening her spirits, as the hurtful truth filled the time. The S.O.B. stood her up. He was teaching her a lesson for what he perceived as playing hard to get when she was just living her life. Fiona knew he was a no-show, but was frozen to the floor.  After the team slowly ogled her, Fiona snapped out of her daze, and ran back to her dorm in tears.

She got up to her room, and her friends were all waiting, wondering what happened. When they saw her coming down the hall, all out of breath and teary eyed, they surrounded her with empathy. She told them Marcus deliberately had the whole team size her up, and then, he stood her up. One of the girls told her that she happened to know he was going to this party at 244 Marlboro St. when the phone rang. Fiona picked it up. It was Marcus.

“Where were you?” he asked loudly, “I waited an hour for you. You stood me up.”

Fiona smoothly replied, “Well, I guess I was waiting in the wrong place and wasted an hour. HEY-listen, I’m going to this party on Marlboro St. Meet you there?”

Marcus gasped, “Sure, sure, see you there.”

Sure enough when Fiona went, there was Marcus holding Court. He was loud, obnoxious, and crushed a beer can on his head.  Fiona made a decision, stopped, turned around, and walked out the door.

Directly in front of her was Blake Shelton. Well, no, not the real Blake Shelton, but certainly a look-alike. Their eyes met.  He escorted her to the street, turned to each other, and smiled.

He said, “Looks like #88 on the field, #1 in your heart just lost out. Look. I know what happened. I’m on the same floor as Marcus, and he was bragging what he did to this girl, who was not interested in him. He got the whole team to give her a look-see.  I remembered I saw you standing there by the locker room exit.”

He grinned, took her hand, and introduced himself to her. He invited her for some coffee.

Fiona‘s heart lit up. She returned the smile in her heart as she now had plenty of room with the #88 benched in her playbook.