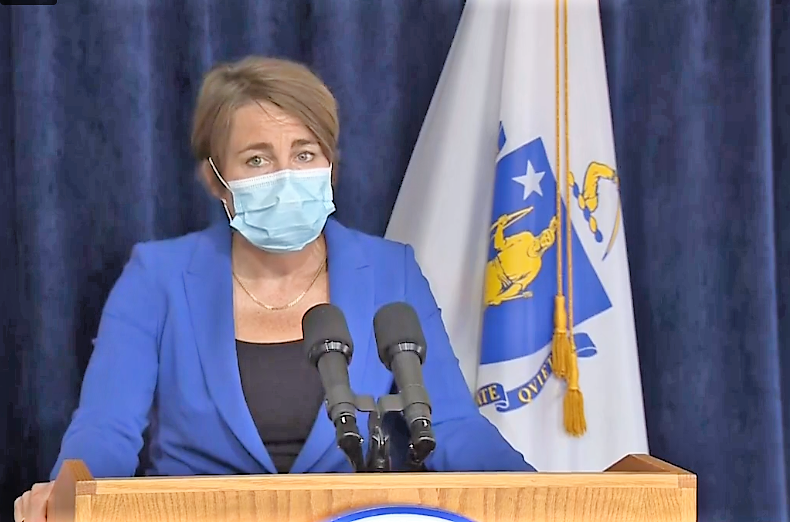 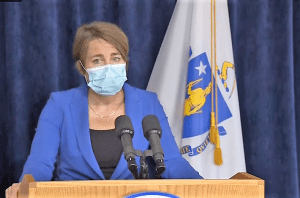 BOSTON – Criminal charges against former Soldiers’ Home at Holyoke Superintendent Bennett Walsh and Medical Director David Clinton could come with hefty jail time. The men are charged in connection to the COVID-19 related deaths of 76 residents and illness of dozens more at the Home this past spring.

Massachusetts Attorney General Maura Healey Sept. 25 announced the charges  — five counts of criminal neglect of an elderly or disabled person and five counts of serious bodily harm of an elderly or disabled person, for a total of 10 charges each – during a televised press conference. Each count of neglect carries a sentence of up to three years while each count of serious bodily harm could come with a 10-year sentence.

Healey’s office began an investigation when the outbreak came to light in late March. Healey said a decision made by Walsh and Clinton March 27 to combine units of COVID positive patients with asymptomatic patients contributed to the tragedy that followed.

“They combined 42 veterans, some COVID-positive and some not showing symptoms, in a room that usually holds 25 beds,” she said.

The investigation found that nine veterans, a mix of positive and asymptomatic, were placed together in a dining hall and other rooms meant for four beds were crammed with six or seven residents.

“The beds were a few feet apart from each other and residents were mingling together,” she said. “It never should have happened.”

The charges announced Friday are related to five specific residents. Healey said of the five, all were asymptomatic before being merged with positive patients. Two of those residents remained COVID negative while three contracted the virus and one died.

Before the press conference, Healey spoke with the families via zoom to tell them a grand jury indicted Walsh and Bennett Sept. 24. They will be arraigned in Hampden Superior Court.

Healey said it was “heartbreaking” to hear their stories during the investigation and she wanted to tell them how sorry she was that this happened and that while the indictment would not bring back their loved ones or make what happened right, she hoped they would find “solace” that the decision makers were being held accountable.

State Sen. John C. Velis, D-Westfield, a veteran and U.S. Army Reserve major, has long been a supporter of the Soldiers’ Home at Holyoke. Velis serves as the vice chair of the Joint Committee on Veterans and Federal Affairs and called for a legislative investigation into the situation in April.

Gov. Charlie Baker commissioned an investigation following the outbreak at the Home. A report by Atty. Mark Pearlstein revealed what he called “catastrophic” decisions and practices in the early days of the pandemic at the Home. Velis called the report “gut wrenching.”

” I was the first lawmaker in the state to call for a legislative investigation,” Velis said Friday. “I believe the most important inquiry will be the legislative inquiry.”

Velis said he was excited to begin the process, which is expected to start next month.

“Over and above all else, we have to ensure that something like this never happens again,” Velis said.

The U.S. Attorney’s office is also investigating the situation.

Healey said she believes these are the first charges in the country against administrators of nursing facilities related to COVID-19. She added that Baker has put reforms in place for such facilities and the outcome of her investigation could bring more reforms. She thanked everyone who participated in the investigation, including her staff and the families of Home residents.

Walsh was placed on paid administrative leave March 30 and Val Liptak, CEO of Western Massachusetts Hospital, took over operations of the Home.