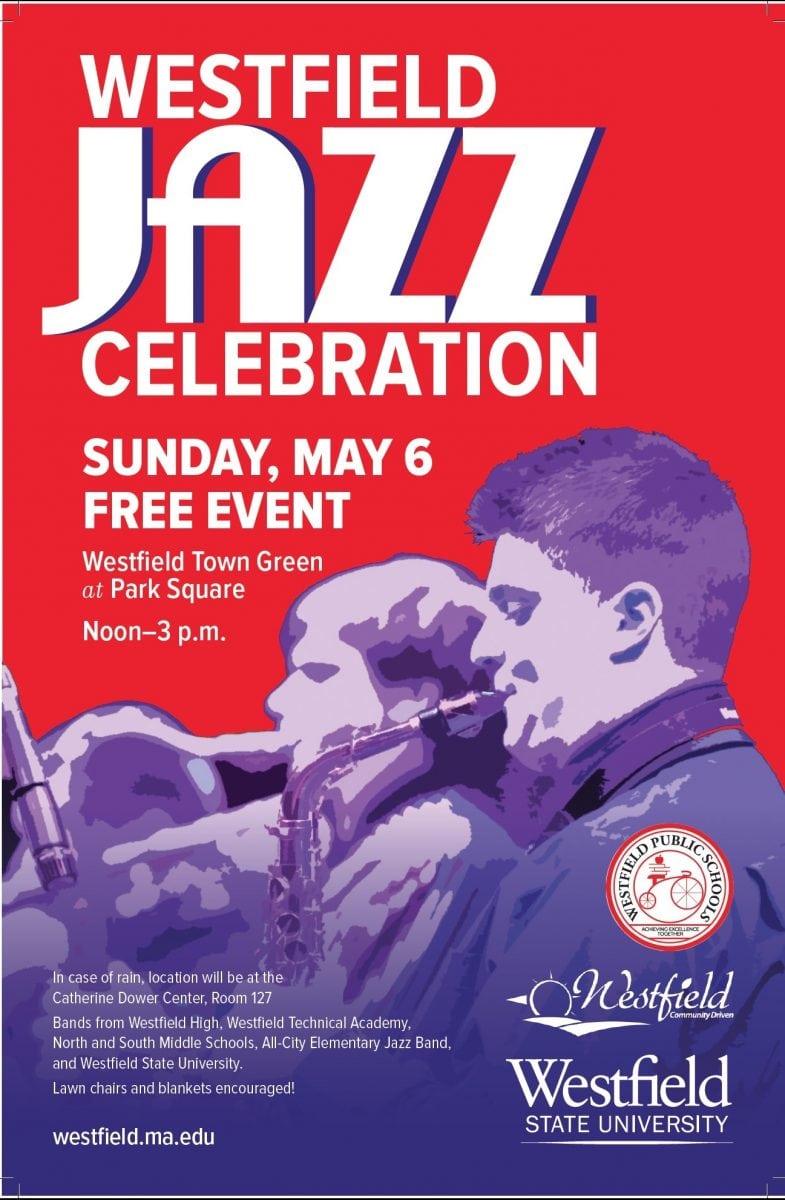 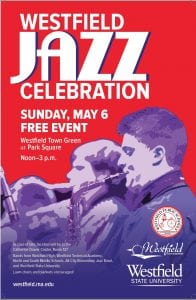 WESTFIELD – This Sunday, May 6, 100 musicians from 4th grade to college age will play in the second Westfield Jazz Celebration from noon to 3 p.m. The free event is being planned for the Park Square Green stage in the center of Westfield, but in case of rain will go into the Catherine Dower Center, Room 127 at Westfield State University.

“Ed and I kicked the idea around for a few years, and last year we were able to do it,” said Westfield Band Director Patrick Kennedy, referring to Westfield State Jazz Studies coordinator Edward Orgill. Kennedy said last year it rained, and they played at the Catherine Dower Center. “We’re looking forward to being outside this year,” he said, encouraging people to bring lawn chairs and blankets. 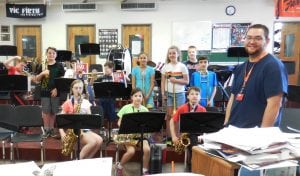 Members of the new All-City Elementary Jazz Band with teacher William Choe at practice on Wednesday. (Photo by Amy Porter)

Choe is in his first year in the Westfield Public Schools, and teaches band to all of the city’s elementary schools except Highland and Abner Gibbs, where Richard Pope teaches instrumental music. Kennedy said Choe was a freshman in his first band when he came to Westfield as a freshman teacher in 1997.

“It’s awesome to have one of our own come home to do it,” Kennedy said. 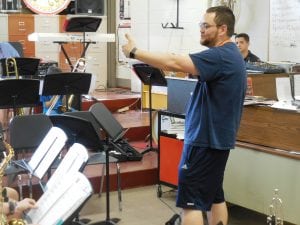 The new All-City Elementary Band, which welcomes fourth and fifth graders from all of the elementary schools, meets once a week to practice at Westfield High School from 4 to 5 p.m. Twelve students are currently in the band which will perform on Sunday. Also accompanying the band are WHS sophomore Ethan Baush on drums and Kennedy on bass.

“Everybody’s going to do their own set,” Kennedy said. The Concert will lead off with Westfield High School at noon, then the Elementary Jazz Band. The first jazz performance by Westfield Tech students will follow, then the middle schools. The concert will close with the Westfield State Jazz Band led by Jason Schwartz.

“We hope to make it a yearly event,” Kennedy said, adding that he appreciates the support of the Mayor, the Park and Recreation and Police Departments. He also thanked Jay Pagluica, who has volunteered to do the sound mixing.

“Westfield has a strong tradition. This is another way to highlight our music program,” Kennedy said.