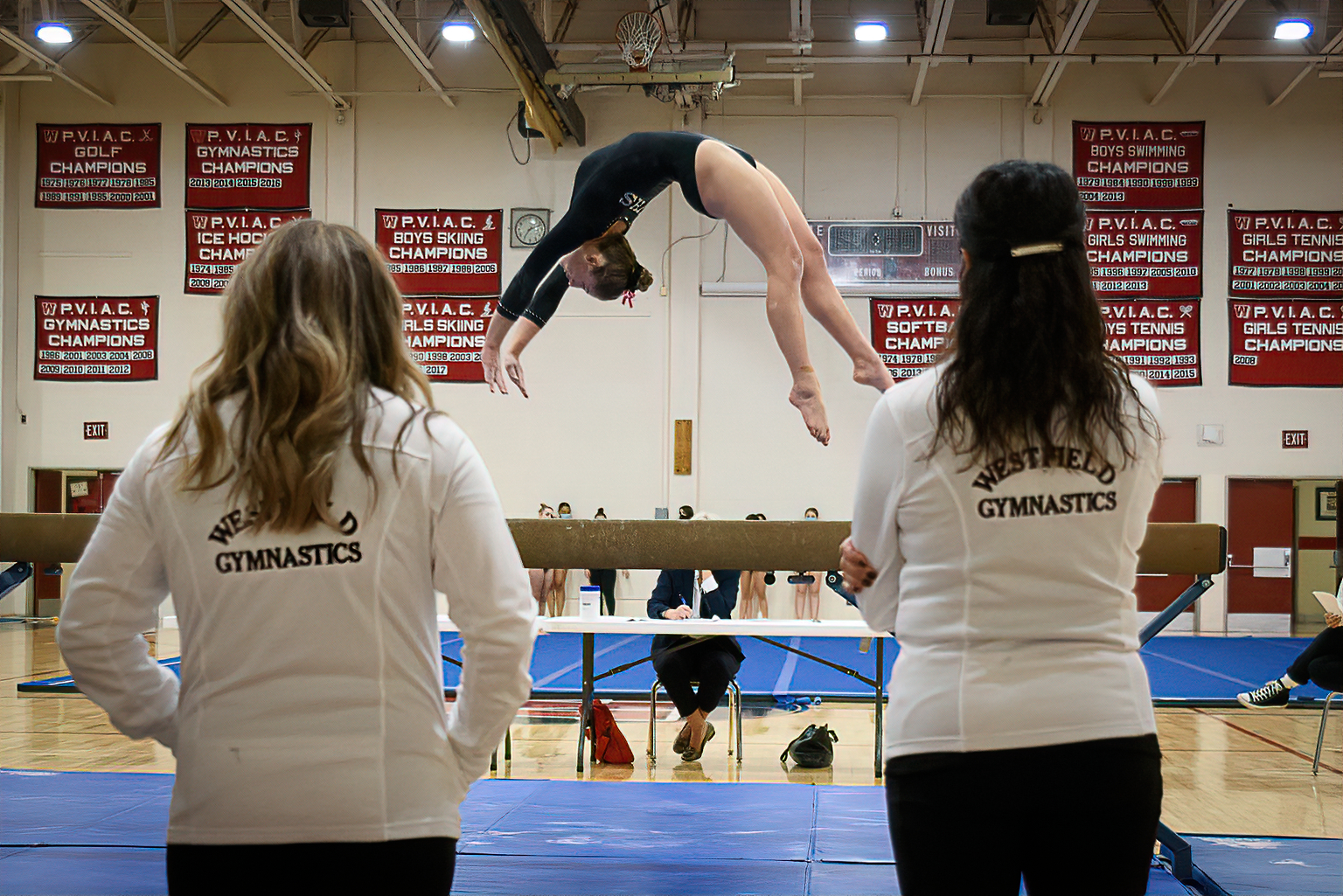 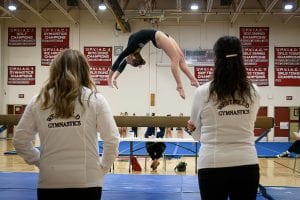 WESTFIELD – At one time, the Westfield High gymnastics team had a strong foothold atop the sport in Western Mass. That title is again nearly in their grasp.
Westfield junior Lizzie Galczynski won her first all-around competition and the Bombers improved to 3-0 with a 129.45 to 102.575 victory over visiting Chicopee Comprehensive Tuesday night.
Galczynski finished first on the balance beam with a score of 8.45, placed third on the uneven bars (7.60) and tied with teammate Elizabeth Santos for third with her floor routine (8.20).
“Hard work at practice is finally paying off,” said Galczynski. “We were all definitely pretty unsure of what was going to happen (this season). We’re just happy we can be here and train and compete with everyone. We just have to have fun and try our best.”
In the midst of trying times, that motto apparently has been adopted by several other Bombers gymnasts.
Westfield’s Bella Goodreau landed a silver-medal finish in the all-around with a 31.10. She secured first place on the bars (8.25). Kylie Liptak bested the competition on the vault with a winning score of 8.375. Her teammate, Rylee Altieri placed third (8.15). Liptak was also second on the bars (8.10). Bombers’ Bella Scarpa and Kaela Johnson finished first (8.45) and second (8.30), respectively.
“In spite of everything, (our gymnasts) have been working really hard, following all the rules,” Westfield High School gymnastics coach Joanne Hewins said. “We would have had a good run in the Western Mass championships if that had happened. It’s unfortunate for the seniors, however, they’re still getting a season. So they’re lucky that way.”