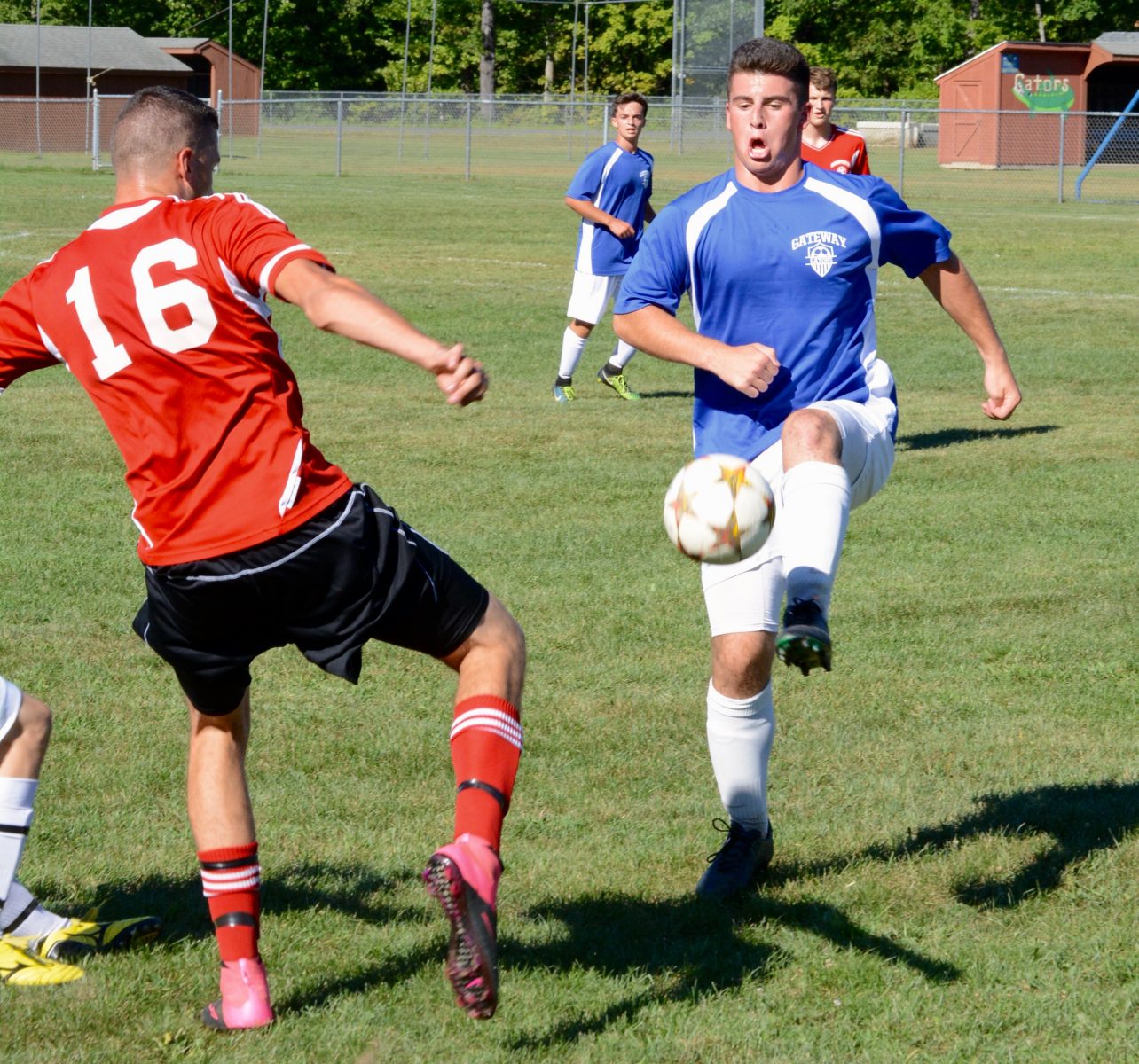 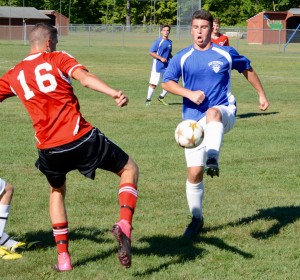 HUNTINGTON – If young student-athletes at Gateway Regional High School are beginning to look up to upperclassmen more than ever before, there’s good reason for it.
For the first time in school history, a varsity sports roster at Gateway could include a player as young as a sixth grader. This comes about due to an administrative decision made last year to include grade 6 in middle school with seventh and eighth graders.
Gateway is one of the only known schools in the state to allow this, according to school officials.
“We need to be more conscious now of putting these kids in position emotionally, psychologically, and physically to be successful,” longtime Gateway High boys’ soccer coach Tim Gamble warned as he watched his Gators battle the Hampshire Red Raiders Monday afternoon. “It’s something we have to be aware of.” 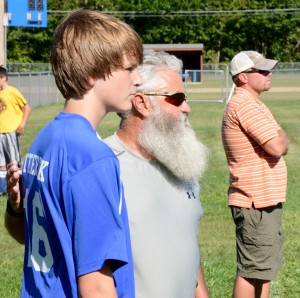 Gamble and longtime girls’ soccer coach Steve Estelle have provided stability to the program over the long haul, and figure to be in the best position to handle this latest twist.
“We’ve had good success here,” Gamble said. “The kids continue to turn out.”
It was the first of three scrimmages this week for Gateway boys’ soccer. The Gators will open the season against Northampton at home Tuesday, September 6 at 6 p.m.
Also Tuesday, Gateway cross country travels to Whiting Reservoir to compete against Pope Francis. The Gators will be led by a new coaching staff (Denae Dostal – girls; Keith Boylan – boys).
Gateway girls’ soccer kicks off Wednesday, September 7 on the road against Pope Francis. The contest begins at Rivers Park at 4 p.m.

For a complete listing of local high school sporting events, visit our Fall ’16 Schedules/Standings Page online, or daily in The Westfield News.