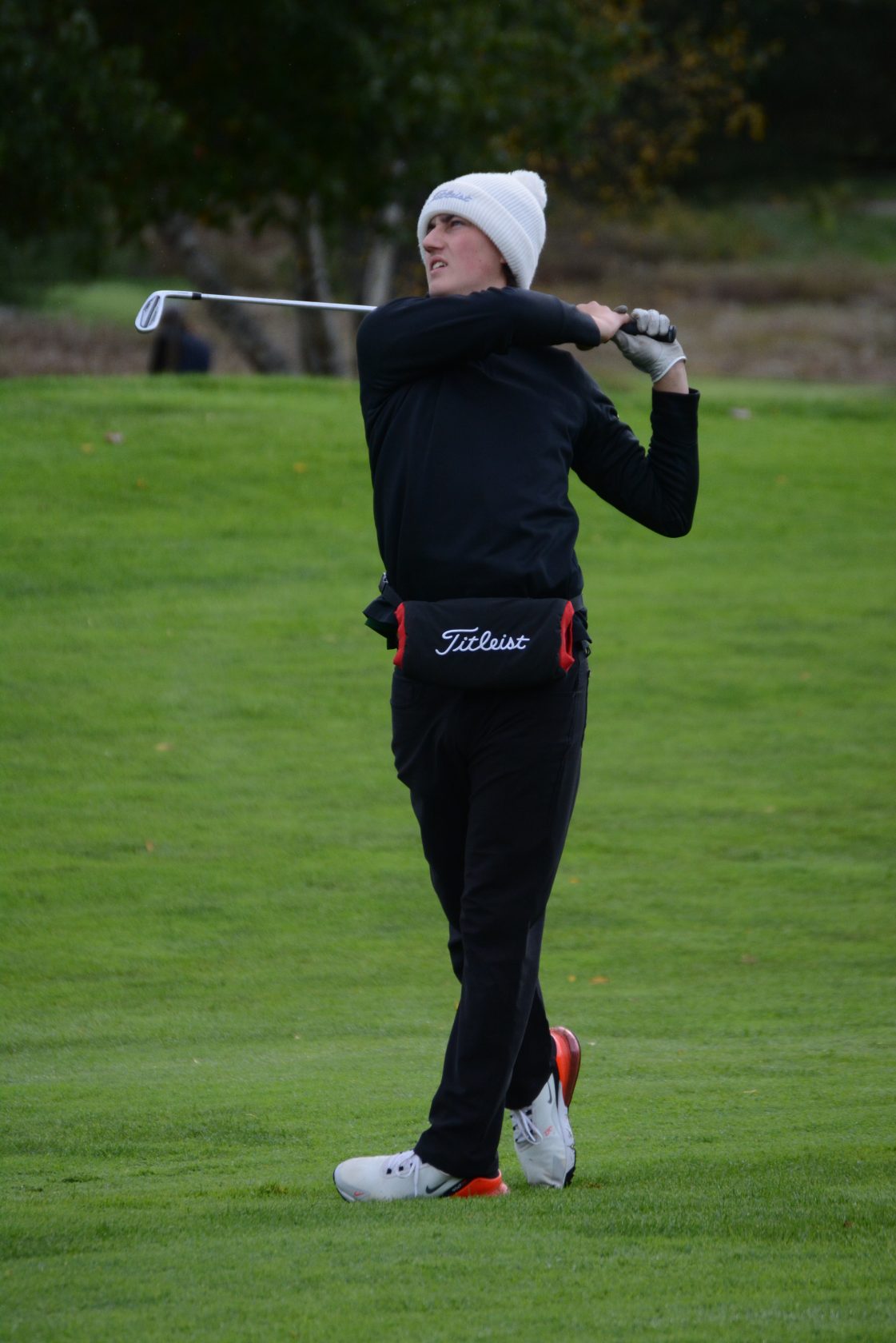 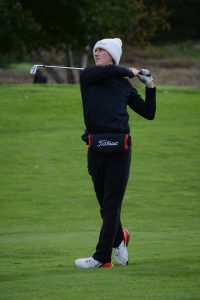 PITTSFIELD – Look who is back on top of the golf world in Western Massachusetts.
Southwick’s No. 1 golfer Matthew Garrity and the Rams finished second in the region’s Division 2 golf championships Monday at Berkshire Country Club.
Garrity shot a 4-over 76 to finish in a three-way tie for second in the individual title race, just one stroke behind the day’s leader, Wahconah’s Patrick McLaughlin (75). Leominster won the team championship with a total team score of 36-over-par. Southwick finished runners-up with a 39-over team total.
Three Southwick golfers finished in the top eight – – Garrity, Jesse Johnson (6th, 78), and Andrew Morris (T7th, 79). All three are seniors.
“It’s been a dream helping these guys get to a point that that they never thought they’d be at,” Garrity said. “I really wanted to lead them to a victory.”
With a birdie on the 8th hole, Garrity managed to round the front nine holes with a narrow lead over the other two golfers in his group (McLaughlin, St. Bernard’s Patrick Ginnity). But with three bogies on the back nine, the competition tightened up.
“All day it was a battle,” Garrity said. “The guys in my group – – I knew they were going to be my competitors for the field. We stayed neck and neck almost the whole round. After the front nine I got a little ahead of them but then I realized, hey these guys are holding up.”
Garrity said his missed putts were a direct result of the softening of the greens as the day wore on.
“I could have played a lot better,” Garrity admitted, “but I also could have played a lot worse. …It’s been crazy maturing as a person, as a captain, learning how to lead a team. I’ve (gained) so much experience. It’s been awesome.”
Garrity and Morris, who both work at The Ranch Golf Club in Southwick, and Johnson spent countless hours in the offseason playing golf. Morris birdied his last two holes of the championship event – two and three – to finish 7-over.
“I had no expectations really for myself,” Morris said. “I just went out and played my game. …I just play for the team and support the younger guys.”
The Southwick senior golfers were also playing in what could have been their final match. Only the top three teams and the top eight individuals in the Western Mass championships advance to the state championships.
“I was just trying to shoot well, knowing it could be my last high school thing,” Johnson said.

WESTERN MASS DIVISION I CHAMPIONSHIP UPDATE: Westfield’s Jeremy McCormick qualified for the state championships at Tekoa Country Club with an 80.