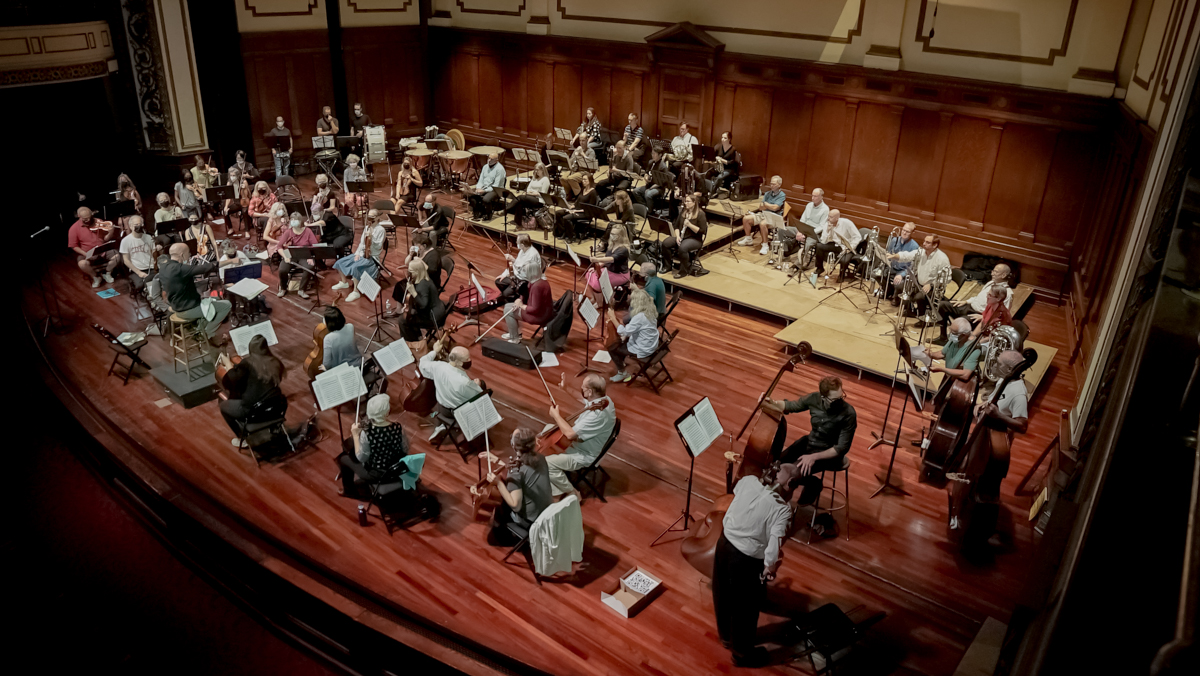 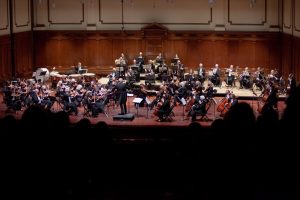 Their globe-trotting maestro, Kevin Rhodes, was back on the podium, conducting with his usual style works by Dvorak, Tchaikovsky, Beethoven and more. There was thunderous applause as the house lights dimmed, a standing ovation before Rhodes took to the stage, another standing ovation after the Dvorak, and more applause after the performance. There were salutes to MOSSO and the maestro from Springfield Mayor Domenic Sarno, whose office had donated Symphony Hall for the performance, and from philanthropist Lyman Wood, who connected MOSSO with community leaders. 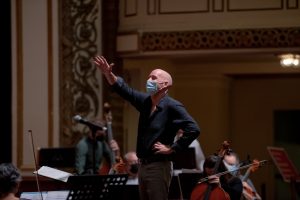 I’ve never before seen energy like this between orchestra and audience. I worked at the Springfield Symphony Orchestra for two years, and I’ve been an attendee ever since. This was a lovefest of symphonic proportions. And an evening of pride, because we, the people of the region, have a world-class orchestra and maestro.

The elephant in the room is MOSSO’s employer, the Springfield Symphony Orchestra Inc., operating with a skeleton staff, an interim executive director with no background in arts administration, and a Board of Directors Management Committee, which is not seemingly committed to supporting its maestro and its musicians, forgetful that without the maestro and the musicians, there is no Springfield Symphony Orchestra. But the community acknowledges the importance of professional classical music in Springfield. The city of Springfield stepped to the plate. So did philanthropist Lyman Wood, the Musicians Performance Trust Fund, and a significant number of donors. The community showed its commitment. 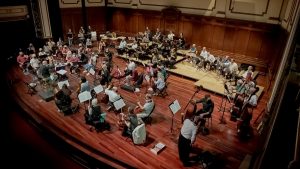 The Musicians of the Springfield Symphony Orchestra, MOSSO, rehearse before their recent concert at Symphony Hall. (SUBMITTED PHOTO/EAGAN PICTURES)

So, is this MOSSO performance a one-time thing? Hopefully not. The musicians self-produced the concert, and they have more concerts in the works. If the board of the Springfield Symphony Orchestra stands up to support its artists and build a solid executive team with experience to support the artists, things will improve. If not, MOSSO should go it alone with significant support. So, SSO Board … step up or step aside. MOSSO has talent, a commitment to Springfield, and a community synergy that deserves recognition and support. The community knows that. And they created an unforgettable evening of music for an audience hungry for musical excellence.