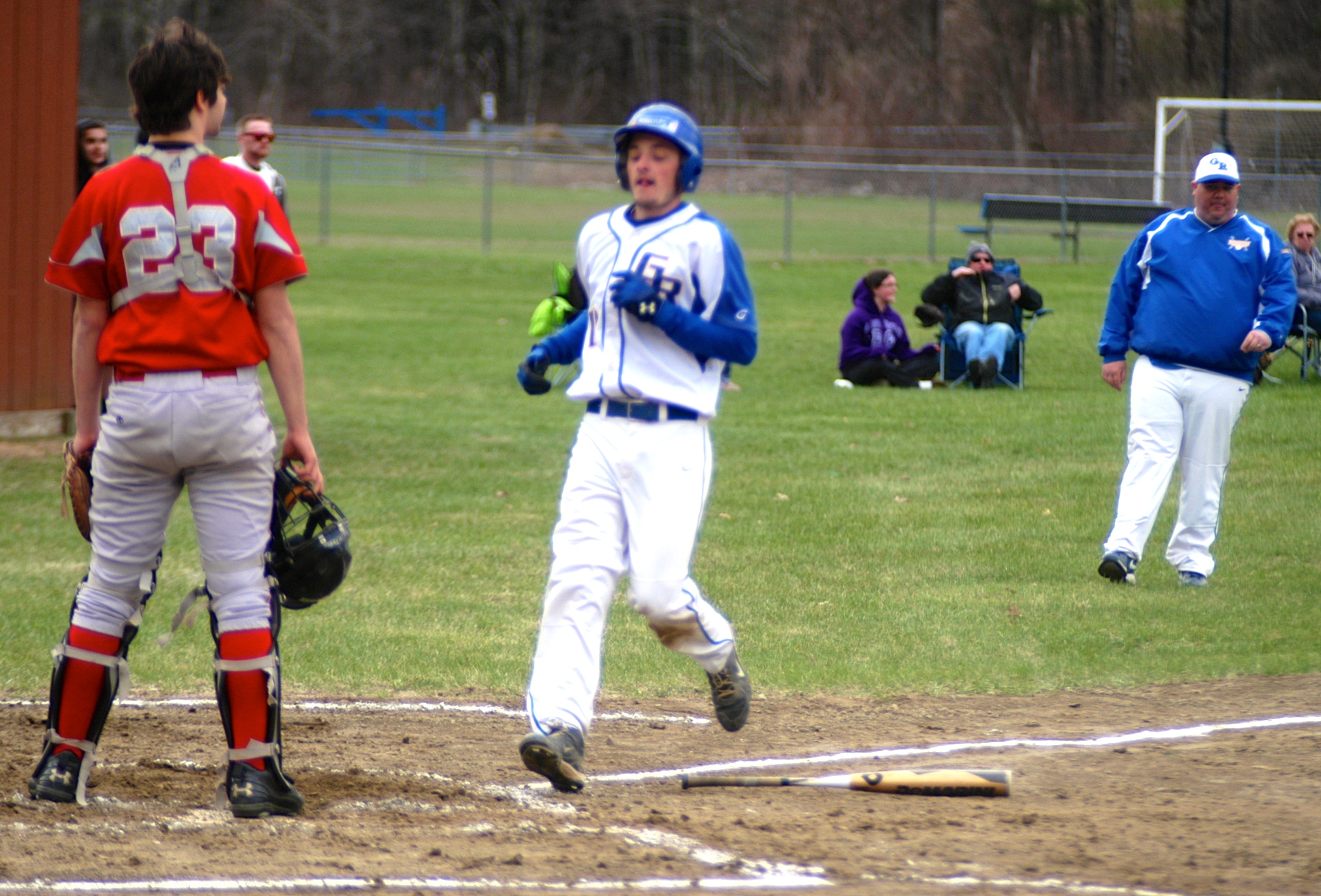 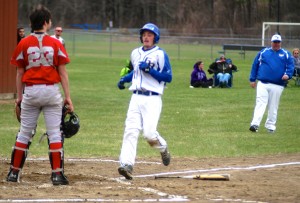 Gators’ Calvin Dowers scores a run in the bottom of the first inning Wednesday. Dowers reached base on a double. (Photo by Chris Putz)

HUNTINGTON – If anyone thought Gateway would wallow in despair, following its first loss of the high school baseball season Tuesday against St. Mary, those thoughts were quickly extinguished a day later.
Gateway bounced back with a thrilling 7-6 win over visiting Hampshire Wednesday. The Gators rallied with four runs in the sixth inning.
In the sixth, Ethan Gamble (3-for-3, double, run), Willis Pollard walked, Josh Baillargeon reached safely on a sacrifice hit, Justin Edinger (run) hit a bases-loaded, one-run single, Curtis Dowers (run) doubled in a run, Calvin Dowers plated a run and reached safely on a suicide squeeze, Geoff Sobotka (2 RBIs) hit a bases-loaded sac-fly, and Everett Warner hit an RBI single.
“Everyone pitched in, played great ball for the fifth and sixth innings offensively, doing the little things,” Gateway coach Gary St. Peter said.
Curtis Dowers pitched the first five innings for Gateway. He gave up four runs, only one earned, on two eights and eight walks, striking out eight.
Gators’ Sobotka struck out three, walked one, and allowed two hits – and two earned runs – over the final two innings.
“It was a great job from the guys both offensively and coming together as a team to do the little things, and a great job at the end of the game from our pitchers nailing it at the end.”