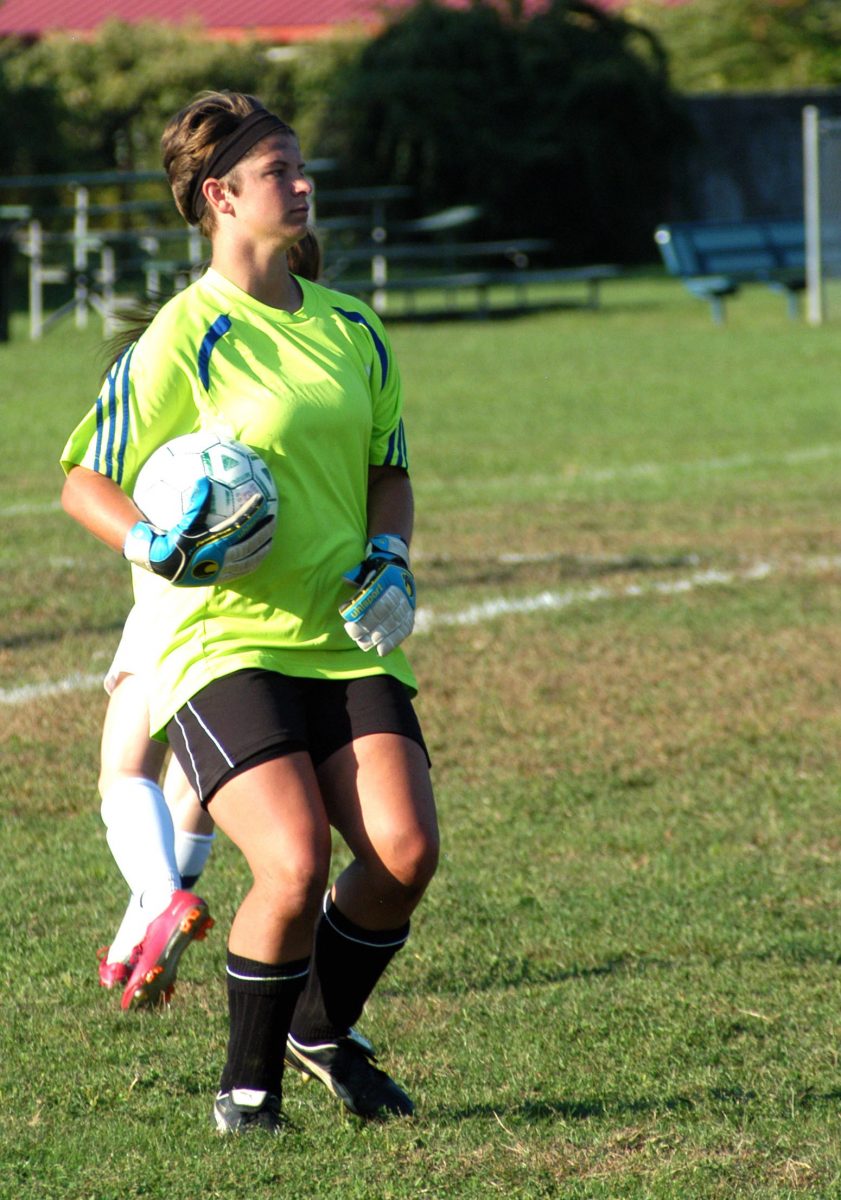 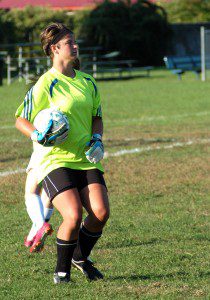 Gateway goalie Brooke Fairman hauls in a save during the regular season. Fairman has been steady in between the posts all year. (Photo by Chris Putz) 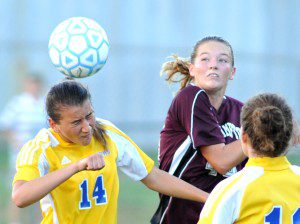