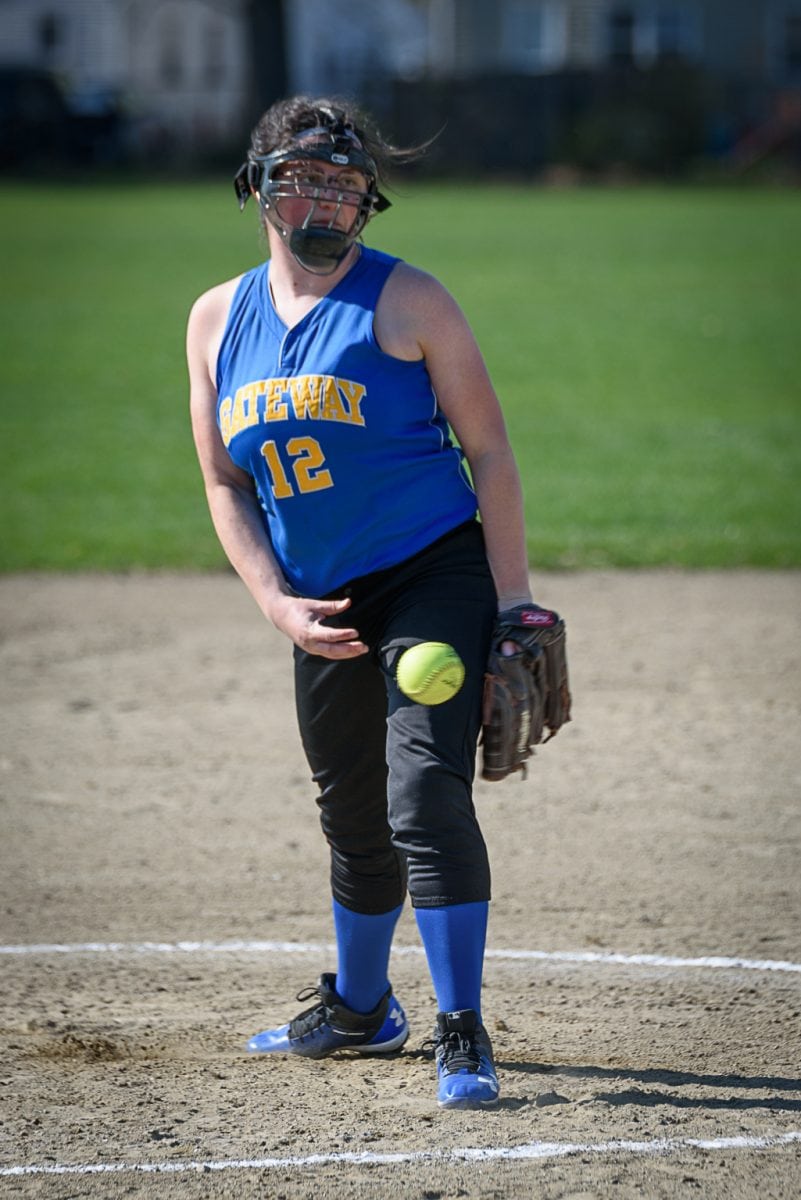 HUNTINGTON – The waters have been a bit murky for the Gateway Gators over the last half-decade as the softball team found itself left out of the postseason tournament year after year … but no more.
On Friday, the Gateway Regional High School softball team qualified for the playoffs for the first time since 2013 with a dominating effort against the Commerce Red Raiders. The Gators won 16-3 in a mercy-shortened, five-inning contest. 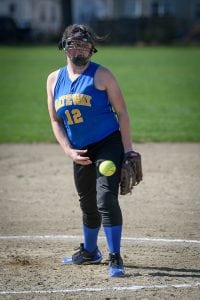 Gateway Regional High School senior softball pitcher Audrey Gamble struck out nine batters in a two-hitter Friday against Commerce as the Gators won a mercy-shortened contest to earn a tournament berth for the first time since 2013. (Staff file photo)

“It’s kind of a like a combo of a sense of relief and happiness,” said Gateway coach Matt Bonenfant, who embraced his starting pitcher Audrey Gamble in a celebratory hug after the game. “They understood the win total, the numbers adding up. Everyone’s happy to make it, but it’s a relief as well.”
Gateway (10-4 overall, 10-0 Tri-County League) punched its postseason ticket with another stellar outing from Gamble, who struck out nine batters in a two-hitter.
“It was just typical Audrey,” coach Bonenfant said. “She kept the batters off the bases.”
Gateway’s offense was clicking as well.
Stephanie Paiva homered in the third inning; Ava Auclair and Lily Waters both doubled and finished with two hits apiece; Makala Gogal smacked a pair of two-run singles, and Allison Manos (2-for-5), who tripled in the first run of the game in the first inning, hit a walk-off single to invoke the mercy rule in the fifth.
The Gators scored eight runs in the fifth inning.
“That’s when we went full out hit mode,” Bonenfant said.
Despite now being a hit with their fans, Gateway is not intent on slowing down anytime soon.
“Our next goal is to win the league,” Bonenfant said.