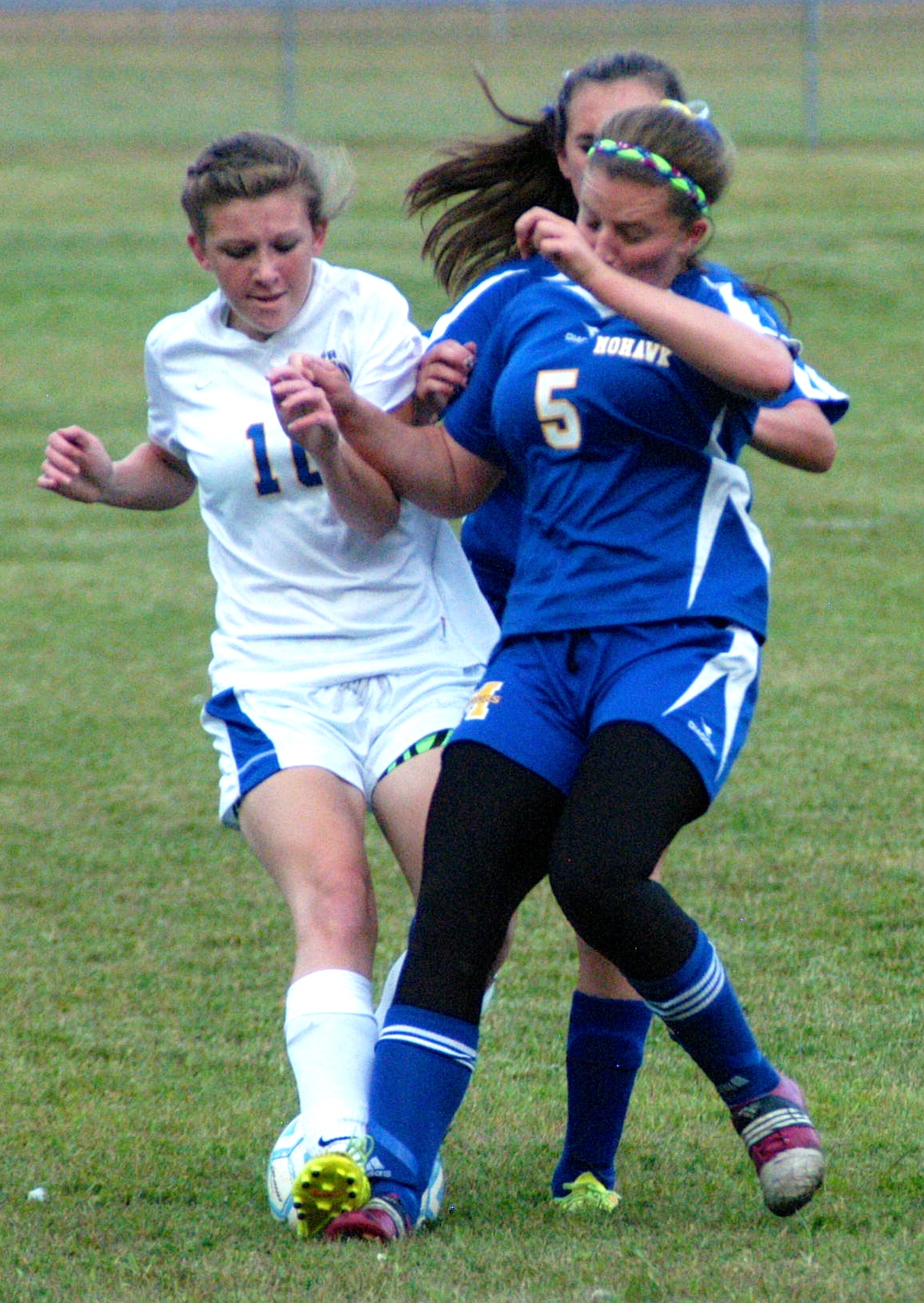 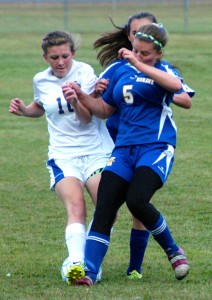 HUNTINGTON – If at first you don’t succeed, try, try, try, try, try … and try again.
That is the mindset that the Gateway Regional High School girls’ soccer team adopted Wednesday as the Gators pressed Mohawk, lofting shot after shot after shot at the opposition’s goal until one finally found the back of the net after 37 minutes, 59 seconds.
Gateway Regional freshman forward Jessica VanHeynigan scored one goal in each half to lift the Gators to a 2-0 win over visiting Mohawk.
Gateway backed Mohawk deep into its own territory throughout much of the game. It paid off when VanHeynigan smashed a ball at the Mohawk defense, deflecting off a player and into the net for a 1-0 lead just before the buzzer, signaling halftime.
VanHeynigan tallied the second goal in the 53rd minute, squeezing a shot in between a diving goalie and the goalpost. Senior Hannah Green set the shot up with a fantastic through ball through an open lane.
Gateway threatened to do more damage several times in the final 20 minutes.
Jessie Walton delivered a brilliant direct kick from about 20 yards out that was nearly pushed into goal by the Gateway offense. Alyssa Moreau set up the forwards from the end line with a pinpoint cross pass out in front of the Mohawk goal before it was turned away. Moreau also had a laser shot high on goal tipped away at the last second.
With the victory, Gateway improved to 2-1. The Gators next host South Hadley Monday at 4 p.m.