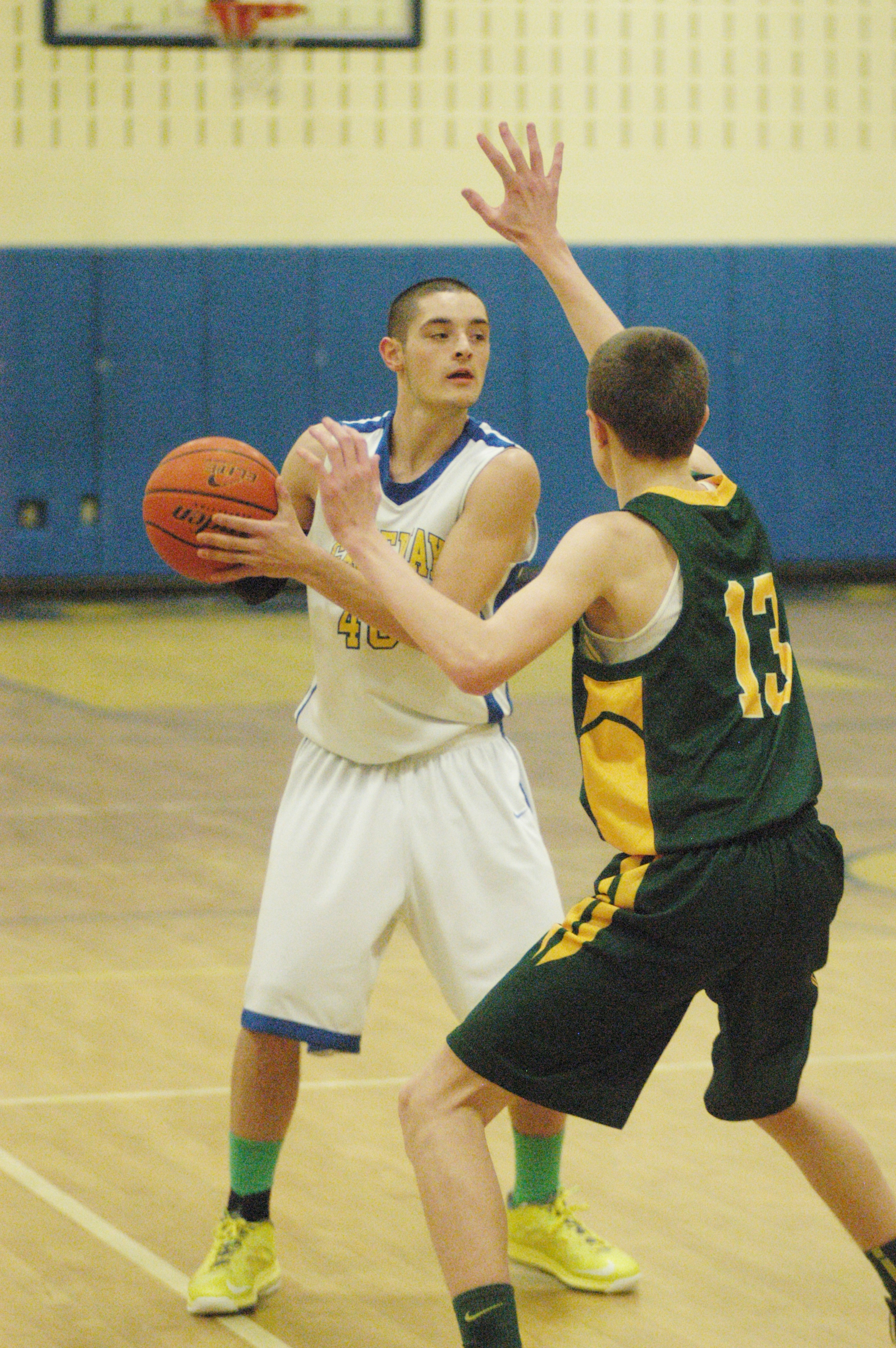 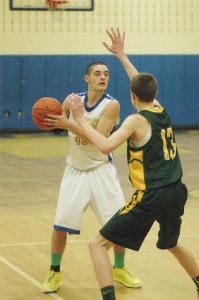 HUNTINGTON — After 10 years, what was another four minutes for the Gateway Regional boys’ basketball team.
The Gators snapped a 10-year postseason drought with a 62-61 overtime victory over Holyoke Catholic Monday night.
Curtis Dowers drilled his only 3-pointer of the game with 1 minute, 34 seconds left to provide the winning basket. Mike Arel then blocked Dorian Guidi in the post with 2.0 seconds left to seal the win.
“We have to keep moving forward,” said Gateway coach Mike O’Connell, whose program was last seen in the 2003 postseason, falling in the Western Massachusetts Division 3 Tournament semifinal round. “Once we get to the tournament, the competition gets tougher. You lose you go home. We got to keep working.”
Gateway (10-2, 10-1 Tri-County) rebounded from its second loss of the season. McCann dealt the Gators a 53-40 loss and snapped their eight-game win streak on Thursday.
“They got to nine wins fairly quickly,” O’Connell said. “We had a tough loss to Lee at home and that’s a good team that we played. We kind of went on a run and we won some big victories, won some close games, we won some games we played poorly and won some games we played well. We went to McCann hoping to take care of business up there and they outplayed us. To come home and get 10, that’s huge for those kids.”
The matchup with the Gaels (3-9, 2-7) featured two teams formally of the Bi-County League. Realignment dropped both programs into the Tri-County League and success has followed both.
“When we play as a team, we have the potential to do some really nice things,” O’Connell said. “There are times when we get scattered and we try to force some things up and it hurts us. … It’s those ebbs and flows.”
Trailing 59-56 in overtime, Guidi (17 points) converted a three-point play to tie the game for Catholic. He then scored in the post to give the Gaels a 61-59 lead with 2:26 left.
About one minute later, Dowers caught the ball along the right wing and nailed the go-ahead 3-pointer. The senior entered the game averaging 18.9 points per game, but he was held scoreless in the first half. Dowers finished with nine points.
“I didn’t play good at all today. I was a little frustrated,” Dowers said. “In practice I made that (3-point) shot the other day against Calvin (Dowers) and Mike when we were playing and today in gym I made that shot. I just came out in a rhythm with that shot.”
His twin brother Calvin stepped up with 24 points, including the first three in overtime for Gateway.
“It was back and fourth,” Calvin Dowers said. “We’d have good stretches where we’d pull ahead then we’d have lapses on defense.”
Gateway led for most of the game behind solid contributions from Justin Edinger (10 points), Arel (10 points) and Peter Kowal (six points), but the Gaels got timely 3-pointers and spurts of solid play to stay close. Catholic trailed 52-44 with less than six minutes left in the fourth but rallied.
Andrew Foley (16 points) hit two 3s during the closing 12-4 run to tie the game. His second 3 came with 35 seconds left and tied the game at 54. Calvin Dowers took a quick inbound pass and scored a layup with 16 seconds left, but Guidi scored inside with four seconds left to send the game into OT. – Courtesy of Mike Moran/Daily Hampshire Gazette