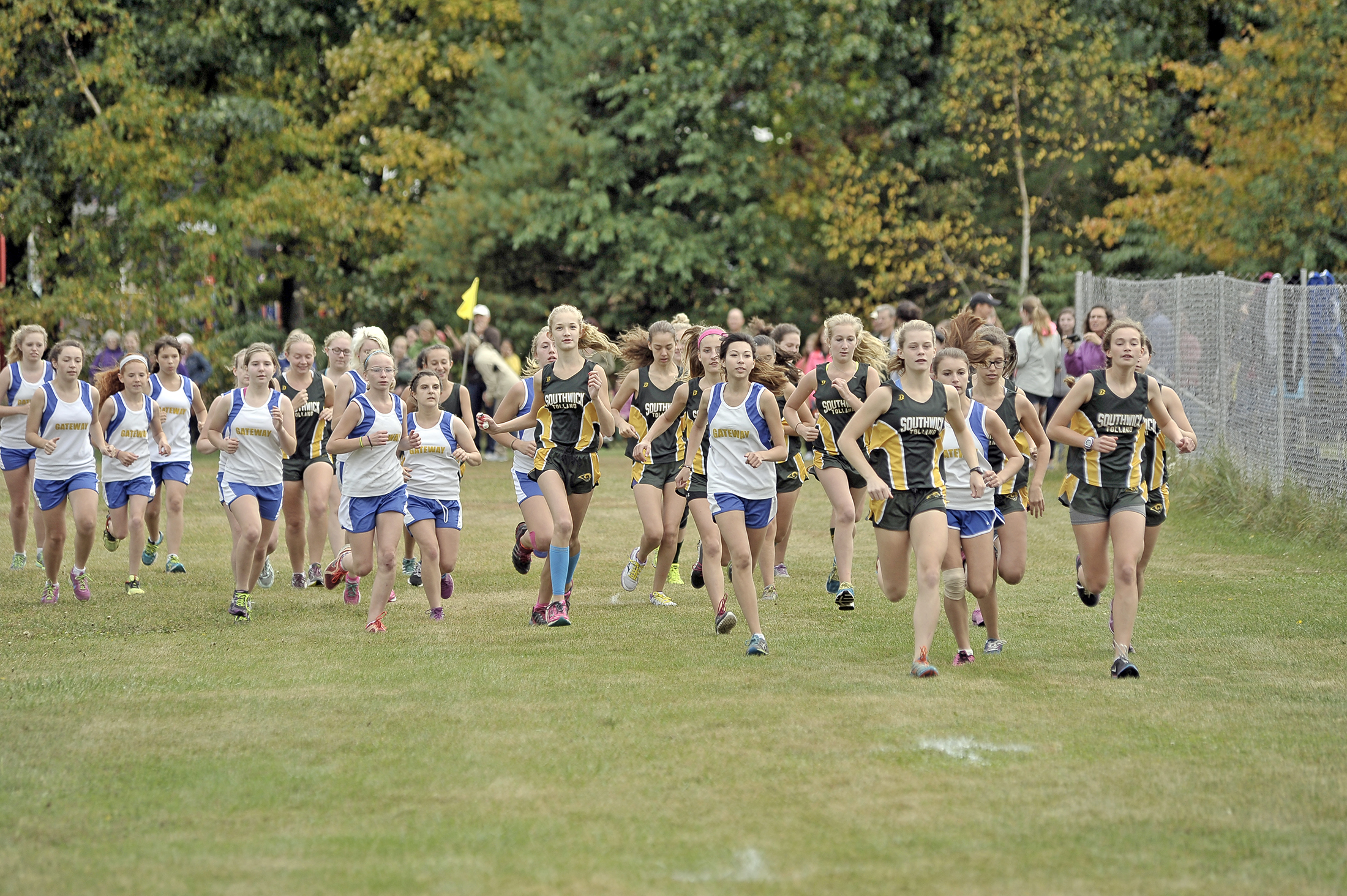 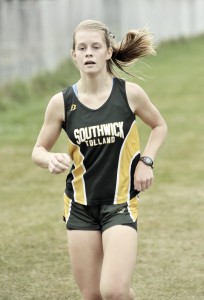 Southwick’s Emily McKinney finished first for the Southwick team with a time of 22:13 and second overall to Gateway’s Fay Grzybowski time of 21:54 Wednesday. (Photo by Frederick Gore)

SOUTHWICK – A good-old fashioned home town race took over Southwick Wednesday, and the Rams prevailed against a friendly rival.
Southwick claimed four of the top six finishes, and seven of the top 10 to defeat visiting Gateway in a high school girls’ cross country meet, 24-35.
“The theme of the meet was teamwork and sportsmanship today,” Southwick coach Kristin S. Tetrault said. “We had many seasoned runners assume leadership roles and use their running talents and know-how to help push newer teammates to personal bests. Southwick ran well in packs and I was really happy with the results.”
Southwick’s Emily McKinney (22:13) and Samantha Smith (22:18) placed second and third, overall. 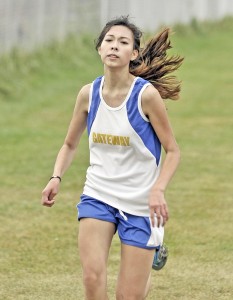 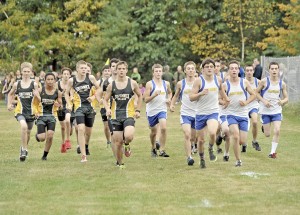 Members of the Gateway and Southwick boys’ cross country teams leave the starting line during a meet in Southwick yesterday. The three-mile run had to be redesigned at times to accommodate the construction and renovation projects within the Southwick school complex. (Photo by Frederick Gore)

“Today was a great mid-season meet,” coach Tetrault said. “I have come to love competing against Gateway as their crowd support and team structure is much like that of Southwick. Both teams are full of athletes that demonstrate a high level of sportsmanship, and their family and friends do the same.”
“I love when the crowd cheers on each runner and that is exactly what happened at today’s meet,” she added.
Southwick’s head coach noted that several individuals who scored in Wednesday’s meet had not scored in previous meets, which bodes well for the Rams.
“That is a positive sign for our team,” Tetrault said. “We are looking forward to PVIACs and Western Mass championships.”
Results for the boys’ meet were not available.