WESTFIELD – A second focus group has been scheduled for Go Westfield, the marketing partnership launched last summer by the City of Westfield, Westfield Gas & Electric/Whip City Fiber, the Greater Westfield Chamber of Commerce and Westfield Bank. The purpose of Go Westfield is to communicate to people outside the region that Westfield “is an attractive location to grow a business and an exceptional place to live, work, and play,” according to City Advancement Officer Joe Mitchell.
“In our continuing outreach campaign, the next group to get feedback from is Westfield manufacturers. We have invited several dozen companies to a meeting at the end of the month at Barnes Airport,” Mitchell said.
He said this next focus group is the second in a four-part series to get feedback from different stakeholders in the city. The next two focus groups will be for non-profits, and for realtors and developers.
Mitchell said 20% of the campaign is marketed internally to the city, 80% to site selectors, to attract new business to Westfield. “We want them to know we’re here, and what we have to offer,” he said. Besides the GoWestfield.com website, which has an upbeat promotional video about the city, ads are being placed in trade magazines and online venues. 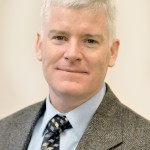 “Westfield has a great story to tell,” Mitchell said, pointing to rail and highway access, hi-speed internet, “very competitive” energy rates, and Barnes airport. He said there is also room for growth in the city’s water and sewer infrastructure. He said for companies that want to relocate families, there are good schools, wonderful parks and Westfield State University.
Mitchell said the purpose of the forums is to help the Go Westfield partnership refine its message, and where to advertise and focus the campaign. “We are looking to increase business activity to keep our local economy heading in the right direction,” he said.
At the first focus group for small business owners, held in January at Circuit Coffee, the dozen or so business owners present all said that downtown Westfield is coming alive, and talked about the new shops and restaurants that had opened. They were also asked about the challenges of doing business in Westfield, and the discussion circled around parking and the lengthy permitting process, among other issues.
Several business owners also expressed concern about the speed cars travel through the downtown. Before the City Council this Thursday is a motion from the Traffic Commission to lower the speed limit in the downtown business area to 25 mph, which will proceed to a vote with a positive recommendation from the Legislative & Ordinance committee.
Community Development Director Peter J. Miller, who moderated the first forum, said the message they received from the first group is “the little things matter. Not everything is a big major issue, but those little things make a big difference for a place to do business in,” he said.
Miller said he expects the discussion with manufacturers in the next forum will be more on a macro level, talking about the workforce, and state and local regulations. “What makes Westfield a good place for them, and are there things we can do locally to make it better. That’s what we’re looking to hear,” Miller said.