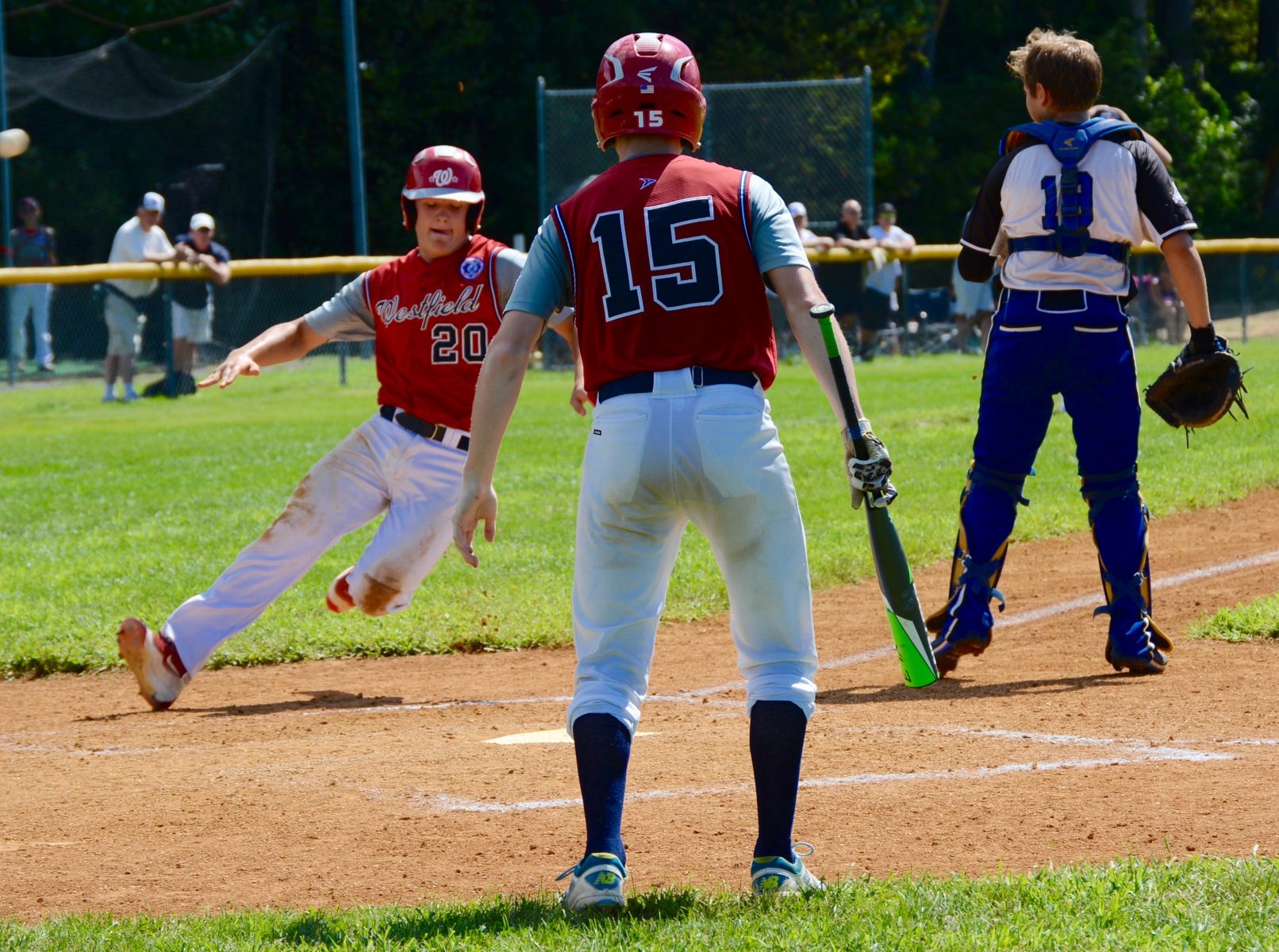 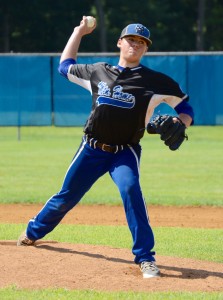 WESTFIELD – For Mountain Home (Arkansas) pitcher William Gross, this win was a long time coming.
Gross completed a full seven innings over a two-day span, and Mountain Home handed Westfield its third straight loss, 10-1, Sunday at Westfield State University’s Bud and Jim Hagan Field.
The morning tilt was a direct result of Saturday night’s contest, which was delayed after a thunderstorm struck the Whip City, halting the contest in the second inning.
Gross, who was named the Ron Tellefsen “Player of the Game” for his team, scattered four hits, struck out six batters, walked two, and hit three by pitch. 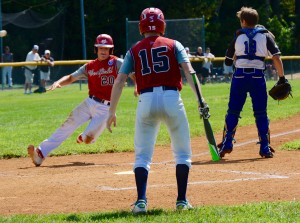 “I kind of wanted to finish it last night,” Gross said, following Saturday’s victory. “I didn’t really want to play two games today … but we kept the momentum going.”
On Saturday night, Mountain Home jumped out to a 2-0 advantage. On Sunday, they added to that lead.
The entire Mountain Home offense got in on the act, highlighted by two-run base hits from Joshua Prinner and Gross late.
Westfield scored its only run of the game in the sixth inning, scoring on a double steal attempt. Mason Collingwood roped a double to left field, advanced on a wild pitch, and scored on the steal of home.