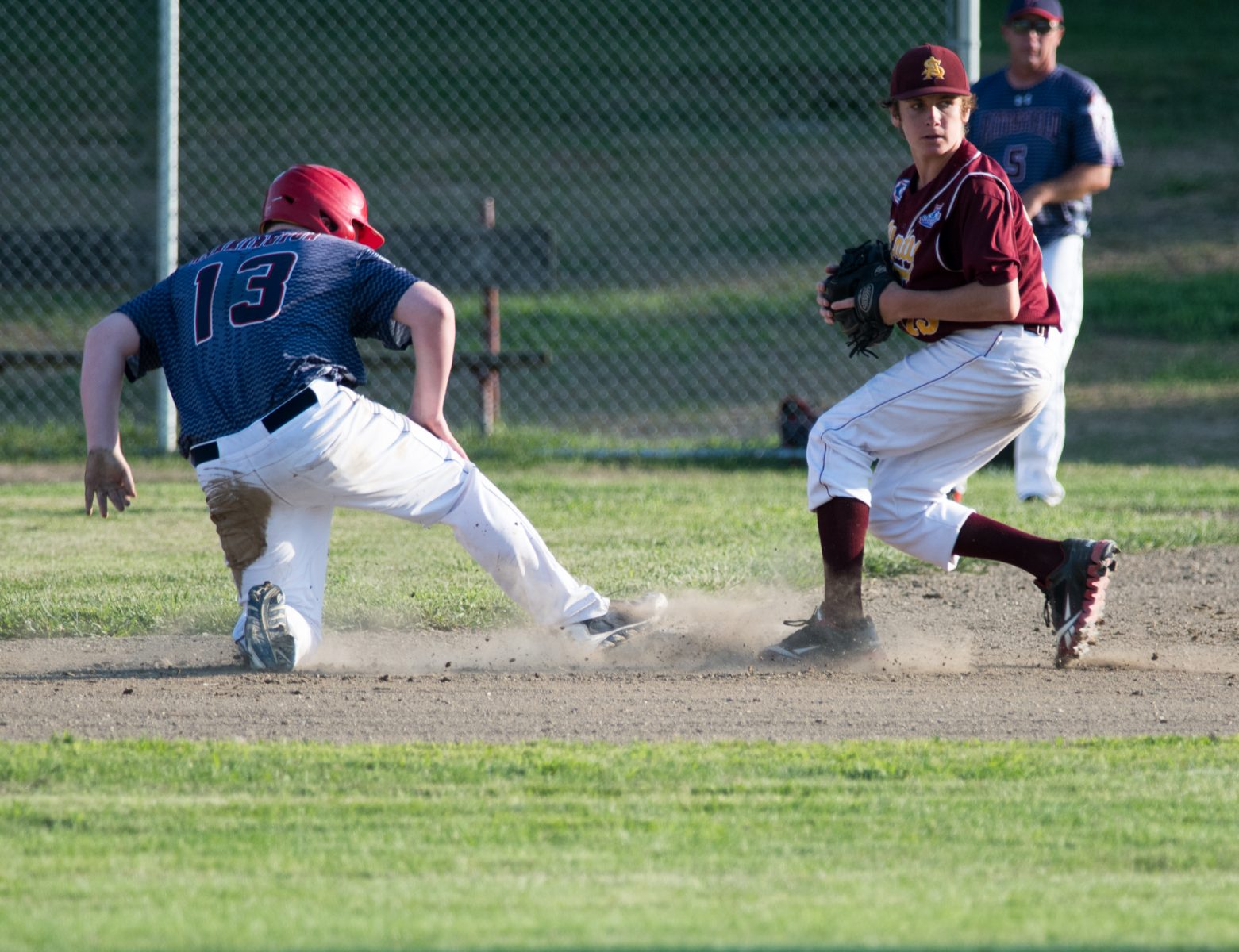 WESTFIELD – It has been a tough tournament for Pittsfield as it dropped the second game of a doubleheader and third game in a row, 8-1 to Mid-Atlantic (NJ) on Saturday.
Pittsfield lost their starting pitcher, Christian Womble – who has also won consecutive player of the game honors for the team in the tournament – in the third inning due to heat and dehydration. He was able to later return, but by then it was too late for Pittsfield.
It seemed like Pittsfield was going to be able to turn their fortunes around in the tournament early. 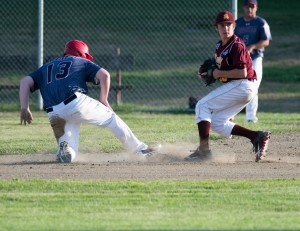 Pittsfield was able to score in the second inning, giving themselves a 1-0 lead after back-to-back doubles by Joey Harrington and Dylan Burke scored Harrington, giving Pittsfield the first run of the ball game. Also, through the first two innings Womble was perfect on the mound, including two strikeouts.
However, while warming the third inning, Womble called for his manager. After a brief discussion and meeting with medical staff, Womble was pulled from the game.
Mid-Atlantic was able to capitalize.
Pittsfield sent in Jett Steinman to pitch, and he was greeted with a CJ Brown double to center field. Steinman was able to induce a groundball out from Jim Pasquale, but Brown advanced to third on the throw. He then scored during the next at-bat on a passed ball. Kevin Foreman followed with a double to deep left field, then Gabe Donahue slapped a single through the right side of the infield and advanced on the throw in, making it runners on second and third with one out. Tony Sentamaria came up and laid down a sacrifice bunt that moved both runners ahead and scoring one, making it 2-1. Then, Alexandro Rosado was able to poke an RBI single out to left field to make it 3-1.
The scoring continued for Mid-Atlantic in the bottom of the fourth. After Foreman hit a two-out single that moved Brown to third, Donahue came to the plate and delivered a double to left field that scored both runners, making it 5-1.
In the fifth, Womble returned to the mound – which is allowed in Babe Ruth rules – but was not as effective as he was when he began the game. Mid-Atlantic was able to tack on three more runs in the inning, including one on a Brown double and another on a Womble wild pitch, which proved to be the final runs of the game.
The players of the game were Brown for Mid-Atlantic and Lucian Lamerall for Pittsfield. Brown was 2-for-2 with a walk, two doubles, two runs and an RBI, while Lamerall was 2-for-3 with two singles.