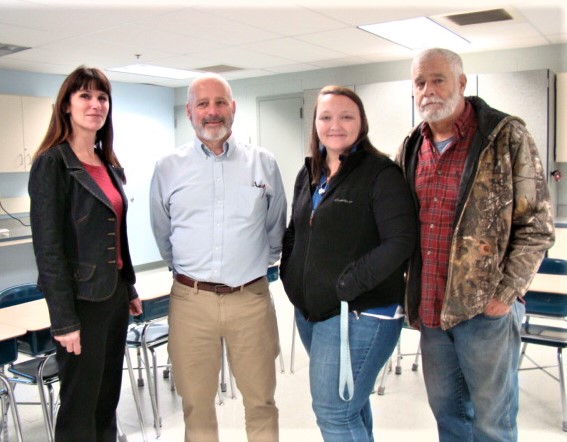 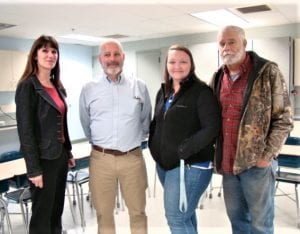 The meeting was part of a state local technical assistant grant of $15,000for the HCAA to become more transparent in its organization, and ultimately more sustainable.
Eric Weiss, regional and municipal services manager for the Pioneer Valley Planning Commission, gave a presentation to approximately two dozen stakeholders from the area, all of whom seemed well aware of HCAA’s services and value to the area. Currently, HCAA serves Blandford, Chester, Huntington, Montgomery, Russell and Worthington, but they are looking to potentially expand their service area.
Response times for an HCAA ambulance vary from nine to 19 minutes depending on the distance from Huntington, where the non-profit regional ambulance service is housed. Patients are transported to preferred hospitals except in an emergency situation, where they are transported to the nearest hospital.
The staff of paramedics and EMTs is professionally managed and operated under Paramedic Services Director Angela Mulkerin, providing more than 80% paramedic level coverage. They also offer a CPR Academy for the region, and provide Fire Department trainings, and hire locally whenever possible.
As a non-profit, HCAA is run by a board of directors consisting of municipal representatives appointed by each member town and three at-large that sets goals, manages the organization and directs Mulkerin, who manages all staff. Weiss said one of the biggest struggles for the organization is making sure there are representatives from each town.
“Getting people to work and serve at the local level is getting harder and harder,” Weiss said.
Weiss pointed out that as a non-profit they are not funded as a municipal service, and must request funding annually from the towns they serve. HCAA’s current operating budget is $624,045, of which $400,000 (63%) comes from ambulance fees, and $191,005 (30%) from town assessments. Payroll expenses comprise 66% of the budget.
Separately, there is a capital budget of $17,995 annually assessed to the towns for vehicles, at costs to the towns ranging from $1,775 to $4,600 annually. Weiss said that having the capital budget shows good strategic thinking in planning ahead for an inevitable ambulance purchase.
During the discussion, Bernard Forgea of Cummington talked about the huge struggle to get the regional ambulance service going after the Lions Club stopped providing ambulance services to the towns. He said they have come a long way since 2002.

“The best buy you’ll ever get is HCAA,” Forgea said.