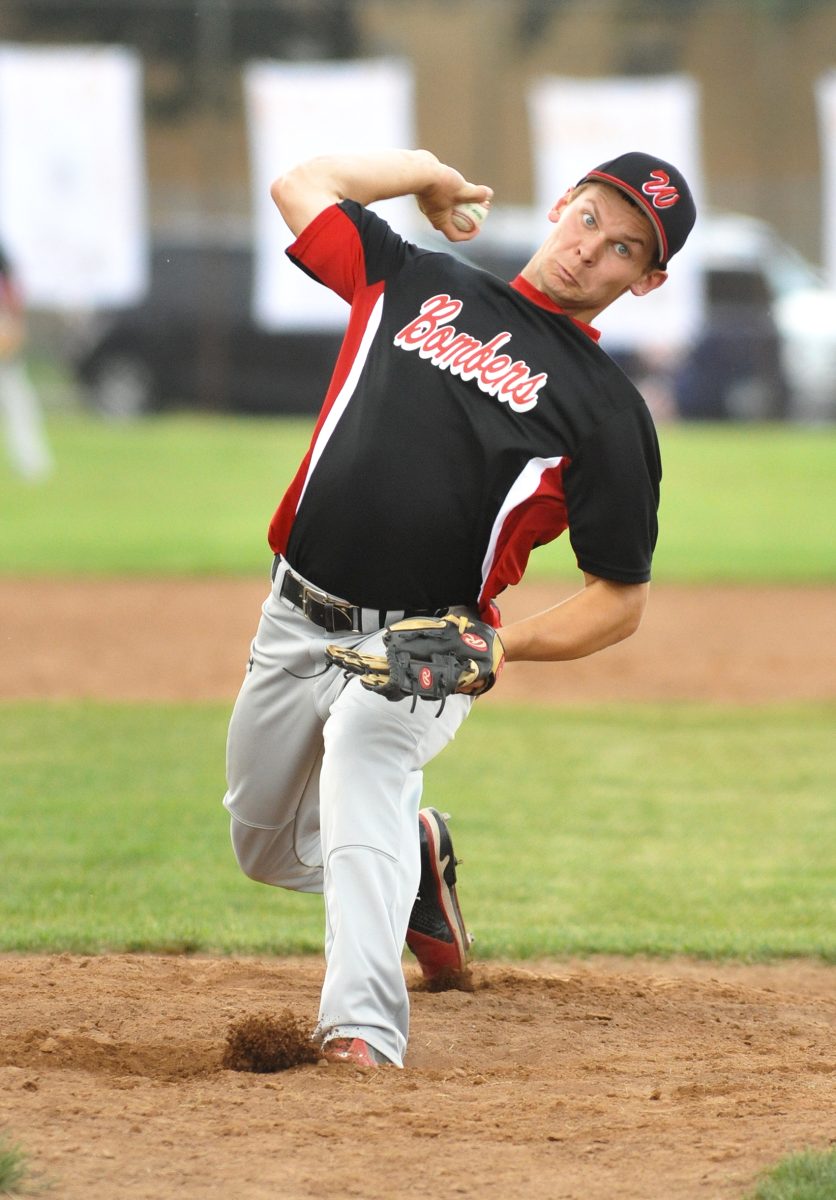 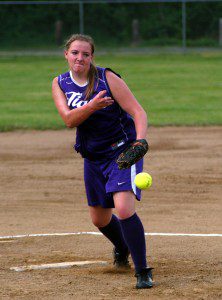 WESTFIELD – It was a topsy-turvy day for area high school teams due to Tuesday’s storms, and nobody was immune as inclement weather forced delays and postponements from the Whip City all the way to Wilbraham.
In West Springfield, the Westfield High School boys’ lacrosse team led the home team Terriers 9-2 at the half before the game was called due to lightning. It was an official final.
Matt Lacroix and Kevin Papineau led Westfield (13-4) with 2 goals and an assist, Chris Pray scored two goals, Sam Scarfo had a goal and two assists, and Ryan Wilson netted one goal.
Bombers’ goalie Jake Cupak collected four saves, and also added an unlikely goal on offense. Westfield defensemen Ethan Nassar and Brian Jensen assisted.
St. Mary had its boys’ lacrosse contest halted with 6:17 remaining in the first half and Belchertown leading 9-2 at Stanley Park. That game is tentatively scheduled to resume Wednesday at 3:30 p.m.
BASEBALL
The Westfield High School baseball team, who fell prey to four errors, and fell 12-2 at Minnechaug late Monday night, had its game at Agawam postponed during play Tuesday. The game will resume Wednesday at 4 p.m.
Mother Nature also put a damper on St. Mary’s “senior night” festivities on the diamond as well with a washout of the Saints-Westfield Voc-Tech Tigers baseball game scheduled at Bullens Field. The game has been rescheduled for Wednesday afternoon at 3:30. 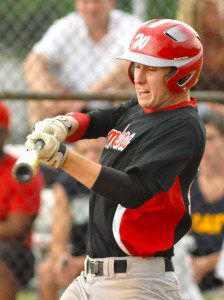 Westfield’s Nate Barnes connects for a single during Tuesday’s game against Agawam. (Photo by Frederick Gore)

The Tigers (7-9) must win their final two games to qualify for the Western Massachusetts Division III tournament. The Saints are cruising toward one of the tourney’s top seeds.
In Southwick, Palmer held a 1-0 lead in the top of the first inning with runners on first and second bases with no outs before play was halted. That game will continue Friday at 4:30 p.m.
SOFTBALL
The Westfield High School softball team was in the midst of avenging its only loss of the season against Minnechaug, holding a 2-1, third-inning lead against the host Falcons Tuesday before rain postponed their efforts.
Westfield scored both of its runs in the top of the third.
Macee Candiano led off the inning with a base hit, Jess Pratt doubled, and Maddy Atkocaitis hit an RBI double.
Minnechaug currently has a runner on first base with two outs in the bottom of the third, facing Westfield pitcher Sara McNerney (4 Ks).
The game is expected to resume Wednesday at 3 p.m.
At Whitney Field, Renaissance jumped out to a 1-0 lead over Voc-Tech in the top half of the first inning. But the Tigers quickly pounced, scoring three runs (Brandi Vangelder, Katie Nesmelova, Elyza Colson) in the bottom half before thunder postponed the remainder of the game.
The game will resume Wednesday at 4.
VOLLEYBALL TOURNEY ANNOUNCED: The Westfield High School boys’ volleyball team, seeded third in the Western Massachusetts Division I tournament with a record of 14-3, will host No. 6 Holyoke (14-4) Tuesday, May 28 in a quarterfinal match at 6:30 p.m.
Agawam (17-2) and Ludlow (15-3) drew the tournament’s top two seeds, respectively.