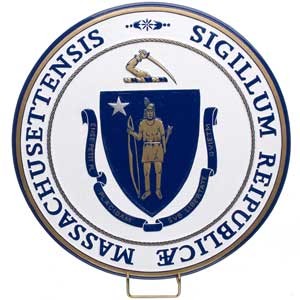 BOSTON – Both the Senate and House of Representatives enacted a $32.5 billion spending plan for the commonwealth late last week.
The budget focuses heavily on the restoration of local aid, education funding, and public safety.
“The hallmark of this budget is a firm commitment to helping our partners in local government with substantial support for community preservation, special education, and public safety,” said state Sen. Michael R. Knapik (Westfield).  “Further, I am pleased several important policy initiatives, including EBT reform and prescription drug discounts, were included in the final document.”
Westfield’s state Rep. Donald Humason (Westfield) said he cast a favorable vote for the same reasons.
“When it came out of the House and Conference Committee, I thought it was good,” Humason said of the spending plan. “It focused a lot on local aid, education aid, electronics benefit transaction reformation – several reforms I was pushing for.  It had a lot of priorities I wanted, but not other things I wanted, such as illegal immigration reform, so we’ll keep working on that.”
The budget includes $5.7 billion in direct local aid. Westfield is set to receive unrestricted general government aid (UGGA) of$4,939,735 in FY12, and $5,324,736 in FY1. Westfield will receive $32,546,677 in FY12 Chapter 70 funds, and another $32,927,874 in FY13. Southwick will receive $989,791 in FY12 UGGA and $1,066,935 in FY13, with no chapter 70 funds outlined.
Other local priorities include $17,081,671 for Western Massachusetts Hospital Administration Account (+$624 thousand over FY12) and $20,139,642 for Westfield State University Administration Account.
The budget includes several policy initiatives, including to the Community Preservation Act (CPA). Those changes include making  it easier for cities and towns to use the program in support of the projects they most desire.
Policy reforms to the EBT program include product restrictions, such as alcohol, lottery. Tobacco, firearms, tattoos/piercings, fees/fines/bail, gambling, and vacation Services. Businesses that may not accept EBT cards include liquor stores, gaming establishments, tattoo parlors, firearms stores, jewelry stores, and rent-to-own stores. The reform increases penalties for recipients that use their EBT cards inappropriately, but does allow EBT use for public transportation.
Humason said there is talk of a push for tax increases next year, something he will not support.
“I will not vote for a budget that increases taxes,” Humason said. “We should be looking at real reform, and the good news is that if the economy turns around the Democrats may not be looking at tax increases.