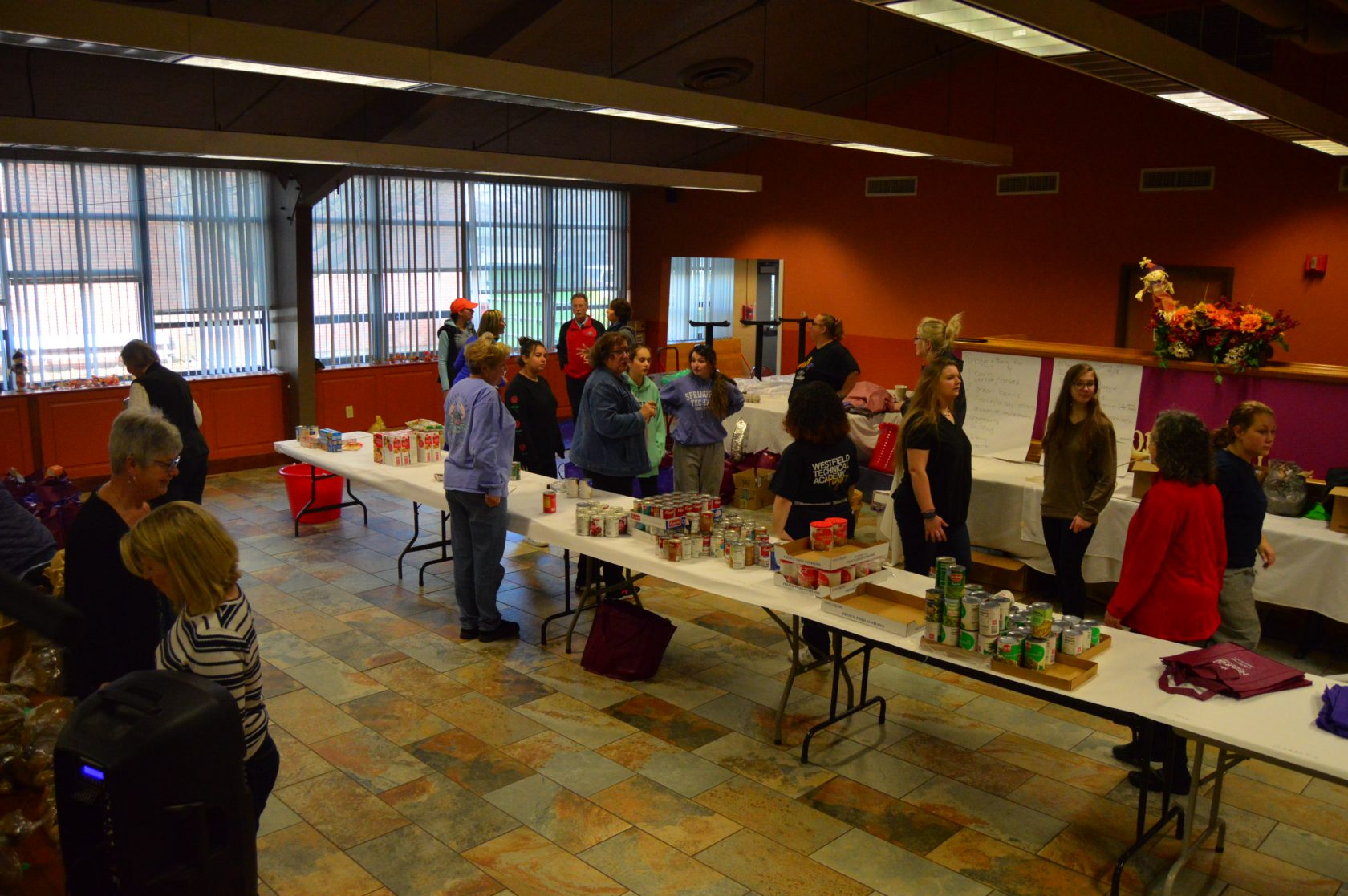 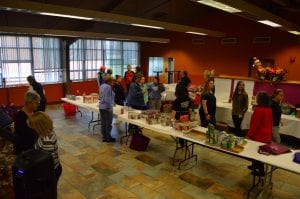 WESTFIELD – It will be a Happy Thanksgiving for 250 city families who received turkeys and all the trimmings this week.

Hundreds of pounds of food was collected and donated at Westfield Technical Academy Nov. 25 during its Thanksgiving food drive to benefit families of Westfield school students.

The drive began at 6 a.m. Monday and continued until noon at the WTA. WSKB Radio had hosted a special radio broadcast from the room where the food was being organized where on-air personalities encouraged donations from the public. Throughout the day, deliveries of Thanksgiving food, including turkeys, stuffing, and potatoes were brought to the school and wheeled in to be organized.

According to Acting Mayor Ralph Figy, who assisted with delivering the bags of food to their destinations, the food was being organized and brought to most of the schools in the city. The administrations for the high school, Westfield Intermediate School, Westfield Middle School, and most of the elementary schools identified students and families who may be in need of assistance in having a Thanksgiving meal this year. 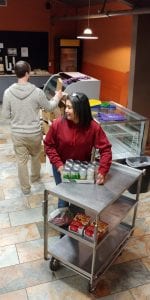 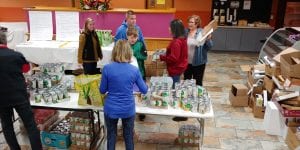 There were 250 bags of food, each organized and filled according to the number of people in each family.

Susan Figy of Coldwell Bank, who was leading the effort to organize the food, said extra non-perishable foods would be brought to the WTA food pantry

“I’m just overwhelmed with how much has been donated,” said Susan Figy, “I am so grateful for those who gave donations and gift cards early.”