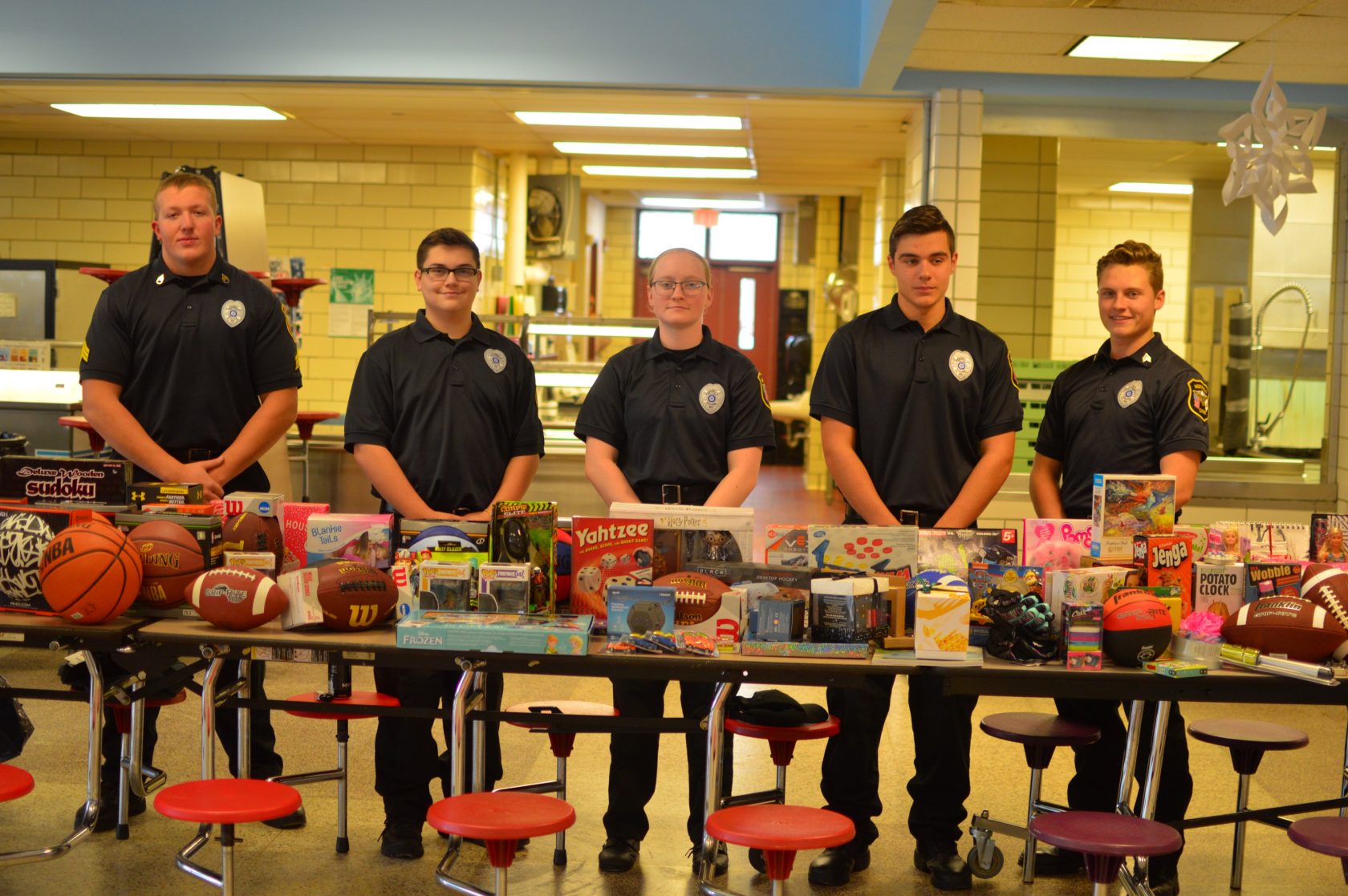 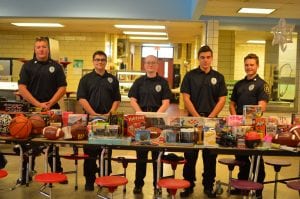 The Westfield Youth Police Cadets gathered and organized the more than 200 toys that were donated for Toys for Joy. (Photo by Peter Currier)

Principal Paul Newton said that he thought that this year’s collection for Toys for Joy may have been their most successful collection to date, with more than 200 toys collected in the school cafeteria during the party. The toys were mostly donated by teachers and staff at Westfield Middle School.

“Many of the toys are meant for kids aged 11 to 13 years-old will likely end up going to some kids in this school,” said Newton. 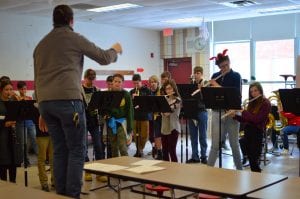 In addition to the toy drive, students and faculty were invited to write letters to overseas troops for the holidays. Dozens of letters were written to be collected following the event.

The Westfield Youth Police Cadets took the donated toys back to the Westfield Police Department Headquarters where they were organized for the recipients The Youth Cadets also hosted its annual toy drive in front of Walmart on Saturday. 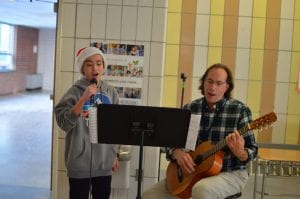 During the event at Westfield Middle School, the WMS band, lead by Ryan Emken, played holiday music. They were accompanied by chorus teacher David Gomes and 7th grader Luke Bulan. Bulan sang solo holiday songs while Gomes backed him up on the acoustic guitar.