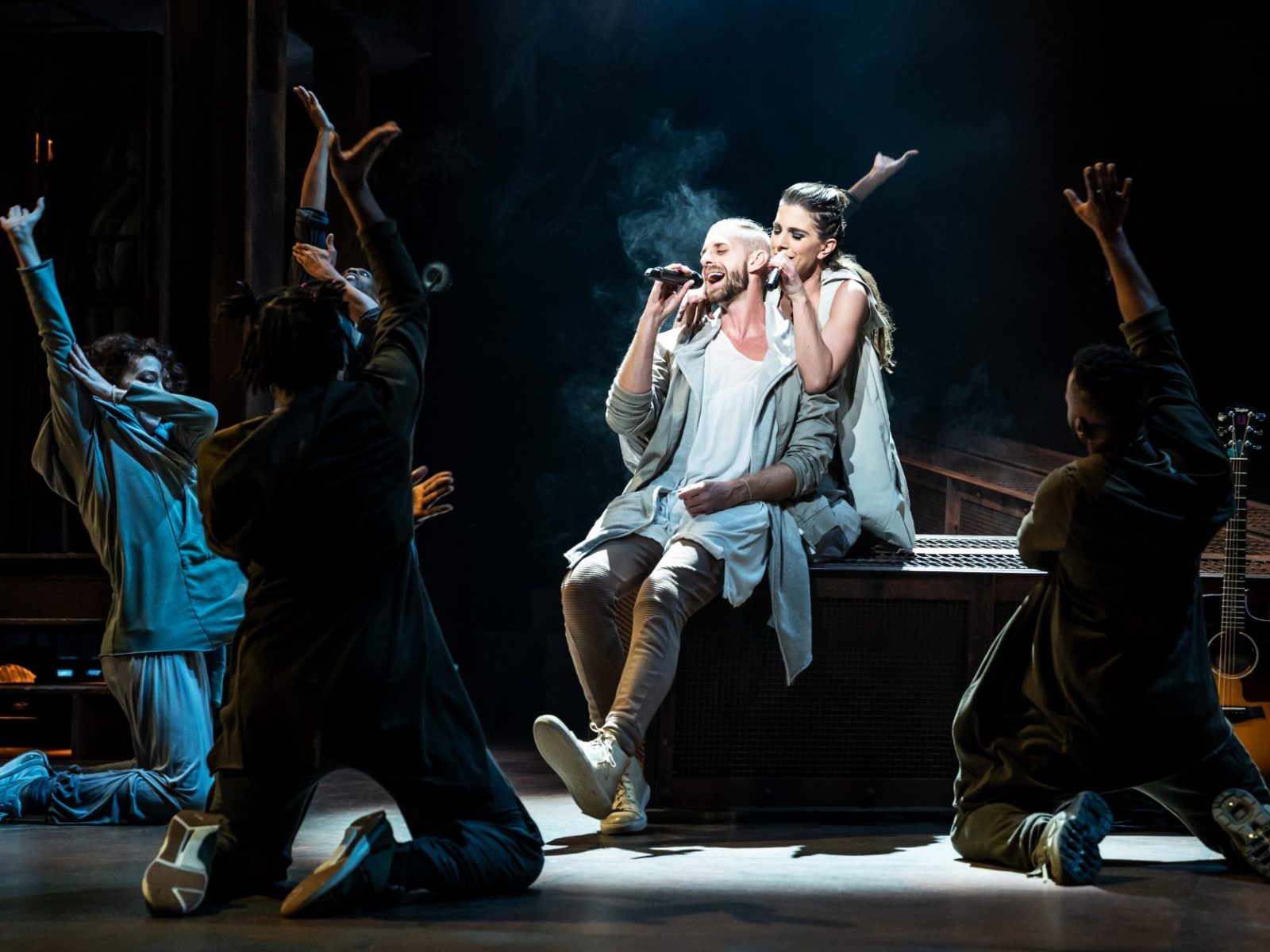 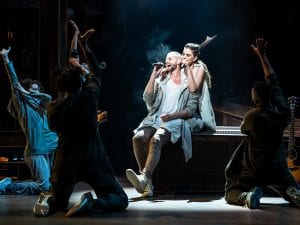 Jesus Christ Superstar, a rock opera with music by Andrew Lloyd Webber and lyrics by Tim Rice, was first released as a concept album in 1970. The story is loosely based on the Gospels’ accounts of the last week of Jesus‘ life, beginning with the preparation for the arrival of Jesus and his disciples in Jerusalem and ending with the crucifixion. The Broadway production opened in 1971, staged by Tom O’Horgan. The cast included Barry Dennan and Yvonne Elliman from the concept album, Jeff Fenholt as Jesus, and Ben Vereen as Judas. The production received mixed reviews, 5 Tony nominations, and a Drama Desk award for Lloyd Webber as “most promising composer”. One song from the show, “I Don’t Know How To Love Him”, was a Billboard blockbuster. The musical has been revived over the years, filmed, and done as a live TV special. Lloyd Webber won a 2018 Emmy Award for “Outstanding Variety Special-Live” for Jesus Christ Superstar—Live in Concert.

This version, a 90-minute, intermission-less sung-through rock opera takes place on a huge, multi-level set by Tom Scutt, who also provided the costumes. Lee Curran’s lighting design is more stadium arena rock show style than traditional theatre. Timothy Sheader’s fluid staging, accompanied by excellent choreography by Drew McOnie makes the musical unfold like a film. It’s loud, unsubtle, and oddly intoxicating, but the show’s lovely and quiet moment, the song “I Don’t Know How to Love him”, sung by Jenna Rubah, is outstanding. Aaron LaVigne is terrific as Jesus.

A half century after its premiere, Jesus Christ Superstar remains one of the theatre’s top rock opera/musical. And Andrew Lloyd Webber’s music shows promise which is more fully realized in his subsequent hits Evita, The Phantom of The Opera, and Sunset Boulevard. The musical runs through March 1.