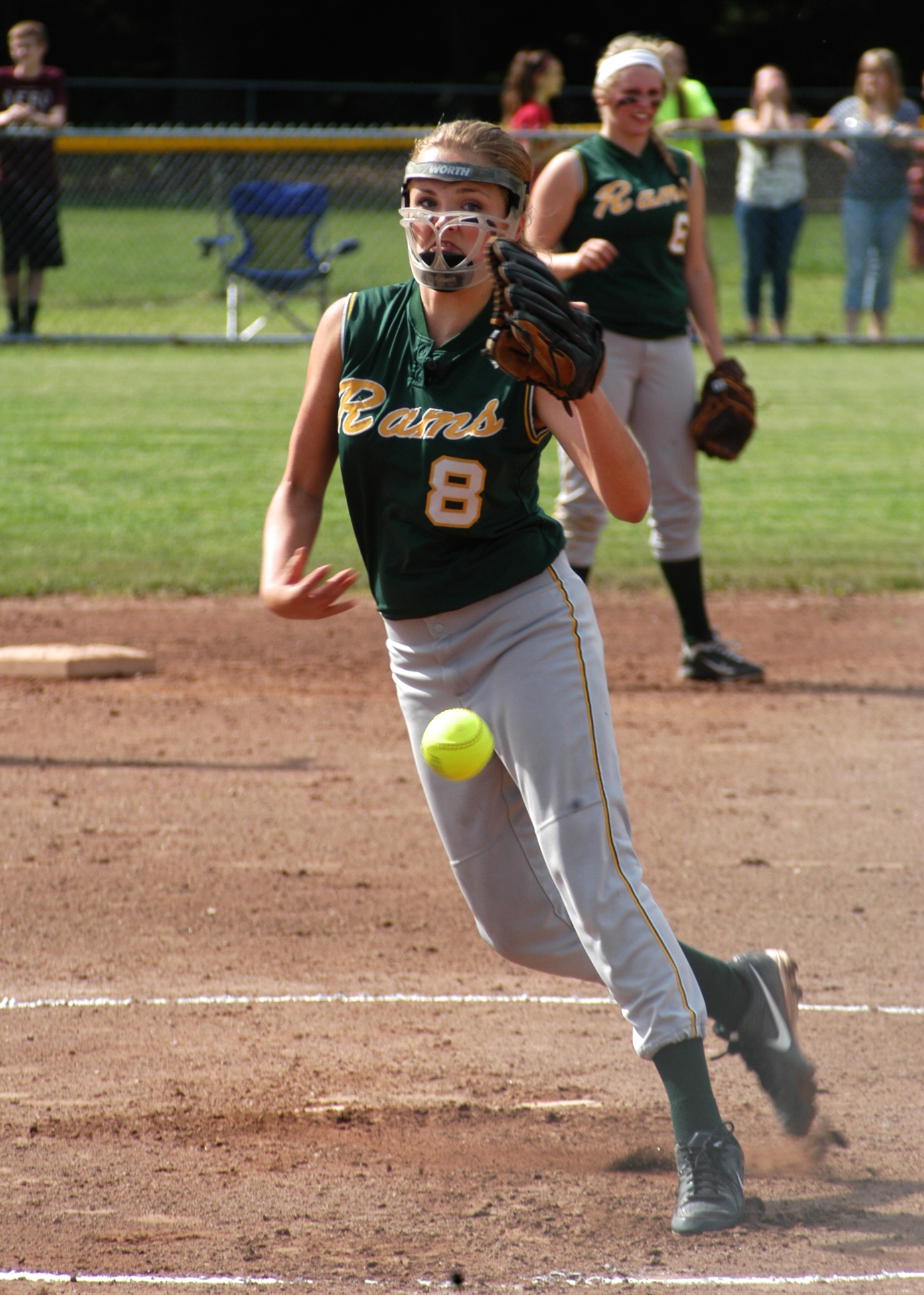 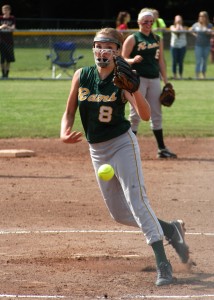 EASTHAMPTON – The Southwick-Tolland-Granville Regional High School softball team got off on the right foot, and stepped away with a victory in its season opener on the arm of its ace and a hard-hitting performance from her teammates.
Southwick sophomore pitcher Emily Lachtara tossed a two-hitter to help lead the Rams past Easthampton 8-0 Monday. Lachtara recorded 11 strikeouts and walked one in a dominating performance on the road.
Sydney Rogers (triple, 2 runs scored), Tori DellaGiustina (2 RBIs), and Jenn Yelin (RBI) each went 2-for-4 for the Rams.