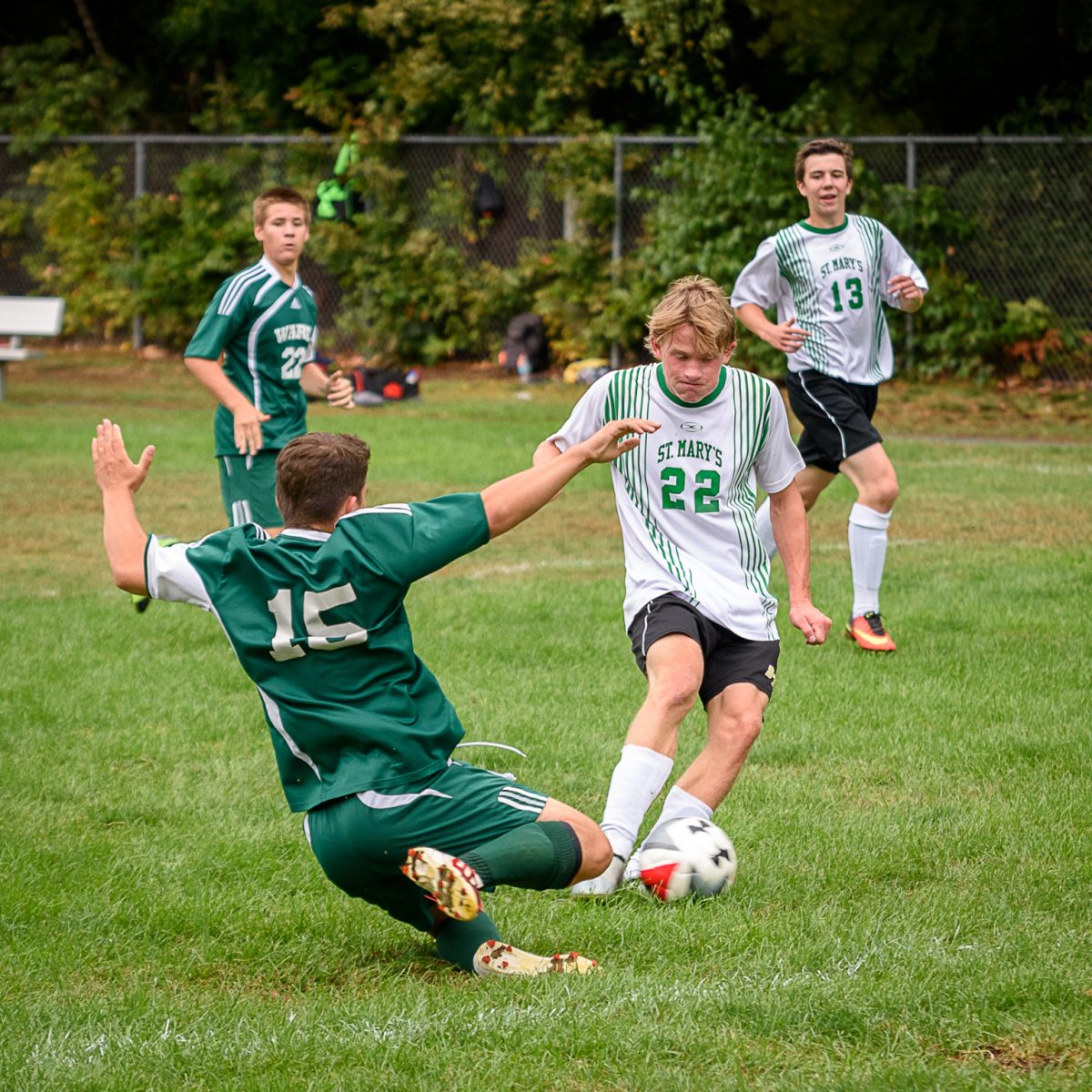 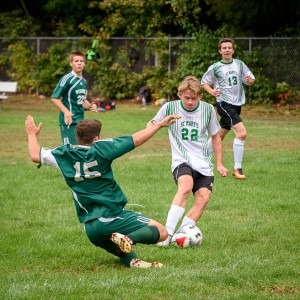 WESTFIELD – If at first you don’t succeed…
The St. Mary High School boys’ soccer team has tried, tried, and tried again to come up with a “W” this season and on Monday finally broke through in the win column with a 5-3 come-from-behind victory over Ware at Westfield Middle School North.
“It was a very good game,” St. Mary coach Bill Lamirande said.
The coach’s son, freshman Jack Lamirande rallied St. Mary with a game-tying assist on Aaron Blanchard’s score, and scored the game-winning and insurance goals to cap a brilliant afternoon.
It was the first two goals of Lamirande’s high school career.
Drew Collins played a key role in the team’s first win of the season, scoring on a corner kick and contributing in the passing game with two assists. Patrick Smith tallied a goal on a penalty kick.
Jacob Butler finished with 18 saves.

Bombers blank Colts
Westfield 2, Chicopee Comp 0
Westfield scored twice in the final 40 minutes to escape Chicopee with a 2-0 victory Monday night.
Mitch Weiss completed a great individual effort early in the second half, burying an impressive opposite foot goal, the first for his career. Dan Winiarski followed that up with a goal on a penalty kick with three minutes remaining.
Ian Saltmarsh earned a shutout in net for Westfield. Saltmarsh made seven saves.

Rams silence SH
Southwick 4, South Hadley 0
Southwick pulled off a shutout on the road to improve to 3-1.