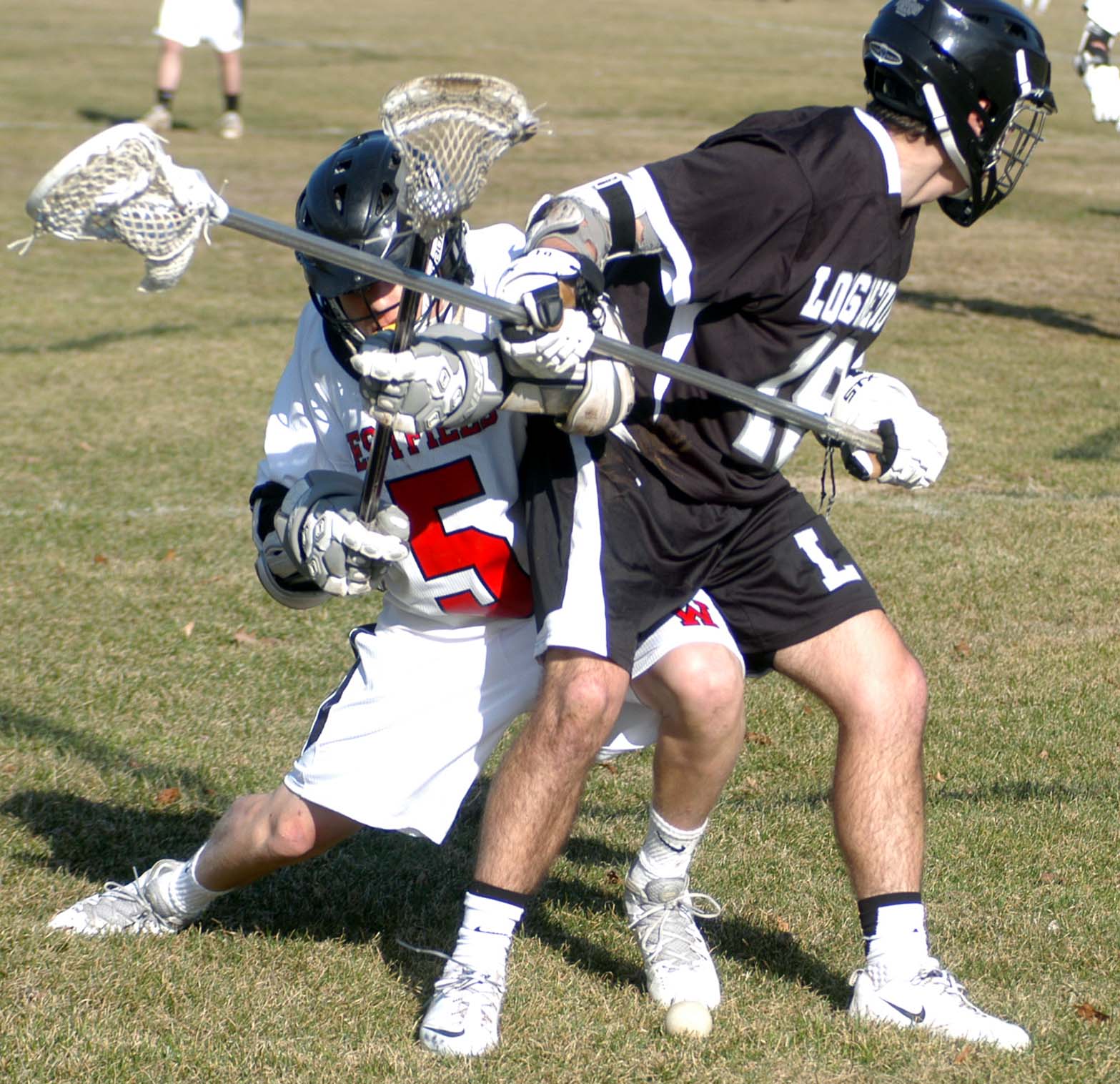 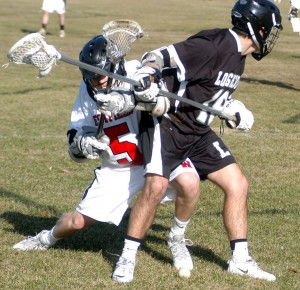 Westfield’s Matt Chlastawa battle for possession of the ball against Longmeadow Thursday. (Photo by Chris Putz)

WESTFIELD – For 12 minutes, the Westfield and Longmeadow High School boys’ lacrosse teams were dead even at one goal apiece. The Lancers were just two goals better in each of the second and fourth quarters.
Westfield put up an incredible fight through three quarters, but fell behind 6-0 early to the unbeaten defending state champions en route to a 12-2 loss Thursday.
Longmeadow (3-0) tacked on two goals within the first 65 seconds of the second quarter, powering its way to an 8-0 lead.
Westfield put together a late first-half surge, managing to crack Longmeadow’s half of the field late in the first half before the Lancers buckled down, packed in its defenders, and denied a goal.
Finally, in the third quarter, Westfield cracked the goose egg on the scoreboard. Bombers’ Matt Chlastawa slung a sidearm shot through an opening in the Longmeadow defense for a score four minutes into the half. Sam Scarfo assisted on the play.
Longmeadow responded, albeit, more than four minutes later to reclaim an eight-goal lead. The Lancers pulled away in the fourth quarter with three more goals. Chlastawa added his second late. Ben Geschwind earned the assist.
Drew Kelleher notched a hat trick for Longmeadow.
“They’re one of the better teams in the state,” Westfield coach Mark Cavallon said. “With that being said, in the second, third, and fourth quarters, we picked it up … It’s a loss, but we’ve got something to build on. We got much better (in those quarters).”