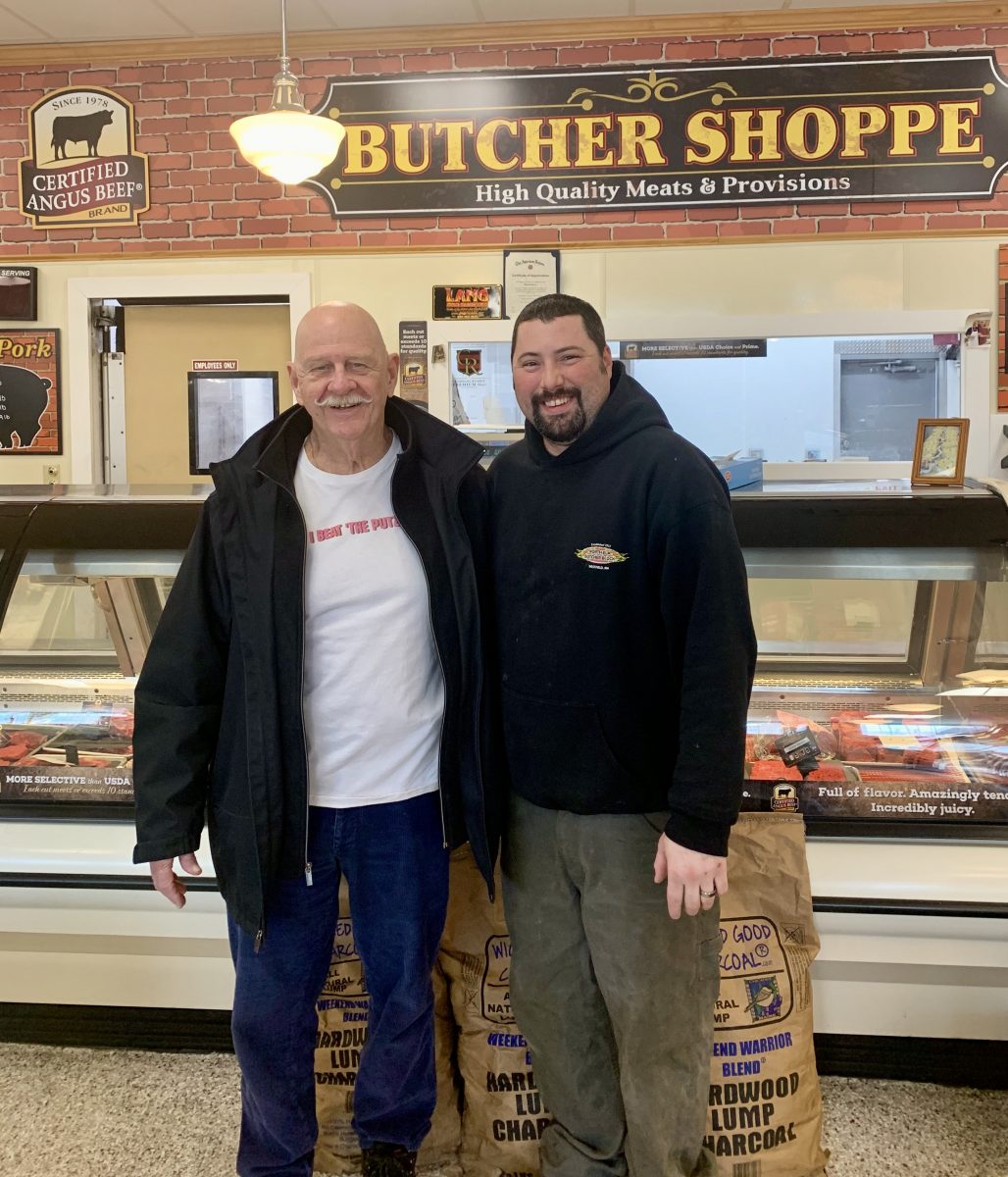 WESTFIELD – The New England Patriots will not be going to their fourth straight Super Bowl on Super Sunday, but one local fan is still okay with that.
Bob Larabee, of Westfield recently became the latest grand prize winner in our “Beat ‘The Putz’” pro football challenge. Larabee will now be treated to a Super Bowl party, courtesy of North Elm Butcher Block. The prize is valued at $1,000. 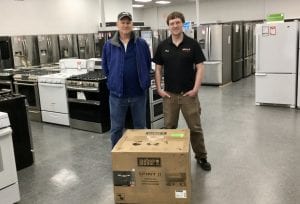 Stan Kozik, of Westfield (at left) stands alongside Manny’s Appliances Store Manager Patrick Barrett. Kozik received a Weber Spirit II gas grill after his winning Week 16 entry was chosen at random from the pool of top weekly winners as part of our “Beat ‘The Putz'” pro football contest.

“It took me by shock,” said Larabee, whose winning Week 6 entry was randomly drawn from our pool of weekly winners. “I won a gift certificate to The Tavern Restaurant – I was happy with that. Then it dawned on me that there were prizes at the end of the year.” 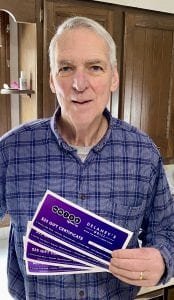 Harold Fullam, of Westfield displays $100 worth of gift certificates to Delaney’s Grill at the Delaney House in Holyoke for winning third place in our “Beat ‘The Putz'” end-of-season grand prize drawing. Three winners were chosen at random from a pool of 17 entries.

Stan Kozik was awarded a Weber Spirit II gas grill from Manny’s Appliances for second place. A third-place prize (a $100 gift card to Delaney’s Grill at the Delaney House in Holyoke) was presented to Harold Fullam. Kozik and Fullam are also both from Westfield.
While Larabee’s favorite team, the Patriots, will not be representing the American Football Conference in Super Bowl LIV – that honor goes to Patrick Mahomes and the Kansas City Chiefs – the grand prize winner is thrilled to have another reason to celebrate the big game.
“This is the centerpiece of our action – outside of the game, of course,” said Larabee, who plans to throw a private party at Slovak Citizens Club for fellow club members. “I have no druthers on this game.”
Although Larabee said he found it relatively easy to beat “The Putz” this season, he did admit that competing against the public was an extreme challenge at times.
Larabee has been playing the contest for nearly 10 years and promises to keep playing for several more years to come.
Who is the next contestant up for the challenge? Be on the lookout for the 2020 version of the contest this fall.