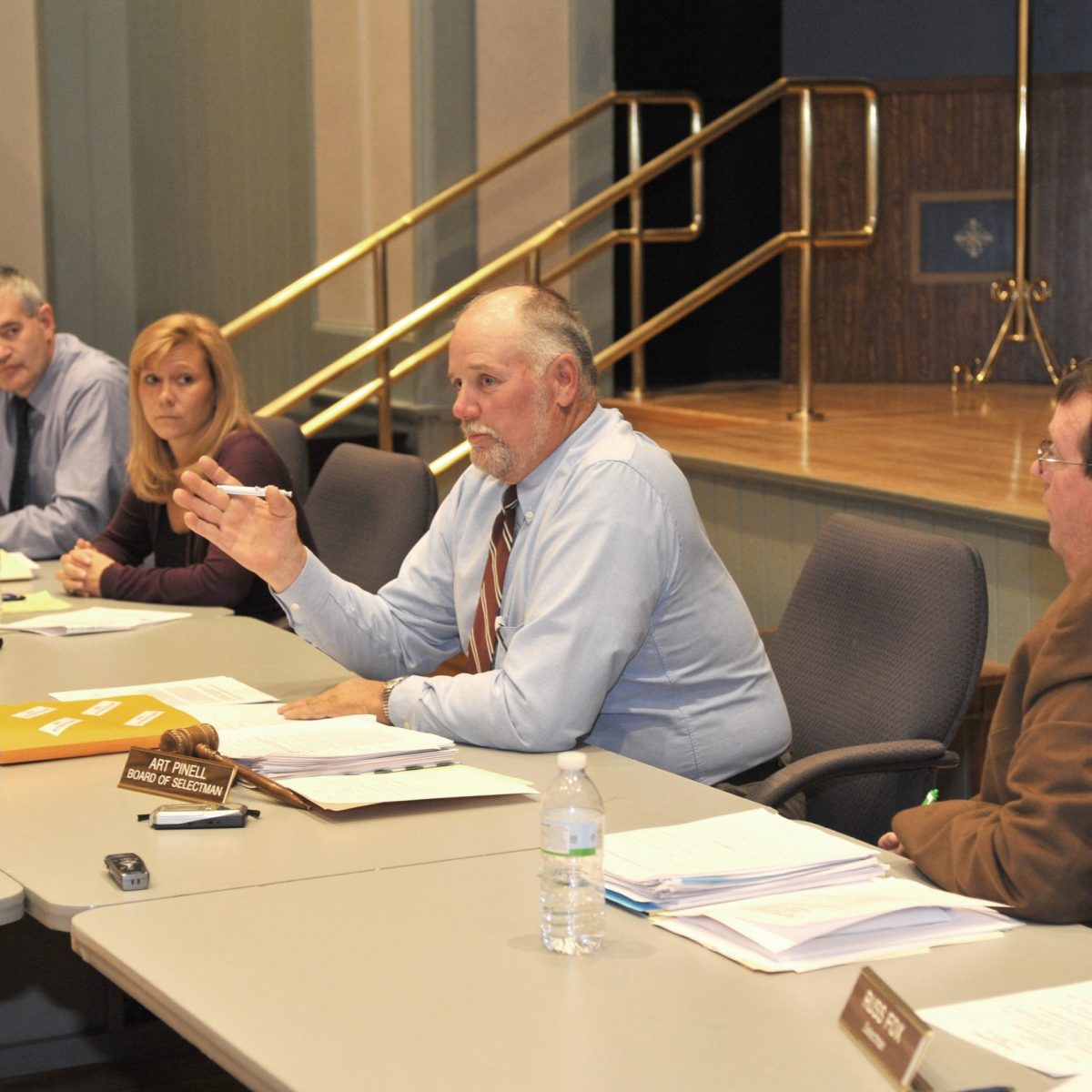 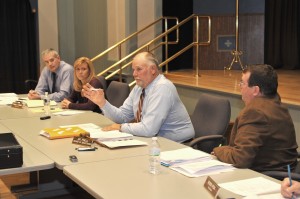 SOUTHWICK – Nearly three dozen people – mostly town employees – listened and spoke out during the Board of Selectmen meeting where conflicts of interest were discussed.
Town Counsel Kenneth Albano of Bacon and Wilson, and Attorney Demitrios Moschos of Mirick and O’Connell, met with the board to offer advice on how it can conduct business because of Selectwoman Tracy Cesan’s dual role on the board and as a town employee.
During public comment several residents spoke out, with some expressing anger at the situation.
“I don’t think we’d be here tonight if you two had accepted her from the beginning,” resident Jack Sinico said to selectmen Arthur Pinell and Russell Fox. “That’s the problem.”
“Your buddy was gone and you got stuck with her. I don’t think it’s her as much as it is you, sir,” he said to Pinell. “You’re going to be gone, count your days.”
Another resident, William Malone, addressed Pinell’s earlier statement that the purpose of the meeting was to simplify the situation.
“You emphasized simplifying the process and it seems to me you are doing everything to complicate it,” said Malone. “It seems to me people on this board have extended contracts and put raises into place – you don’t see the conflict in that?”
Victoria Hickey, a town employee, praised Pinell for his handling of the situation.
“I just want to commend the chairman Art Pinell for trying to keep order for this Board of Selectmen’s meeting as with previous meetings,” said Hickey. “It has been a bit of a challenge and your patience has not gone unnoticed. Thank you.”
Cesan’s own attorney, Timothy Ryan, was not allowed to participate in the meeting but spoke during public comment and said not allowing his participation was a violation of the first amendment.
One of the issues discussed during the meeting was setting a protocol for members of the board when dealing with department heads. It was suggested by Moschos that the board as a whole should give permission to address individual employees. Ryan said that was not practical.
“I am here as an attorney and I spent 10 years as a Springfield city councilor,” said Ryan. “The protocol you’re talking about is impractical. It’s an attempt to stifle an elected member to get real time information.”
Cesan said she was “not going to get railroaded into not governing.”
Cesan’s husband Paul asked a series of questions, including what is the table of organization of the town and why the board doesn’t use those organizational protocols.
Pinell admitted the board had become lax over the last few years when it came to following those protocols.
He also asked Albano if the state ethics commission could override protocols put in place, and opinions of town counsel, and if so, why didn’t the board go to the commission rather than pay Moschos as an additional town counsel at a cost of $180 per hour.
Albano said the commission could override a decision if it did not agree with it. He also said it “is not uncommon” for the commission to send a request back to a town to seek an opinion of its counsel.
References were made to a “claim” Cesan has against the town. Albano said because it was filed by Cesan as an employee prior to her election, he felt it could create a conflict because he counsels the board and Chief Administrative Officer Karl Stinehart. Because Stinehart is Cesan’s boss by day, but Cesan is Stinehart’s boss by night, Albano believed there could be a conflict and therefore the town hired Moschos mainly to represent Stinehart.
Cesan stressed that she is not suing the town. She said the word claim was used, but that is not accurate. She filed a complaint.
“I do not want people to think I have a lawsuit against the town.  I do not,” Cesan said. “I’m only fighting for my constitutional rights to govern and work in an environment free of hostility.”