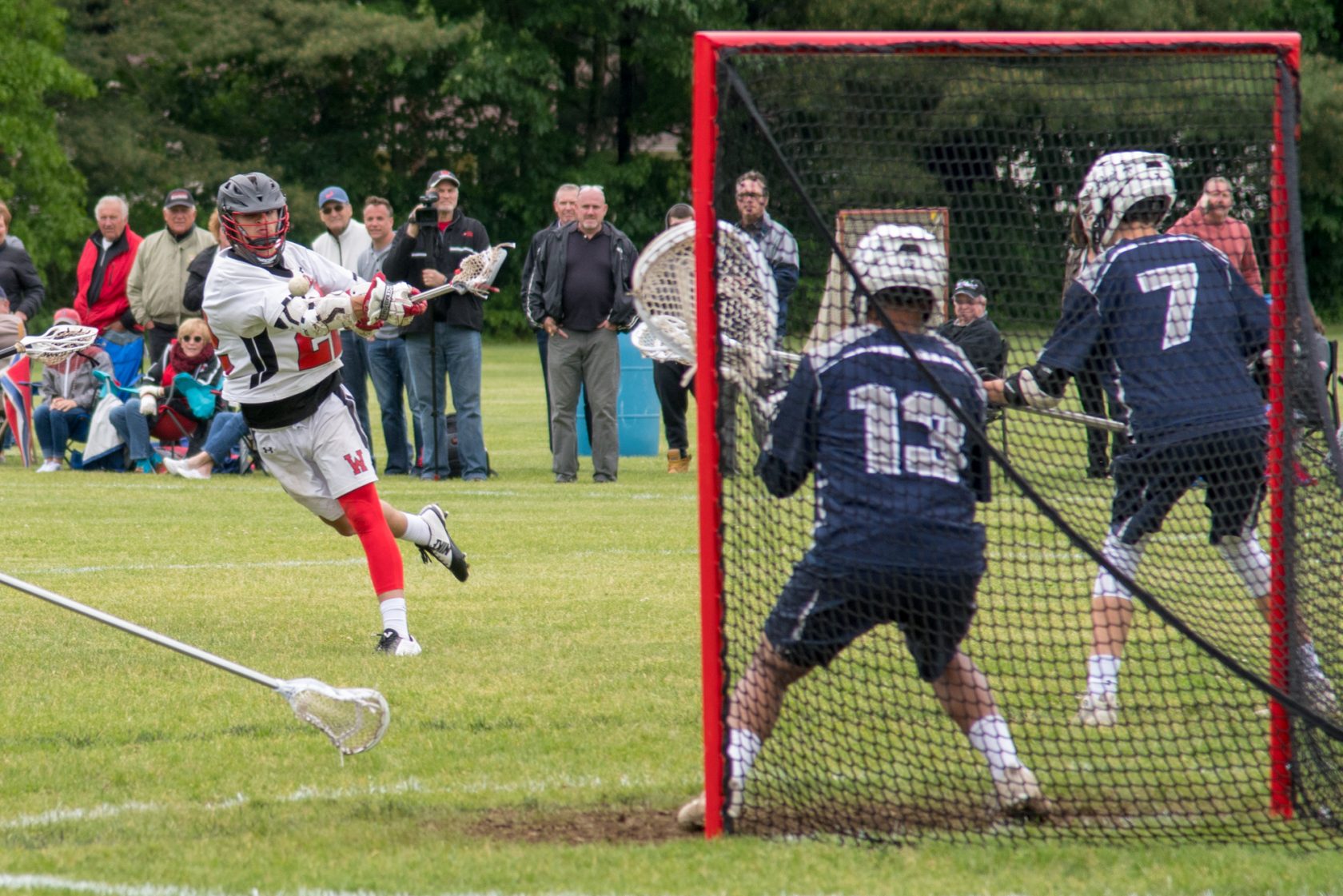 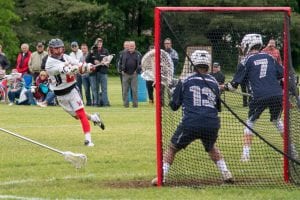 Westfield’s Max Maggipinto zips a rising shot into the back of the net during a 2018 West Sectional tournament opening round home game against Northampton. The Bombers will play the majority of their home games this season at Roots Athletic Center on Root Road due to field concerns at WHS. (Staff File Photo)

WESTFIELD – Westfield High School lacrosse is on the move.
The Westfield boys and girls lacrosse teams will have a new home this spring with the majority of games expected to be played at Roots Athletic Center, WHS athletic director Daniel Trudeau announced Monday.
“This has been our plan all along,” Trudeau said, noting the city’s Parks & Recreation Department’s involvement in securing safe playing conditions by treating the fields at the high school over the next several weeks.
“We are making efforts to improve our natural playing field, so we are trying to keep people off of it,” Trudeau said.
To ensure Westfield’s home portion of the 2019 spring schedule is not disrupted, Roots Athletic Center officials have agreed to renew a partnership with the Bombers. The cost is being taken offset by funding through the school’s Booster clubs.
“Roots has been a good partner,” Trudeau said.
Nearly the entire April portion of the spring schedule has been shifted to Roots turf field. It may not be Westfield High’s true “home” field, but it will suffice, according to school officials.
“Part of high school sports is building chemistry,” Trudeau said. “You build chemistry by overcoming adversity. Our teams will be facing a little bit of adversity by asking (them) to not necessarily practice at the high school every day. I see this as part of what overcoming challenges (is all about).”
The Bombers are no stranger to adversity.
Just last year, the school’s soccer teams moved a smattering of late season contests from Bullens Field to Roots due to unsafe playing conditions at the field located directly behind Westfield Technical Academy High School. The Thanksgiving Day football game against Minnechaug Regional was moved to Westfield State University.
Then, during the winter, a leak in the roof forced the Westfield High School boys basketball team to move a game to the Westfield Technical Academy Tigers’ home court.
The WHS boys lacrosse team will open the season Tuesday against Agawam at Roots Field at 4 p.m. The girls lacrosse team begins play Friday against Northampton.
“Obviously our fields are in bad shape so we’re grateful to have a place to practice and play games,” Westfield High girls lacrosse head coach Paul Fenwick said.
While minor concerns such as transportation issues and the presence of a medical trainer are being hammered out, Fenwick is primarily concerned with how his players adapt to playing on a turf field.
“Our home grass field – we know every inch of it,” coach Fenwick said. “With turf, (the players) will need to get used to scooping up ground balls and other things … because the ball moves a lot faster.”
Practicing and playing on turf will prepare Westfield for other turf-centric sites like South Hadley, West Springfield and Agawam.
“When we play those teams, we will be more ready for them,” Fenwick said. “There will be an adjustment to playing on grass. That will be like foreign soil for us.”
The move to Roots has been a blessing, of sorts, in that the high school lacrosse teams, for the first time are not roaming the halls of the high school or searching for a dry piece of pavement in between snowbanks.
“It’s been nice not having to practice in the gymnasium or parking lot for the first couple of weeks of the season,” Westfield boys lacrosse coach Mark Cavallon said. 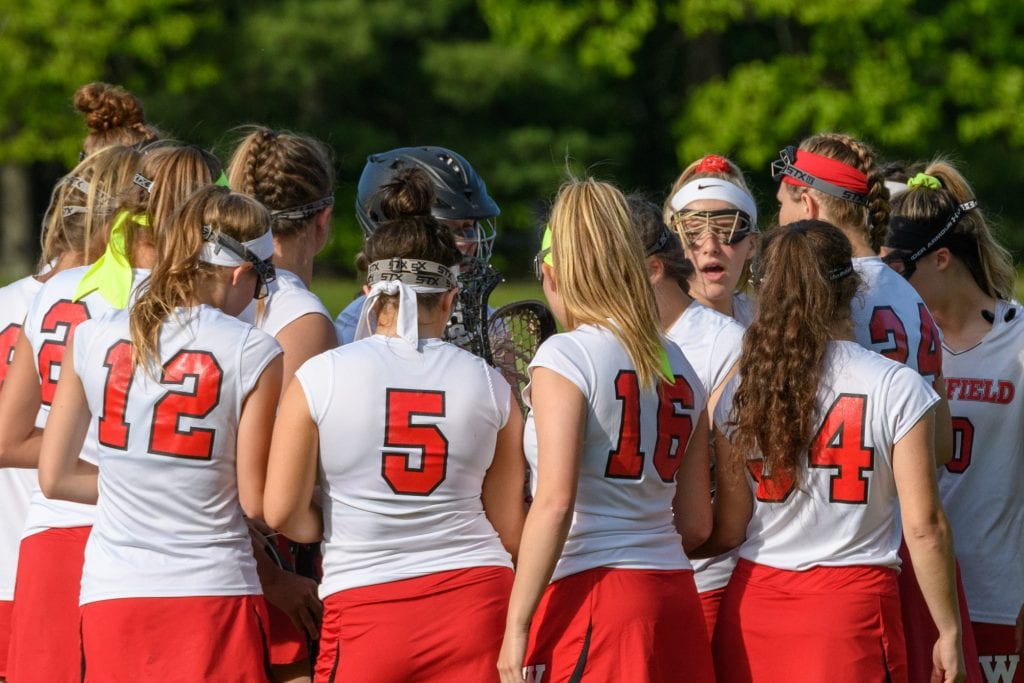 The Westfield High School girls lacrosse team will play the early portion – if not all – of its 2019 home games at Roots Field while the Bombers’ field undergoes maintenance by the city’s Parks & Recreation Department. (Staff File Photo)