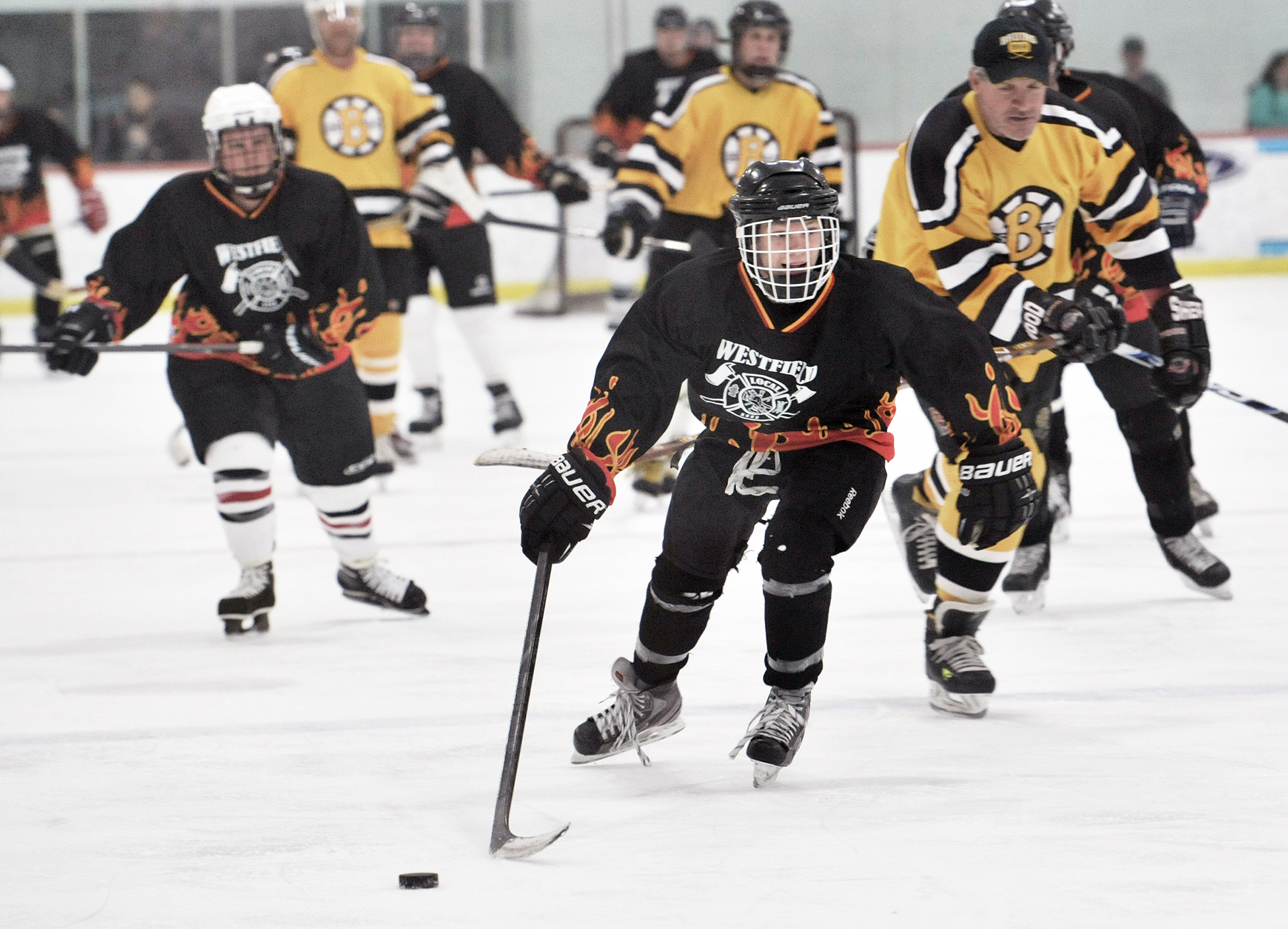 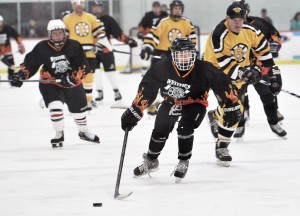 Craig Shacker, foreground, of the Westfield Firefighters team, moves the puck during the 2014 fundraiser with former members of the Boston Bruins at the Amelia Park Ice Arena. (Photo by Frederick Gore)

WESTFIELD – Fans flocked to Boston to celebrate the New England Patriots Super Bowl victory. Hype around the Red Sox with celebrated offseason additions Hanley Ramirez, Big Panda, and Cuban sensation Yoan Moncada (signed Monday for $63M) has others making trips to spring training.
All that is left for local fans to do is take a trip to the Hub to cheer on the Boston Celtics, or Bruins, who recently ended a six-game slide with a win over the Chicago Blackhawks (Sunday).
But why travel? The Bruins are about to skate in to the Whip City. 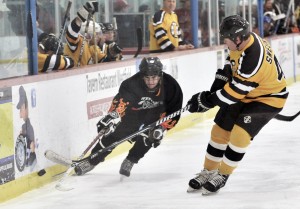 On Sunday, the Westfield Fire Department Union Local 1111 will welcome back the Black & Gold (Bruins) Legends for their annual free charity ice hockey game at Amelia Park Ice Arena. The puck is set to drop at 4 p.m.
“Westfield is a hockey town, and this fundraiser for our Local 1111 is our chance to give back to our community and keep functions alive within our union,” said Ray Neilsen, local firefighter/event co-ordinator.
Sunday’s charity game will feature former Boston Bruins such as Reggie Lemelin, Bob Beers, Andy Brickley, Steve Rooney, Guy Larose, Quintin Brickley, and goalie Mike Boccuzzi. 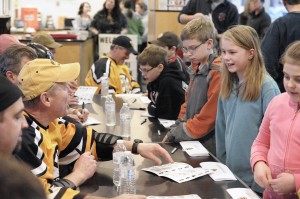 The Bruins’ Legends will compete against members of the Local 1111 (firefighters and EMTs), and other noted members of the community.
“We’re hoping to fill the place,” Neilsen said. “It’s just a great event. Come out and have a good afternoon.”
The game will feature two 25-minute periods with a short intermission when the Black & Gold Legends will sign autographs. There will be a Chinese raffle with sports memorabilia, featuring the Bruins, Patriots, and Celtics, being auctioned off.
The Honor Guard will present the colors, stars, and stripes, and young, teenage singing sensation Julia Bussell, of Westfield is expected to sing the national anthem.
A few spots still remain for a youth clinic, involving Lemelin and Larose, set up to begin one hour prior to the game. A one-time fee of $30 is due to participate in this event. Participating youths will also join the Bruins Legends on the ice during pregame ceremonies.