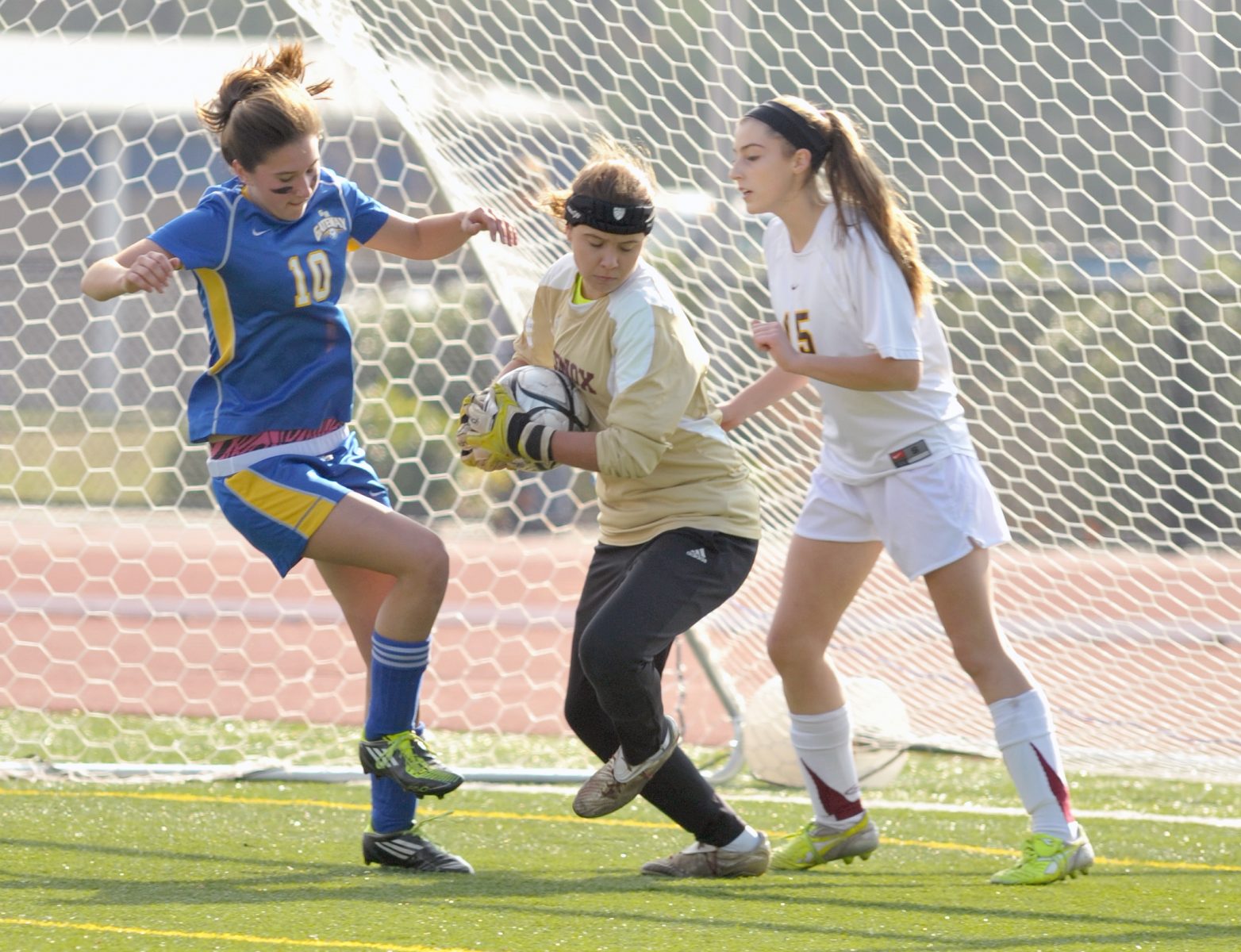 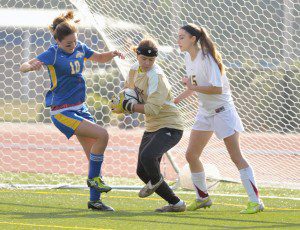 WESTFIELD – Today, the Lenox High School girls’ soccer team is feeling like, well, a million bucks.
No. 1 Lenox cashed in on goals from two different scorers to defeat sixth-seeded Gateway 2-0 in the Western Massachusetts Division III finals at Westfield State University.
Sophomore midfielder Josie Marshall had one goal and one assist to lead Lenox, while the Millionaires’ defense shut down the Gateway offensive drive. The Gators attempted just two shots on net – one in each half from the team’s lone senior forward, Jamie Pease.
“They’re really good in the middle – they have a lot of skills,” Pease said of the opposition. “We weren’t able to get (the ball) outside to make our crosses into the middle of the field.
Lenox came out firing from the opening whistle, and the constant pressure finally bent the defense backward.
The Millionaires had two corner kicks in the first four minutes, a direct kick that Gateway goalie Brooke Fairman, the team’s only other senior, scooped up after a deflection in the 10th minute, and a corner kick in the 15th minute that resulted in the game’s first goal.
Sophomore Allie Connell blasted a corner kick to the far post, allowing Marshall to tap the ball into the back of the net for a 1-0 lead.
In the 28th minute, senior forward Jamie Pease nearly tied it. Pease attempted to squeeze a shot in between two defenders, but the ball was turned away.
Early in the second half, she made a run along the sideline, creating an opportunity for herself. Lenox senior goalie Kathy Prescott (2 saves) collected the shot.
The Millionaires responded with a drive of their own.
Lenox freshman midfielder Allesandra Arace scooped up a ball left deep in the penalty box by Marshall and tapped it into an open net. Fairman had come out to make the initial save, but the ball squirted free and the Millionaires capitalized.
Gateway could not muster a goal in the final minutes.
“My girls played really well,” Gateway coach Steve Estelle said. “We had freshmen and sophomores playing all over the place. We made some nice runs once we got past the midfielders.”
Estelle commended one of his juniors, Kendall Rooney, for her solid midfield play.
“Brooke had a wonderful game, the rest of the girls played with heart, and we had a lot of chances,” the Gators’ coach added. “If Jamie’s kick was six inches higher, we would have been looking at a 1-1 tie.”
Fairman finished with eight saves.
“You have to learn by experience,” Estelle said of his young squad. “I don’t think (Lenox) destroyed us. They didn’t dominate us. Their midfielders generated their offense. That’s where we lost the game.”
The sports careers of the team’s two seniors are far from over as Fairman is expected to start at the forward position for the basketball team this winter; Pease is a first baseman-centerfielder for the softball team. 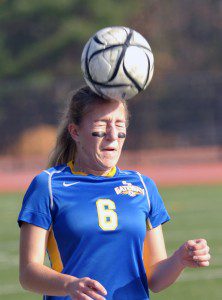 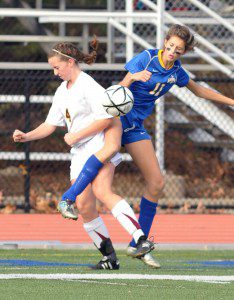 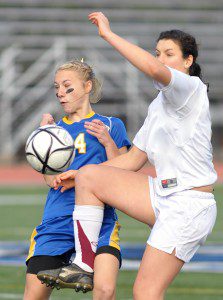 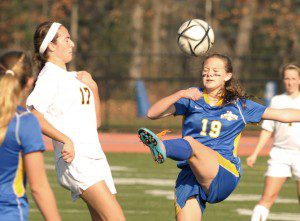 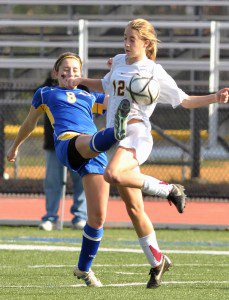