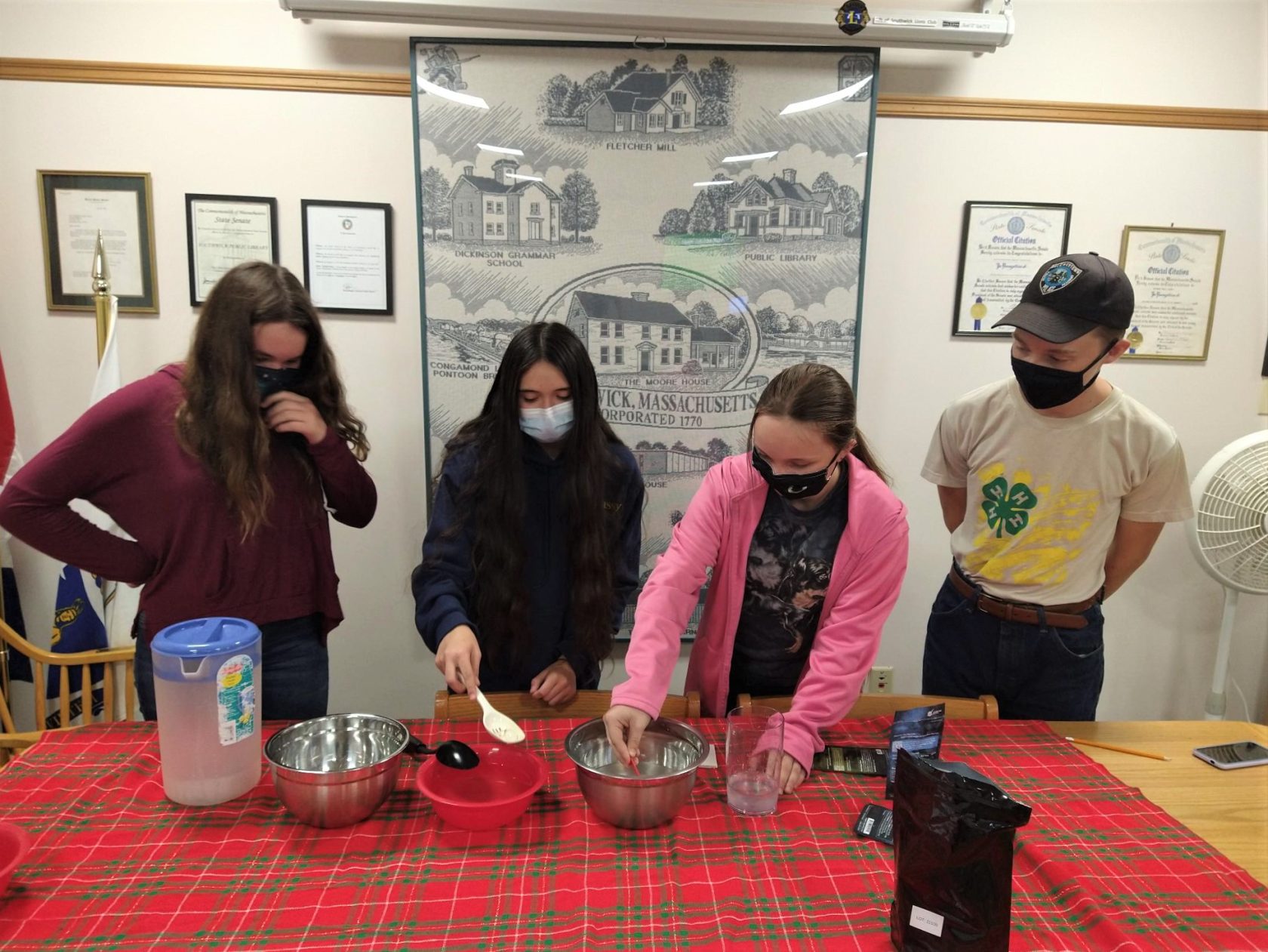 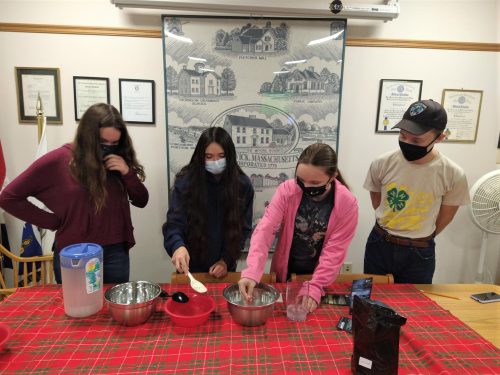 SOUTHWICK — A handful of teens joined young adult librarian Heather Paparella at the Southwick Public Library on Sept. 28 to consider the impact of disposable packaging on the environment, and to create an edible water container for the interlibrary Climate Preparedness Week.

The teens viewed several videos and discussed climate change and the causes of greenhouse gases, 29 percent of which come from disposables, according to one video.

They also discussed why reducing consumption of one-time disposables is more important than recycling them, and the current difficulty in getting plastic recycled as foreign countries limit imports of U.S. plastic waste. According to National Geographic, only 9 percent of plastic is currently being recycled, the students learned.

According to the information presented at the program, it takes 30 years for plastic bags and coffee cups to biodegrade; 450 years for water bottles and plastic cups; and 500 years for disposable diapers and plastic toothbrushes.

Ideas presented to reduce consumption included saying no to plastic bags, plastic utensils and napkins for takeout, and using refillable water bottles. Paparella said they were being challenged to reduce their consumption of disposable plastic.

“How can we make choices every day on single-use disposables to serve the environment,” she said. 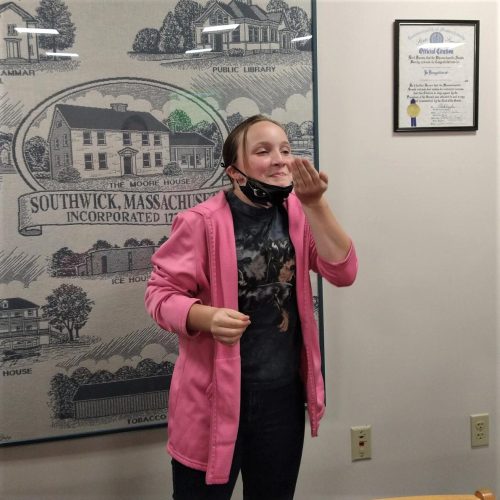 The group then did a hands-on project to create edible water bubbles in a simple experiment using calcium chloride and sodium alginate. Ingredients can be found at modernistpantry.com.

“We mixed sodium alginate with water until it formed a gel-like consistency. We let that mixture sit overnight so that the bubbles were able to escape. Then, we spooned the sodium alginate into a solution of water and calcium chloride. After about one minute, allowing for a chemical reaction to occur, we took out what were now balls of water encapsulated in a gel-like shell,” Paparella explained.

She said the process is called “spherification,” and can be used to create the bursting boba at a frozen yogurt shop. “We just made ours much bigger,” Paparella said. She said the mixture worked perfectly with water, producing gel-like edible bubbles, which the teens enjoyed sampling after they made them. Experiments with Kool-Aid did not work as well.

“We were pleased that it worked perfectly with the water, however. Overall, we think this [was a] fun alternative to a plastic bottle, but has some ways to go before it replaces the traditional water bottle,” Paparella said, adding that the bubbles would not be easy to carry in a backpack or pocket, since they run the risk of bursting. 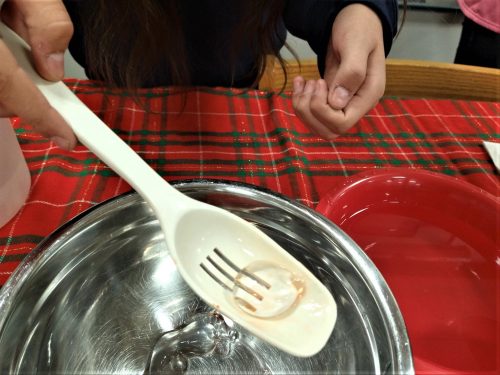 “While you can just pop the whole ball of water in your mouth and eat it, some of the students had a hard time getting past the texture and flavor of the alginate coating, which is made from brown seaweed,” she added. 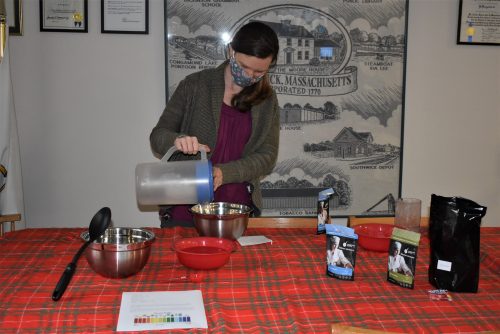