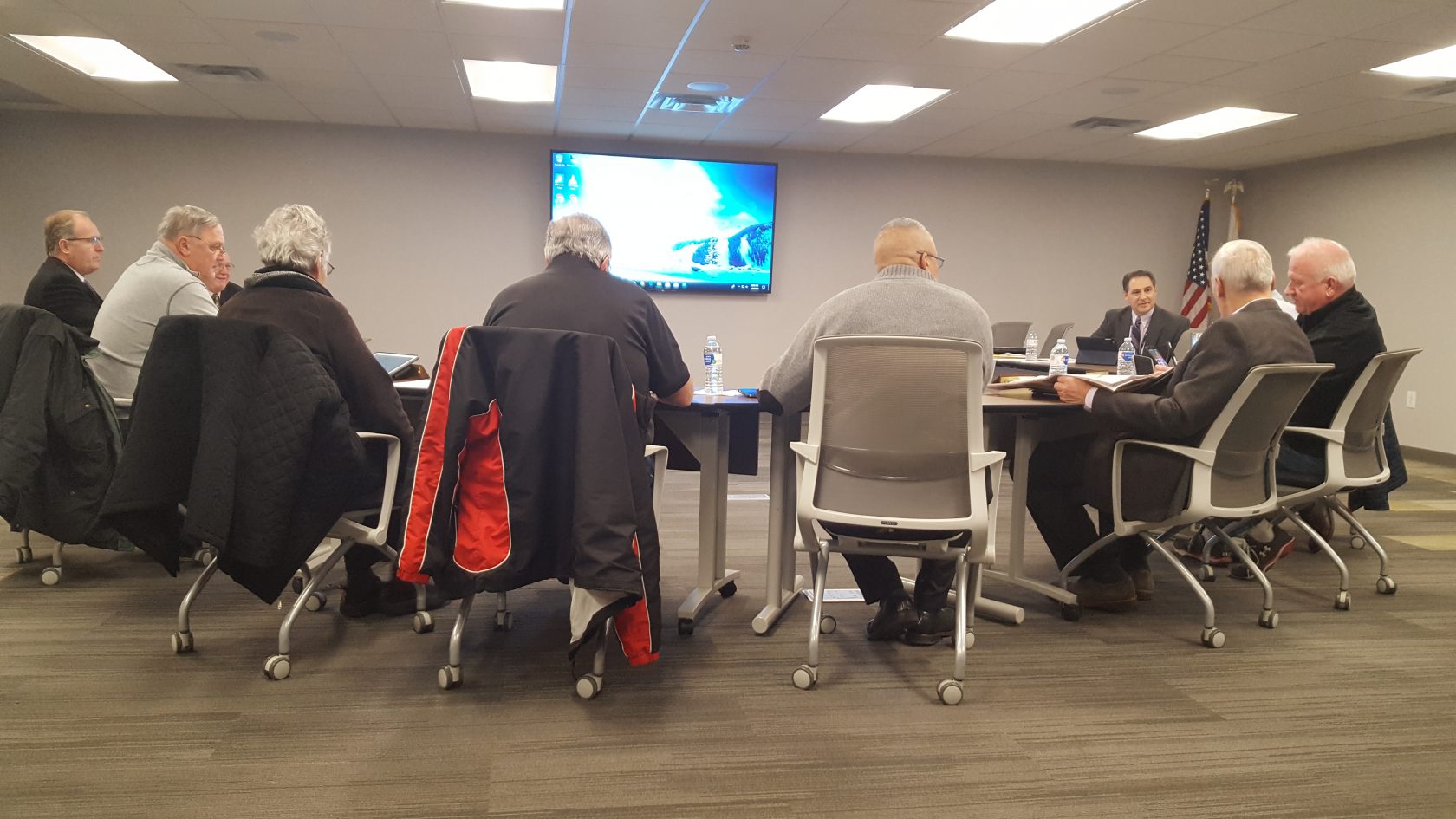 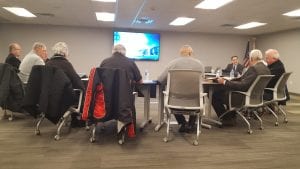 The first Municipal Light Board meeting of 2019.

WESTFIELD- The Westfield Municipal Light Board met Wednesday evening for their first meeting of the new year and the first meeting featuring Ward 5 Commissioner Tom Flaherty.

Much of the meeting was focused on housekeeping for the board to bring in the new year. Ward 6 Commissioner Robert Sacco was elected to be the new chair of the light board, beating out Ward 2 Commissioner Ray Rivera by just one vote. Commissioners Liptak, Sacco, Roman, and Kelleher voted for Sacco while Commissioners Flaherty, Rivera, and Wensley voted for Rivera.

The notion of electing a vice chair was brought up, but Sacco noted that the position is not required to be filled under the light board’s bylaws. Instead, Rivera was unanimously elected as chair pro-tempore in the event that Sacco is unable to attend a meeting.

The board moved on to a review of sub-committee assignments. Commissioners Flaherty and Wensley volunteered to be on all four sub-committees for the light board.

General Manager Tony Contrino moved on to discuss the quarterly Power Line publication. The publication is sent out to customers of Westfield Gas and Electric and highlights the benefits of being a customer.

“We have an ongoing effort to make customers realize how low the energy costs are in Westfield,” said Contrino, “Customers for Eversource and Columbia will be paying 52% more than gas and electric customers of Westfield.”

Contrino added that because it is the first publication since he became General Manager, he took out a lot of space in the back to make his remarks.

“I had a lot of things to say,” said Contrino.

In this edition of Power Line, the Columbia Gas Merrimack Valley incident was discussed. Contrino said that the State of Massachusetts will be doing inspections of gas systems throughout The Commonwealth. The Columbia Gas incident was a malfunction of their natural gas lines in the communities of Andover, North Andover, and Lawrence in Northeastern Massachusetts. The malfunction caused gas to leak into hundreds of homes and lead to several explosions. One man died when an explosion caused a chimney to fall on his car.

The final item on the agenda touched on by the light board was the active open meeting law violation complaint against the board. Sacco read an update that stated the person who made the complaint has until February 6th to decide to take further action.