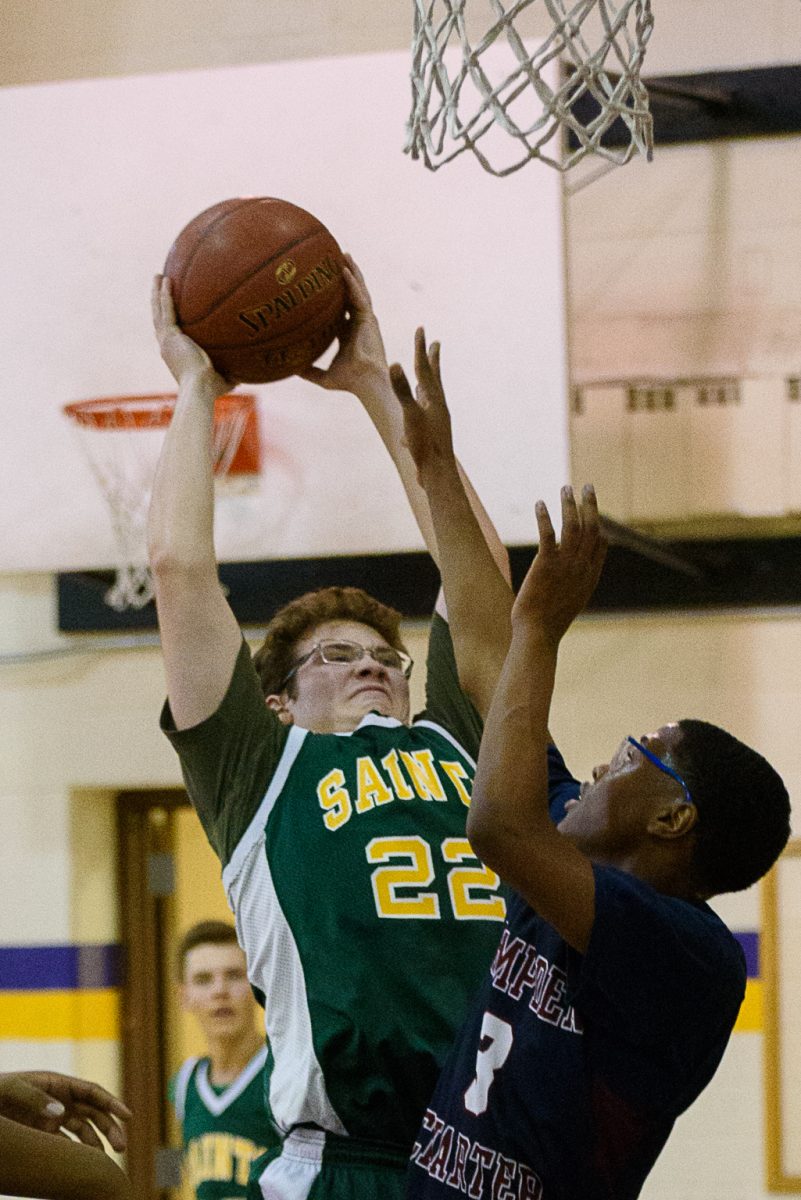 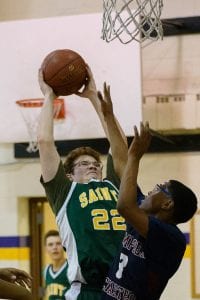 WESTFIELD – On Thursday and Friday, boys basketball teams from St. Mary’s, Westfield Technical Academy, Gateway Regional and Hampden County Charter School of Science will take the court at Westfield Tech to celebrate sportsmanship and raise money for local families battling cancer.
Westfield Technical Academy High School boys basketball head coach Kyle Dulude started the benefit back in 2015 to honor his mentor, longtime basketball coach and carpentry teacher at the school, John Wiley. Wiley led the team to its last championship back in 2003.
“He’s really the reason why I started this tournament,” Dulude said, “I want to keep his memory going and recognize someone that was an awesome staff member and put in the effort in everything he did.” 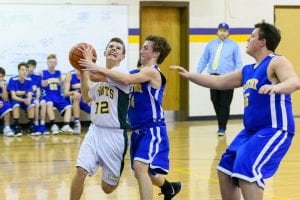 Dulude added that all of the proceeds from the event go into the John Wiley Scholarship for a senior at Westfield Tech and directly to the families the schools are representing as well. The tournament is now dubbed, the “Box Out Cancer Challenge.”
Dulude explained that each school is representing different members of their communities and will be wearing shirts to recognize who they are playing for. Westfield Tech will be playing for two staff members, Matt Gomes and Liz Cain. St. Mary’s is playing for Dorrie Daly. Gateway is playing for several grandfathers in the community. Hampden County Charter is playing for Daphne Correa.
He explained that one of the important parts in organizing this event is the fact that kids tend to remember these tournaments and community efforts much more than regular season games.
“Not only is it a time of reflection and supporting those in need but it gives the kids a chance to kick off school vacation and the holidays in a really positive and memorable way,”Dulude said.
The tournament itself kicks off at 5:30 on Thursday with a matchup between St. Mary’s and Hampden County Charter, followed by Westfield Tech and Gateway. Then on Friday, the winners from Thursday play in a championship game while the losers play in a consolation contest. 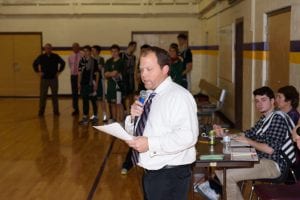 After the tournament ends Dulude added that they will be holding a raffle and having pizza for the kids and their families to offer the teams a unique experience to get to know one another. “Usually after the games you don’t really interact with the other teams but here everyone’s having pizza afterwards and getting to know each other off the court; it’s been a great experience in the past,” he explained. “It really gives the kids a venue to experience something special outside of the game.”
Dulude also noted that one of the great things about the tournament is seeing people that have survived come back and enjoy the tournament. “It’s usually a great turn out and it’s awesome to see that a lot of people that we’ve played for have survived and come to watch the games in later years,” he said.
While Dulude is the brains behind the whole event, he explained that he could not have accomplished this without the other coaches like St. Mary’s Joe Molta, Gateway’s Kevin McVeigh, and Hampden Charter’s Rich Jones.
“It’s nice having all of the coaches on board and that they understand how important this is,” Dulude said. “Without their help and donations we wouldn’t be able to provide the experience we do now. …As a coach I want to be able to provide an experience for the high school players to celebrate sportsmanship and to create opportunities for them to have really positive experiences as a part of the team.” 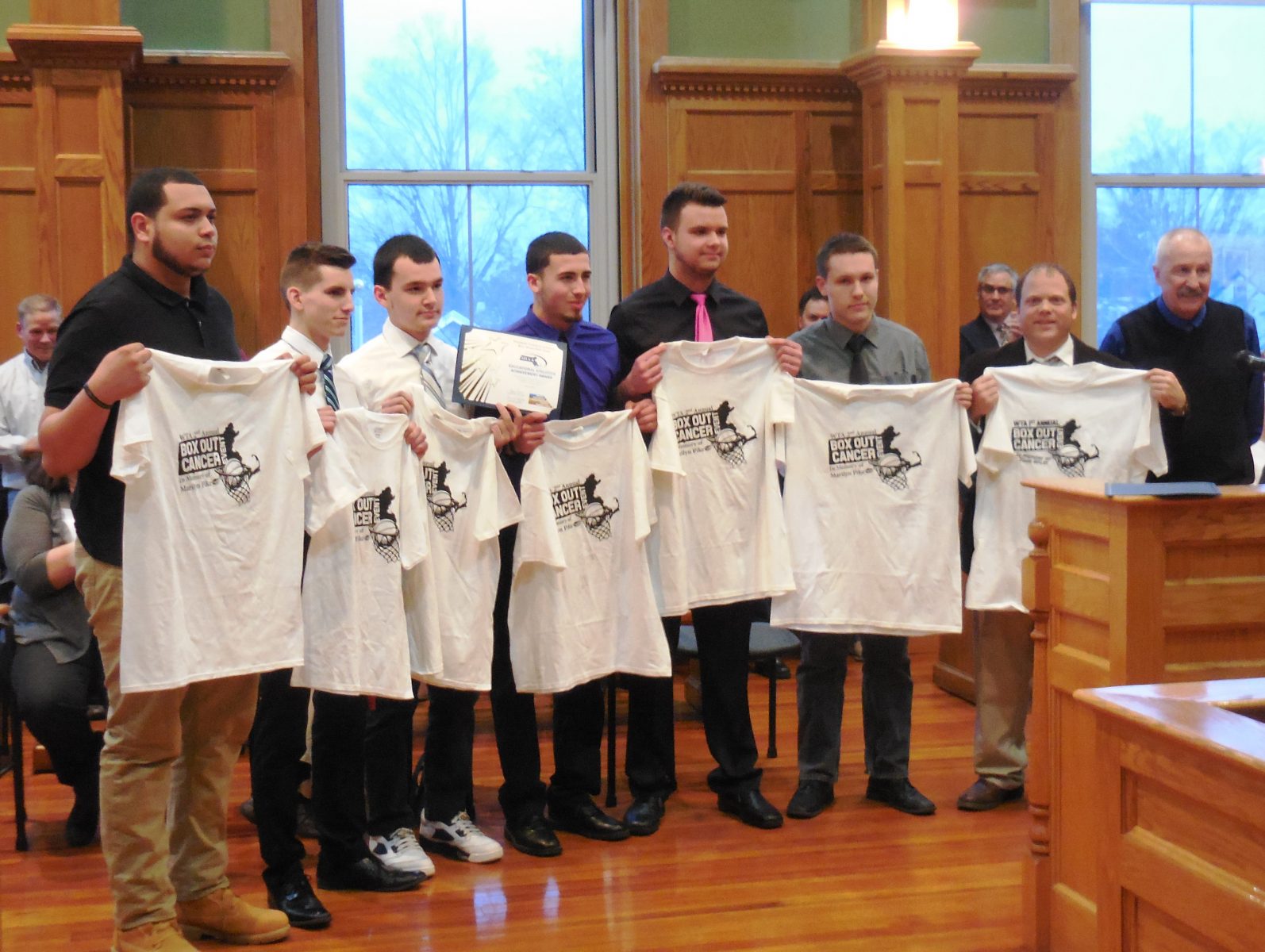