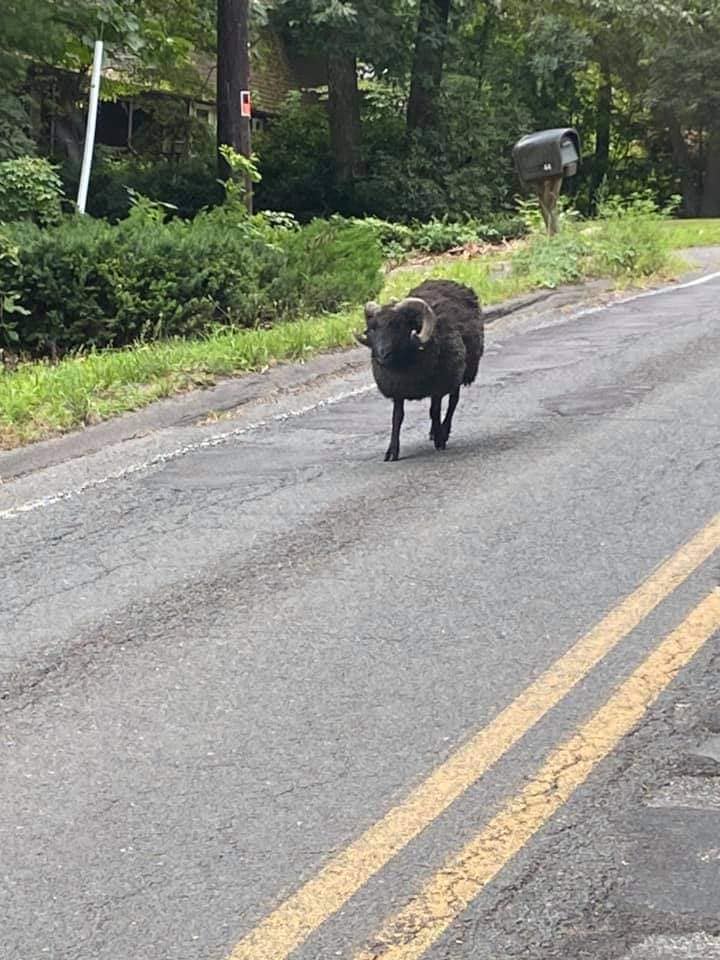 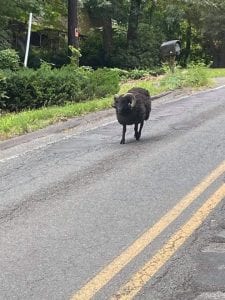 The ram that sent Officer Malone on a low speed chase on Tannery Road. (FACEBOOK PHOTO)

SOUTHWICK – Southwick Police Officers were sent on a manhunt of sorts Sunday morning when local farm animals got loose from their pens and began walking through streets.

Officer Ernest Malone was sent to Tannery Road to wrangle a loose ram that had been walking down the middle of the street. After the ram refused to stop, Officer Malone entered a low speed pursuit before he was able to get close enough to wrangle it and contact its owner, who was able to take custody.

Shortly after, Officer Malone was called to South Longyard Road where there were reports of about 10 chickens wandering freely through somebody’s yard. Officer Malone got the help of Sgt. Rhett Bannish to gather the flock, some of which were reported to have crossed the road. Each of the nearly dozen chickens was returned to their owner.

“The dispatch center received calls of a loose ram on one side of town and loose chickens on the other side of town. Officers were able to secure the animals at each location and then were able to contact the owners who came and retrieved the loose animals” said Police Chief Kevin Bishop. “Calls like this just show how well-rounded officers have to be in today’s age to respond to all types of calls at any given time.”