SOUTHWICK – The Southwick Select Board voted June 7 to promote two Southwick police officers to the rank of sergeant following a remote interview of three candidates.

In their interviews, both men said that they aspire to one day become the chief of Southwick Police. Arduini said that he has a maximum of 10 years left in the department and hopes to move quickly up the ranks. He had interviewed to become a sergeant two years ago but did not get the job at that time. 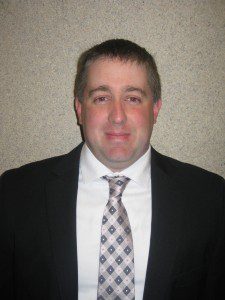 After failing to receive the promotion in his first attempt, Arduini said he went back to school and got his masters degree.

When asked if he sees any problems with the way the police department is run, Arduini said, “I think this place is run about as smoothly as any other department I have ever seen.”

Taggart made a point that police officers need an outlet for stress relief and should work to care more about each other’s mental health.

“With the current stress of the job, we kind of forget about each other,” said Taggart.

He said he would like to see more friendly get-togethers within the department.

He said he earned a Bachelor’s degree in Criminal Justice before taking an internship with the police department in Portsmouth, NH where had the role of Elder Affairs Officer.

Both candidates touched on the topic of police reform. On Dec. 31, Gov. Charlie D. Baker signed “An Act Relative to Justice, Equity and Accountability in Law Enforcement in the Commonwealth,” which is meant to increase police accountability and establish a mandatory certification process for police. 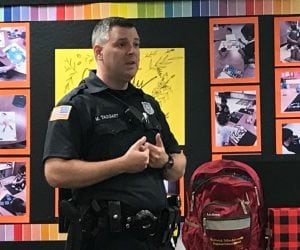 “Everybody keeps each other in check,” said Arduini.

He said that if he was on patrol and saw another officer engaging in misconduct, he would step in and tell the officer that what they are doing is not okay.

Taggart said that Southwick police will nonetheless need to put in the extra work in regards to police reform “to really stay on point.”

“I don’t think we will have a huge problem with police reform because of the caliber of the people we have here,” said Taggart.

Select Board member Russ Fox said that he chose Arduini and Taggart because they both met his preferred requirements.

Board member Joseph Deedy said that he would have hired all three men if he had the option.

“I don’t want to count Massai out, I think he did a great interview,” said Deedy.